We’re all doing it when we’ve got five minutes to spare, it’s getting more and more popular every year, even Lana Del Ray is singing about it. Playing video games. And for five days in September, the city of Melbourne will host the biggest independent games festival in the country.

“The aim of the festival is to connect with the artistic and creative side of game development,” says Freeplay Festival’s director, Paul Callaghan. “There are lots of events that look at the consumer, and there are events that look at the business side, but there is very little looking at video games as art. Video games are cultural products and that is what the festival focuses on.”

Freeplay is a five-day event held around Melbourne, including the State Library of Victoria and ACMI, that explores the intersection of the multiple artforms that influence and inspire games plus the technical side of games development, gaming culture and education.

“There will be conference stuff for practitioners – this year we’ve got a developer program aimed specifically at people who want to make games and build a studio. But we’ve also got a public studio where people can come along and play local and independent games. It’s a big hodge-podge of games and ideas.”

Naturally Callaghan comes from a gaming background. He is an independent game developer and has worked in the games industry since 1998 as a programmer, designer, writer, and teacher for companies as diverse as Atari, the ABC, and The Project Factory.

With this experience, Callaghan introduced the Freeplay Awards, a competition where gamers are encouraged to submit their ideas to a panel of expert judges.

“This year we had a record number of entries from Australia and around the world – over 100,” says Callaghan.
“We’re stoked. This is the third year, so every year it’s growing.”

“It was with the arts organization Next Wave before that, and then we took it over in 2009 with a new venue – the State Library. That year we had over 600 people attend, which grew to 2,000 people last year,” he explains.

“We’re expecting a similar sort of growth this year.” 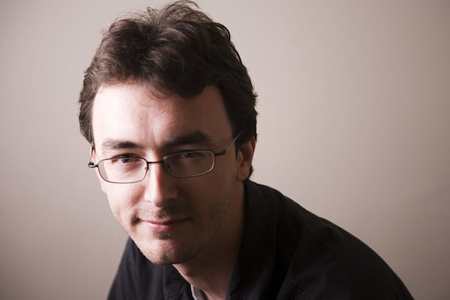 But how do you define gaming these days? From what I’m hearing it’s not just teenage boys with acne seeking escape from within the confines of their dark rooms.

“Originally the festival was very video games-centric, even when we took it over in 2009. But we are always trying to open it up,” says Callaghan.

Indeed, on Wednesday night as night falls on Melbourne, Federation Square will be filled people playing ‘Spies by Night’ an interactive game where ‘spies’ must accomplish a mission – and thwart the missions of others.

“We think that there’s a lot that video game developers can learn and there’s an audience, which naturally overlaps. So this year we have some board games and the spy game that is part of our ‘Playful Program’.

“We also have a game called Johann Sebastian Joust which is kind of a digital folk game, it uses Playstation Move controllers in a really interesting way which is not strictly speaking a video game. We’re trying to expand the arena.”

In 2010, the festival introduced a theme which ties the events and ideas together. Last year focused more on the craft of video games, rather than the art.

“We were looking at things that were personal and not just the AAA games, you know, the shooty shooty bang bang games,” says Callaghan.

This last description especially resonates to me. As a non-gamer, all video games sound like this to me.

In 2010, the theme was “Players Everywhere”, which sounds like it should have a double entendre, but as Callaghan explains, “was looking at video games and video games practice. And how everyone is player these days, whether it be on their iPhones or iPads or something else like a PS3.”

As I am partial to a bit of Words with Friends on my iPhone, sometimes even a few games of Song Pop, I conclude that perhaps I am a gamer after all.

This year’s theme is “Chaos and Grace”, which sounds to me like a very arty approach to gaming.

“We were conscious of two things,” explains Callaghan. “The way that the Australian video games landscape has changed and lots of studios have shrunk or disappeared, while at the same time, more people are making games, without wanting to build a studio around that process.

“We were also really conscious of coming back to the art of it, even in all that chaotic activity. So we settled on this idea of chaos and grace,” he explains. 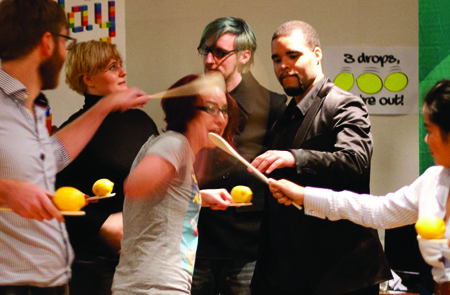 The debate over video games violence is something that has been played out in the media for years, and something that games developers seem to take in their stride. Like club owners in Sydney’s Kings Cross defending liquor laws, game developers know that it is simply part of the territory.

“The public conflict between those who loudly worry about violence in games and those who loudly defend them is essential as it forces both to defend their position, to seek out research, to explore aspects of game development and design, and to consider, at some levels, their deeper responsibilities and interests as artists and audiences.”

But does Callaghan, who develops games and has successfully directed Freeplay for three years, consider himself a gamer?

“It’s interesting, I play games, but I don’t know whether I would consider myself a gamer. For me, it just fits into the rest of the cultural connection I have – I read books, I go to the cinema, I listen to music. So for me, playing games is just another part of that. I don’t treat it as an identity. Whereas lot of people can, and that’s totally fine. But for me it’s just something that is there.”

As if I were asking him his favourite movie, he tells me about a game he has just finished called Papo & Yo on the PS3. His description of the game makes me realise just how far video games have come from my childhood experience with a 2D racing game on the Atari (which provided my brothers and I with hours of fun, I might add).

“Papo & Yo is this phenomenally personal story about a character trying to deal with an alcoholic father. It’s incredible. It’s really emotional and metaphorical and allegorical.”

And to think I was once impressed by a boxing game with a stick figure and some really high-tech grunting effects.

“As I’ve gotten older I’ve become more interested in. Things that are pushing at the edges of the types of games that we can craft. Games like Journey on PS3 – that really impressed me too. It’s the smaller more personal games that I like these days.”

But the fact remains, that if Callaghan has a spare 10 minutes, he’s just like the rest of us.

“To be honest, when I pull out my iPhone on public transport, I probably just wander around Twitter.”

Freeplay 2012 is held over five days from 19 to 23 September in Melbourne. Events are on at the State Library of Victoria, and beyond. See:  freeplay.net.au