Remember the world of The Jetsons, a world where, in 2062, every family owns flying cars, which zip about gleaming cities built among the clouds? What about the famous hoverboards in the Back To The Future sequel? Or the metropolises of Steven Spielberg’s Minority Report, where cars have been usurped by driverless pods equipped to crawl up and around office buildings?

In popular culture, it is just a matter of time until our world is reshaped according to possibilities conjured by the ever-expanding collective imagination; in reality, though, a dramatic, historic contraction may be more likely.

The London Transport Museum is currently hosting an exhibition, Sense And The City, examining the way transport defines cities and Sam Mullins, the museum’s director, believes that, structurally, London may be set in its ways. 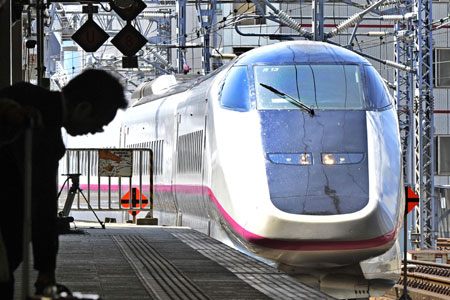 “People always think about the future being about these mega-changes but the life-cycle of creating new infrastructure is very long,” Mullins says. “In all likelihood, the city in 10 years or 20 years will look remarkably like what we have now.”

“There are fantastic images of monorails along Regent St or Tube lines running along the banks of the Thames but, in London at the moment, we’re still using Tube lines built before the First World War.”

Indeed, Mullins believes the greatest technological advances will be in information services that augment and streamline travel, rather than in transport technology itself.

“You’ll have access to real-time information, synthesised very individually – technology that feels like your personal assistant, delivering updates extraordinarily tailored to what you need to know, either through a smartphone application or whatever comes next; maybe via an implant in the back of your head.”

Christian Wolmar, one of the UK’s leading transport journalists, admits an ongoing fascination with “game-changing ideas” but echoes the prevailing view in industry circles that the hardware – the vehicles themselves – may not actually change much.

“One that has never happened, and I thought it would have by now, is some sort of personal flying transport – cars in the air for the mass market or some sort of Ford T-Model mini-helicopter that gets you to work in 10 minutes,” he says. “When I was a kid, I thought that would happen, and it’s probably quite feasible to invent a two-seater helicopter for £50,000, but it probably takes some skill to fly it and it just hasn’t developed.”

There is, though, a very real possibility of autonomous vehicles; indeed, they have already arrived.

“Cars will virtually drive themselves – I think we’re moving towards that already,” Wolmar says. “I had dinner with an MP recently and he was bragging about his Lexus, which he was driving along a country road and it saw a car coming the opposite way before he did and the brakes were applied. So, for out-of–town driving, you may well be able to read your book while sitting on the M1.”

Wolmar is less convinced about entrepreneur Richard Branson’s promise of commercial space travel, which he dismisses as more a novelty than a transformative model for mass transport.

“It’s the equivalent of people going up in hot air balloons in the 18th century,” he says. “It’s still going to cost a year’s wages for most people, so it’s not very interesting as a game-changer in the way railways were, in the way cars were, by allowing mass travel. You have to be able to price it down and I can’t ever imagine doing that with a 20-seater rocket that goes from London to Sydney in three hours.” 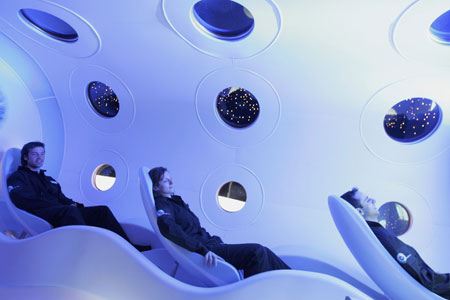 The prototype of Virgin Atlantic’s spacecraft

Although Wolmar admits that major technological advances can be unforeseen, he describes himself as a cynic when it comes to high-tech futurism.

“Admittedly, 25 years ago, I wouldn’t have thought that mobile telephones and the internet would be my modus operandi, so it’s difficult to foresee these developments,” he says. “But if George Stevenson [who built the first railway for steam engines] came along and looked at our trains, their design has been streamlined but they’ve retained much of what he designed in 1830. The first car had four wheels, a steering wheel and a combustion engine, just like the latest model off the Ford assembly line. Transport perhaps doesn’t lend itself to fantastic revolutions that way.”

Perversely, Wolmar’s expectation is that, rather than transport becoming faster, cheaper, easier and increasingly mind-blowing, the change may, in fact, be regressive, prompting a widespread downsizing as cities struggle to reconcile altered needs with diminished capacities.

“I expect there will be a shift toward electric cars and solar-powered cars and, particularly if fuel starts to run out, transport will get priced up and you might see people going back to living in almost 19th-century ways,” Wolmar says.

“Maybe we’re still in the midst of a transport bubble that, when people look back, they will conclude lasted 200 years – a period when we had access to cheap transport thanks to the burning of fossil fuels, a result of millions of years of dead creatures turning into carbon. And when we run out of that, the alternatives emerge as too expensive.”

All about the tube: The veins of the capital

In his book, The Subterranean Railway, Christian Wolmar traces the story of the London Underground and its seminal, transformative impact on the capital. 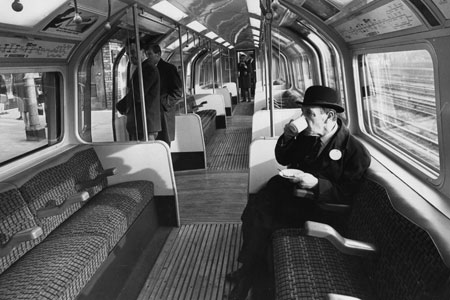 In the 20th century, soaring car ownership sent Tube use into decline (as pictured above) – passenger numbers bottoming out in 1970 – and precipitated London’s surburban sprawl. “Everyone just used their cars instead but, gradually, there was the realisation that cities don’t work if everyone drives into the centre at 8am every morning,” Wolmar says. “Cities aren’t built for that.”

In response, investment in the Tube increased, to the point where it now services 1.2bn trips each year, and fundamentally altered the city’s socio-economic map.

“People begin to live more compact lives, moving back into the inner suburbs, to live closer to work,” Wolmar says. “In places like Islington and Camden, that process of gentrification, of re-concentration, has already happened.”

Selfies from Oz just got bigger