Hobbies from the past are making a comeback. There was time cool cats wouldn’t be caught dead clicking a pair of knitting needles, or bellowing numbers in a bingo hall. But a core group of revivalists have made pastimes once deemed geeky bang on-trend again. Here are our favourite activities gone groovy.

Stitch London is a prosaic rename for Stitch and Bitch but that hasn’t diminished the popularity of this group –  a self-described “radioactive woolly Godzilla with sticks and string”. This bunch of fiesty woolweavers meets once a week to click their needles over tea, cake or
beer in pubs, parks and cafes.

At the end of the Beijing Olympics, Boris Johnson strode onto the stage and told the watching world in no uncertain terms: “Ping pong is coming home”. Cue one of the strangest public sporting phenomena to hit London. Get yourself down to King Pong at The Book Club for its weekly tournament. Alcohol is encouraged and random urine samples are not requested. 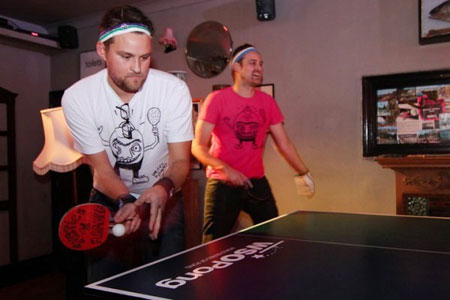 Besides group therapy, choirs are one of the only places where people can come together and express emotion for the greater good. American Pie’s Oz joined one and scored the girl who stuck a flute up her pussy. Though the pair didn’t do much for its image, the American TV hit Glee did. DD Glee, run by David Dellaire, a London-based voice teacher, recreates the Glee format in a south London studio.

Garry Kasparov, the Russian high priest of chess once called the strategy game “mental torture”. At the Wargrave Arms each Tuesday night there’s none of that. Get along, have a beer and pin down an opponent who won’t make you look like a flop. If you do flop, no one will care anyway.

The grey-rinse brigade has left the building and the nutters of The Underground Rebel Bingo Club have moved in. This regular event stages bingo with a serious twist – a twist of lime in your alcoholic beverage, that is, which you’ll drink to very loud music. “It’s an attack on the senses,” say the organisers. Definitely not how Granny used to play, but times are a-changing.

The Underground Rebel Bingo Club: location revealed upon purchase of ticket. Next meet is on July 30, 9pm-1am Tickets from £4. 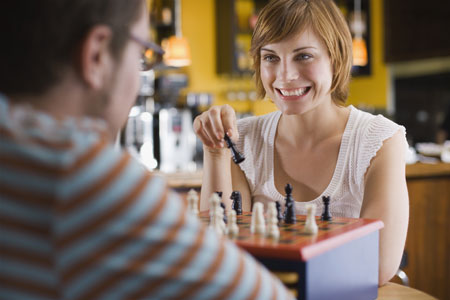 So you think you can act

Tá Na Deptford have made small performance crazy-fun. Meeting in a pub one night a week, attendees dive into a costume box, snatch a few zany props and improvise to DJ tunes – it’s an happy  alternative to the usually ego-filled, uncool world of am-dram. The concept originated in Brazil, where it is a form of street theatre known as Tá  Na Rua, but here its mission is to reflect London.

We all played dominoes as kids – until we discovered video games. However, West Indians across the capital, and anyone who dares take them on, are getting psyched about their ivory tiles and foldaway tables. Bar Sequence, a cocktail establishment in the heart
of Islington is also trying to keep this deceptively complicated game of dots alive.

No longer the preserve of the geeky and superannuated, lawn bowls has been embraced in the capital. It’s how Londoners roll on laidback summer days, even if many of us use needless velocity and dispatch the bowls into the fences surrounding the green. 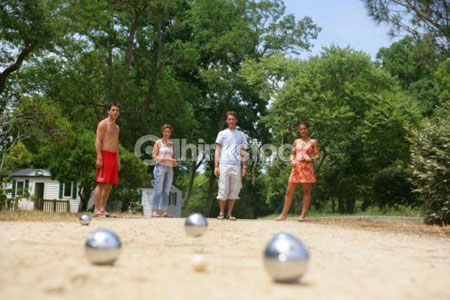 Move over French cloth-capped pensioners – the English have just about made petanque, or French boules, their own. It might have something to do with the fact that it’s the most perfect outdoor-imbibing sport.

Woman dies after waking up at her own funeral

Why a reusable mask is better for the world