Get Ready for the 2018 Aintree Grand National

Few events in sport bring together the British public quite like the Grand National. For about ten minutes on 14th April, the nation stops to watch one of the world’s greatest horse racing events. The National is, of course, steeped in history, with the race first being run all the way back in 1829. Nowadays, it is the most valuable national hunt race in Europe. The tough Aintree course of over four gruelling miles and 30 fences is contested by 40 horses.

The event is unique in the sense that it brings serious punters and casual fans together. Everyone seems to have a flutter on the Grand National, regardless of what they know about the sport of horse racing. Being a skilled punter does not always matter either, with there being plenty of shock winners over the years, including Mon Mome who won at tasty 100/1 odds in 2009.

So, what is the buzz surrounding this year’s Aintree spectacular? Most trainers and horse owners are assessing their options after the recent Cheltenham Festival, but there are some horses causing a stir in the ante-post betting.  A guide to some of the notable runners is provided below. You can also check out this updated list of Grand National free bets available to use on the race now. Don’t forget, the Grand National race goes off at 5:15pm on 14th April.

A constant presence at the top of ante-post betting markets for the Grand National, Blaklion came fourth in the race last year. That in itself is an achievement, with less than half of the 40 runners able to complete the race. Blaklion, trained by Nigel Twiston-Davies, is a class act and has fulfilled all the key trends needed to be a National winner. A big chance.

A faller in the Cheltenham Gold Cup last week, but Total Recall had won his last three races before that. The pace of the National might suit his style and he has one of the most renowned jumps racing trainers in the world in Willie Mullins to help get him right for this.

A horse that has won at the Cheltenham Festival no less than three times, which indicates Gordon Elliott’s charge is a class act. There is a slight concern that he pulled up in the Glenfarclas Chase last week, but, if fit, Cause of Causes has a huge chance. A much-loved horse that would prove a popular winner. 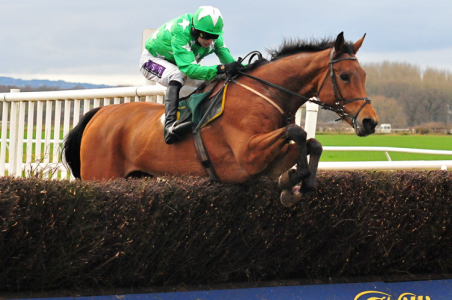 Conqueror of the Genfarclas Chase (mentioned above) Tiger Roll looks to be a perfect candidate for Grand National glory. Trained by Gordon Elliott, he loves the big occasion. The only concern is that he can be somewhat erratic. However, sometimes it takes a maverick to win a race as tough of this one. Tiger Roll fits the bill.

Sixth in the Cheltenham Gold Cup last week, which is by no means a poor showing given the standard in that race, Definitely Red is an ultra-consistent type who looks like a smart each-way bet. The horse is trained by Brian Ellison and has teamed up to great success with jockey Danny Cook. A very good chance.