Get your adrenaline sports fix in Cape Town, South Africa

A squeal of confused excitement goes up among the other surfers treading water offshore. What looks like a fin edges above the surface, snaking between my friends and I. My over-active imagination kicks into overdrive: “This is it,” I say to myself, expecting my life to flash before my eyes. But before I know what’s happening, I’m screaming excitedly to my friends, pointing at the blackish-brown object slipping through the water.

“Look,” I yell, just as a tiny pup leaps out of the water. “A baby sea lion.” The excitement reaches fever pitch as the bug-eyed scamp swims within a whisker’s length of us, flippers twirling, lapping up the attention. “Only in Cape Town,” I tell people afterwards – a cheesy sentiment, but the so-called ‘LA of Africa’ is one of those rare places that actually lives up to the gushing travel reviews.

Mediterranean climate, exhilarating mix of cultures, laid-back pace, and some of the best waves in the southern hemisphere are just a few of the reasons which have me coming back year after year.

My friends, on the other hand, are drawn by the hair-raising activities the Cape region has to offer – I quickly discover this when they start producing pamphlet after pamphlet, as we settle down for lunch at one the smart bistros that line the historic V&A Waterfront. 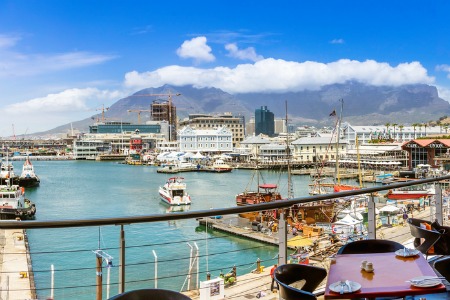 Thankfully, the troupes of fire-breathers, jugglers and traditional African dancers battling it out on the quayside offer a welcome distraction, and the conversation soon moves on. But it’s not long before talk turns to climbing Table Mountain, the soaring flat-topped mountain that looms above the city, and before I know what’s happening, I find myself on a three-hour slog up this 3,500ft (1000m) Everest. (Just thinking about it makes my legs ache.)

Cock-a-hoop at conquering such a mammoth challenge, my friends and I catch a cab to Long Street, in the heart of the city centre, for a few well-deserved drinks. Packed bars and clubs overflow on to mezzanine verandas, and people huddle around tables to watch the comings and goings in the street below. Leaning against the wrought-iron balustrades, with live music and laughter ringing in my ears, I feel like I’m in New Orleans’ French Quarter during Mardi Gras, rather than Africa on a week-night. As the band starts to hit its stride, however, I decide to call it a night, and head back to my digs for some much-needed shuteye.

I’m staying a short taxi-ride away in Observatory – a bohemian suburb packed with buzzing hole-in-the-wall bars, shabby-chic cafes and restaurants where you can enjoy anything from a quiet coffee over a book or a sumptuous three-course meal for less than a tenner to a rowdy night dancing Coyote Ugly-style on the bar, depending on what takes your fancy.

The next morning, I wake up at the crack of dawn itching to hit the beach. From Observatory, it’s a 30-minute drive to the premier wind- and kite- surfing hotspots at Kalk Bay and nearby Muizenberg – scene of my nose-to-nose encounter with the Cape Fur Seal pup – apparently they just look like sea lions. 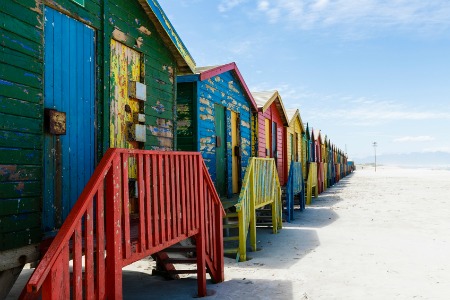 After a few hours of pounding Muizenberg’s waves, we decide to head down the coast to Kalk, and grab lunch at the Brass Bell – an open-sided restaurant-cum-bar that I manage to drift back to every time I’m in the city.

Bikini-clad beauties and bronzed gods sit at rustic picnic tables exchanging stories of their day’s exploits over some of the best – and most reasonably priced – grub in the city.

Gentle waves lap against the restaurant walls, sending a refreshingly cool spray into the air, and I ponder chilling out here for the rest of the day – but the promise of seeing the pint-sized Jackass penguins further down the coast at Boulders Beach proves just too alluring.

The waters in this part of the Cape, known as False Bay, may be home to animals more typically associated with Antarctica than Africa, but this stretch of coast is actually the warmest in Cape Town.

However, if you don’t mind your surf bracing, the Atlantic coast has some of the best waves. In the South African summer (Nov-Mar), Kommetjie’s Sunset Reef even boasts some of the biggest waves in the world, which on good days can reach a bone-crushing 25ft (eight metres).

The sight of the comical penguins waddling on the beach and swimming among the bathers has me in hysterics. My pals, on the other hand, are preoccupied with thoughts of the seabirds’ mortal enemies – the waters off Cape Town are home to one of the largest populations of Great White sharks in the world and, unbeknown to me, they’re planning a cage-dive with these toothy predators.

I manage to give this excursion a wide birth – I’ve seen Jaws too many times to be dangled over the side of a boat like giant bait – although I end up cursing myself when I see that they’ve still got all of their limbs intact.

“The sharks come so close to the cage,” my friend Frank enthuses, adding salt to the wound. “They just appear out of nowhere and start circling around the boat, before swimming right up to the bars for a closer look.

“It’s such a weird experience. There is literally just a few inches of metal separating you from all those teeth.”

Buoyed by his brush with death, Frank and the others plan a skydive over the city.

Later that week, a private transfer whisks them to an airstrip half an hour north of the city, and while I thumb my way through one of Desmond Tutu’s biographies by the pool, they are climbing 9,000ft above the peninsular, excitedly pointing out the landmarks beneath them.

“It’s the most fantastic way to see the city,” my friend Claire says. “We could see Robben Island and the ocean dotted with boats, and Table Mountain towering over the city on the other side of the bay.

“And the jump itself was unforgettable. After freefalling for 30 seconds, the instructor pulled the shoot and we slowly drifted back down to Earth. It was so quiet.”

With the adrenalin now well and truly pumped, all sights are set on the world’s highest commercial bungee jump – a gravity defying 216-metre drop– a few hours drive from the city along the tourist-clogged Garden Route. 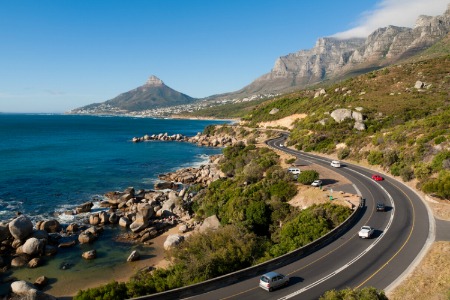 With this in mind, my friends and I decide to hire a car and set out along this spectacular drive, and it’s not long before I discover why South Africa’s answer to Route 66 is so popular: it’s the sheer number of sights and activities on offer, including dune boarding at De Hoop, black-water tubing down Storms River, zip-wiring though the forests of Tsitsikamma, ostrich racing in Oudtshoorn and whale-watching at Hermanus.

I summon up the courage to go zip-wiring, and spend an unforgettable afternoon whizzing through the forest canopy like a crack-SAS soldier.

My trip along the coast takes me as far as Addo Elephant National Park – home to one of the largest concentrations of elephants on the planet – where I book a guided night-safari to witness Africa’s big game in their eerie nocturnal world.

Driving through the bush, the driver scans the darkness with his industrial-strength torch, wisely ignoring the incandescent eye-shine of the antelope and kudu standing agape by the side of the road.

Suddenly, he cuts the engine. After a tense few minutes a pride of lions emerges from the shadows, encircling our jeep. As the rest of the passengers and I watch in awe, gripped by the same rush of adrenaline and fear as a scary movie in a blackened cinema, a crackled message comes over the radio. Before I understand what’s happening, we’re off in hot pursuit of something else. After a few twists and turns, the driver slams on the brakes once more and out of the darkness appear a herd of more than 60 elephant marching trunk to tail. It is the perfect end to my jaunt up-country.

Back in Cape Town, I spend my last few days flitting between Long Street and the beach, before deciding that it’s only polite to drop by some vineyards – “when in Rome”. 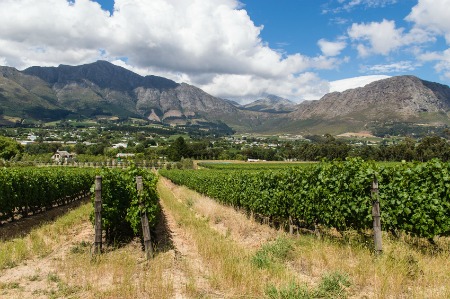 I make a beeline for the Boschendal estate near the picturesque town of Franschhoek and while away a blissful couple of hours sipping wine under a spanning oak tree, before continuing the “vineyard crawl” with a visit to Spier, near the historic town of Stellenbosch.

My friends and I stock up on vino and head back into the city to watch the sunset from Lion’s Head, the sphinx-shaped hill that flanks Table Mountain.

After an hour-or-so climb, we finally make it to the top and crack open a bottle of Boschendal just as the setting African sun dips into the Atlantic.

The others start reminiscing about the best part of their adrenaline-fuelled holiday, while I slip into my own little world and start planning my next action-packed visit. I just hope I’ll have discovered my inner daredevil come this time next year.

This is why we travel!

RWC: New Zealand unchanged side for final against Australia

Care for a living