In front of me, the tangle of glass tubes reminds me of a chemistry class – only this one is a hell of a lot more fun, and you’re encouraged to drink booze. The mixture begins to bubble and soon my own unique handmade sample of gin will be ready.

The Black Friars Distillery has been making Plymouth Gin on this very spot since it was first established in 1793. The building itself was originally a monastery dating back to the 1400s and the old refectory is now a stylish rooftop bar. A wooden plaque on the wall lists the names of the passengers who set sail from Plymouth on the Mayflower back in 1620 for a new life in North America, having spent their last night in this building. 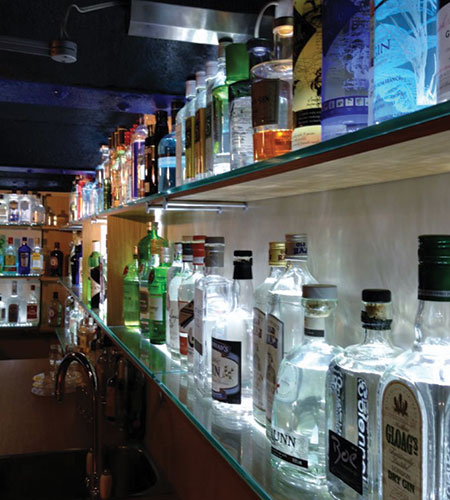 Back in the cellar, the vapours from my brew rise. For the past two hours I’ve been on the ‘Masters Distillers Tour’ and distilling my very own bottle of gin is the final step. One thing I’ve learned is that to qualify as a ‘gin’ the spirit must contain juniper berries. After that, companies add up to 12 other ‘botanicals’ – anything from fresh or dried plants to spices, herbs and fruits.

“There are seven botanicals in Plymouth Gin, while Hendricks is the strongest and has 13 botanicals,” our expert guide Harriet explains. Black Friars’ recipe includes peel from “sweet lemons from Spain” and angelica which, Harriet tells me, “smells like an old bookshop and it makes a gin taste ‘dry’”. I can taste exactly what she means. 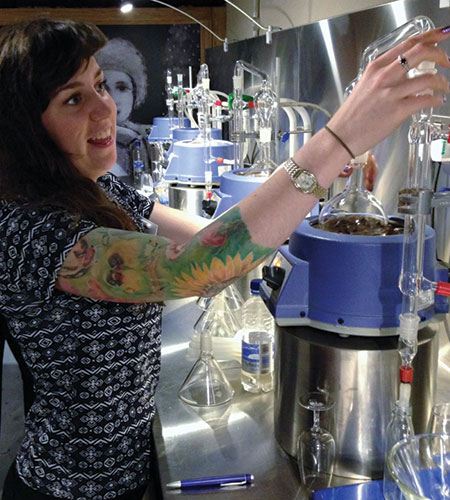 To make my own, Harriet provided me with the neat spirit needed and set me up with my very own ‘still’. She’d preset the temperature, too, so it was heated up and ready to go. All I had to do was carefully pour the alcohol in the flask, having first diluted it with an equal quantity of local Plymouth water and my own choice of botanicals.

The heat releases the flavours, while a pitch of root of iris ‘sticks’ them to the spirit. Having previously sampled some five different brands on the tour (and discovered which ‘botanicals’ they used) I opted for sweet, sharp lemon rind, cassia bark and cardamom. 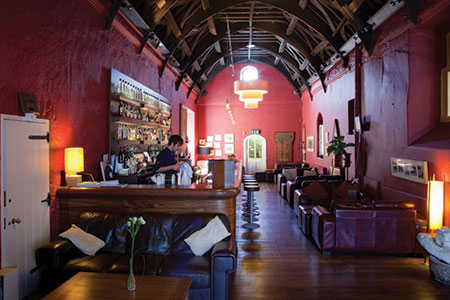 As the mixture begins to boil, steam rises and it quickly condenses in the tubes above, dripping into my waiting bottle. When preparing the recipe, I’d convinced myself I’d come up with a winner, but now it’s time to taste the proof of the pudding and I’m starting to feel nervous. Preparing to carefully pour out a taster, my jitters remind me of Harriet explaining how the phrase ‘Dutch Courage’ came to be.“

Juniper flavouring was first used to make the drink Jenever in Holland back in the 15th century,” she said. “This was later given to English troops as a morale boost before going into battle during the 30 Years War of the 1600s.”Seems logical. More tricky to understand is how the strength, or ‘proof’, of an alcohol is actually worked out. This goes back to the days of the British Navy when cannons on board needed gunpowder to fire. 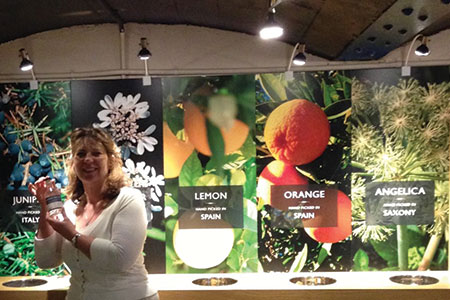 Daily booze rations for the sailors were another essential and it was vital that, should the two mix, the gunpowder didn’t become too soggy to ignite. Well, that’s the theory. The problem was solved after different strengths of alcohol and gunpowder were mixed and sailors found using alcohol with levels above 57 per cent allowed the powder to light. Getting a flame was considered the ‘proof’ of the alcohol content and only a keg with sufficient ‘proof’ could be brought. The strong daily rations must have been lethal.

My own gin is ‘only’ 40 per cent proof. Does it taste as good as the Plymouth Gin? Actually, it comes out pretty smooth and I think the pinch of nutmeg works a treat. But somehow I don’t think they’ll be rushing to change the ancient recipe.

Getting there Take the train from London Paddington to Plymouth from £13.50 one-way with First Great Western.

Master Distiller’s Tour is £40pp, including a bottle of gin
plymouthdistillery.com

Sex and love advice: I want something serious