Home until the weekend

It began by chance. I’d been on a trip to Canada a few years ago when my flight home was cancelled because a few snowflakes had fallen on London. After a few enquiries I managed to get my ticket transferred to a flight to Copenhagen. I figured this was at least closer to home, and it added a little extra adventure to the trip. I then managed to book myself an onward flight to London for a mere £30.

I’d been a keen traveller in my post university days, but once I’d landed a full-time job I figured this was one indulgence that I’d have to cut back on. It hadn’t occurred to me that I could disappear to a European city for a weekend for the cost of dinner and a few drinks.

And so it started. I got addicted to flight comparison sites and snapping up cheap tickets to cities across Europe. I’d often work Monday to Friday, then fly out early on Saturday and be back at my desk on Monday morning. I wasn’t led by a desire to visit specific places – just anywhere that was cheap. I used to book budget flights to the far corners of Europe for breakfast. It felt reckless and exciting, and also explained why I was often very hungry by lunchtime. 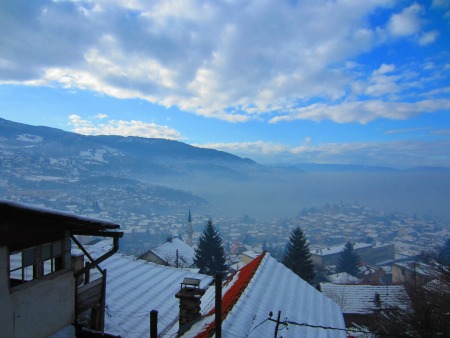 In the first few months of embracing this new lifestyle I watched a Swedish rock band in Riga, climbed into a stuffed whale in Gothenburg, drank from streams in the mountains of Liechtenstein and ate monkey nuts in San Marino – all in between working hard…well, working at least, a full-time desk job in London.

I started off doing these trips alone, but soon intrigue grew among my friends around my European dalliances and they started asking to come along too. I’d find a deal, send around a message with the details and see who showed up on the plane next to me. I became obsessed.  I won the office Grand National sweepstake, and used the £40 pot to book return flights to Dublin the following week, just because most of the jockeys seemed to be Irish. Any excuse. I even started giving money to friends to book me on flights so I didn’t know where I was going as a new exciting element.

It then occurred to me that I was starting to cover a good deal of Europe, and so I decided I’d try and visit every country in the continent before I hit 30 and ‘grew up’. Obviously this started to get a little trickier, as the law of diminishing returns meant that I was having to be more selective about where I went, and as the destinations became more obscure, the difficulty in getting there (cheaply, at least) went up. Thankfully I was also progressing in my career, so I could afford to stretch my budget a little, but even then a weekend in a far-flung corner of Eastern Europe often proved more financially viable than a weekend of London-based activities. 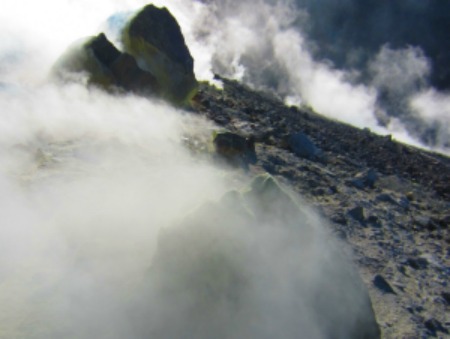 I snowboarded in Andorra, played giant chess in Moldova, celebrated New Year in Bosnia, toured Chernobyl and got caught up in mass-protests in Ukraine, watched ice hockey in Belarus and husky dog sledded in the Arctic, but always ended up back at my desk before my colleagues knew I’d gone (other than finding a pack of oddly-named sweets on the desk that I’d bring back for them). I feared I’d been a bit of a dull child, but suddenly I had this air of mystery and excitement around me – a fearless adventurer who would disappear without notice to an unpronounceable overseas city. Or I was a bit of an idiot who needed more of a social life.

But I couldn’t get why other people weren’t doing it. I spent my weekends on top of tall towers, weaving through ancient ruins and scaling volcanoes, meeting wacky people and eating odd food – while still maintaining a degree of professionalism during the week by attending meetings and making colourful graphs to represent important data sets that I didn’t understand. 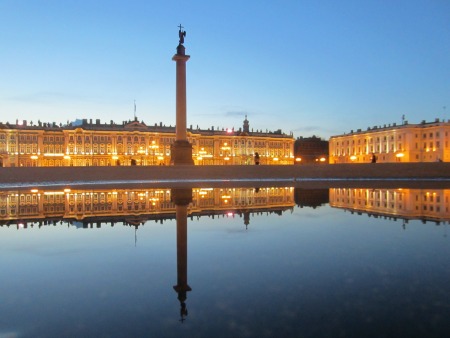 And then finally in November 2015, five years after that enlightening budget flight from Copenhagen, I was boarding an (otherwise empty) brand new Boeing 787 Dreamliner from London to Baku. The tight budget that dictated my early tips had been stretched on this final excursion, but then I had little option as Azerbaijan has yet to hit the popular tourist market. This was slightly countered however, when to my great surprise and delight I managed to pick up a ticket for the Euro 2016 football qualifier between Azerbaijan and Italy at the brand new Olympic stadium for 62p. I also did the ‘greatest sights of Azerbaijan’ tour (at least that’s how the hastily hand-written piece of paper stuck on the wall of my dilapidated hostel phrased it). This transpired to be a day-long excursion hosted by a grumpy, uncommunicative middle-aged man in a decrepit old car, who drove me to a patch of bubbling mud, some rocks, a small hill with some burning grass on it and the true highlight – a brief stop at a ledge next to a busy road described as ‘James Bond’ for reasons that never became evident. As a bonus it also included a free dried biscuit and a t20 minute period where he left me in his car while he went home for lunch. It was a suitably bewildering end to a pointless yet thoroughly enjoyable quest.

What it boiled down to was five years of memorable experiences. And by that I don’t mean every trip has to include a skydive or having a snake inexplicably dropped on your head (although if this is your thing, Marrakech – although not in Europe – is just a cheap flight away), but I’ve found I can always remember the smallest details from a trip away: the odd conversations with locals, an unusual meal or a haunting statue of Frank Zappa’s head in a back alley, whereas if I stayed in London my weekends could easily blur into obscurity. I’ve still got a year before I turn 30, but I’m not convinced of the ‘growing-up’ thing. There’s a lot of fun to be had out there, and you don’t need a lot of money or annual leave to experience it – just a passport, a spare pair of socks and a tolerance – or better still mild-enthusiasm – for the unexpected.

Woman’s body eaten by her own starving cats