Irene took this character-filled reflection shot in Spanish village Asturias in Valle del Oso (Bear’s Valley). “I was on a walk with my brother and dog when I came across this reflection of the village houses in the window of the van,” she tells us. “I particularly like the distortion of the houses and the colours which contrast with the white van.” 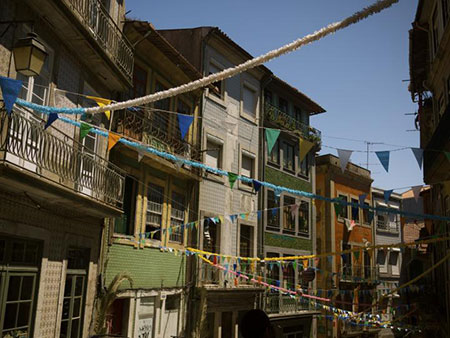 Before the Party
By Anita Leung, from Matamata, New Zealand

The Old Town in Lisbon, Portugal, is pictured here in Anita’s image. “This street is usually packed, but was completely empty [when I took this],” she says. “There was an eeriness in the air. The streets were prepared for a party but the people were inside. The air was filled with the smell of spices and baked goods as we walked the cobblestones.”

Is Airbnb’s Caribbean invasion a threat to the hotel industry?