The ship, the Akademik Shokalskiy, was aiming to replicate the Antarctic exhibition of Sir Douglas Mawson, and conducting scientific research.

But the trip, including 74 passengers including Australian, New Zealand and British researchers and 22 Russian crew, was thrown into disarray after sea ice closed in on the vessel when they were 1500 nautical miles south of Hobart.

At 2am the Aurora Australis made it to thick ice about 28 nautical miles east of the stranded ship but the spokeswoman said the crew would wait until weather improved before attempting any rescue.

The stricken ship won’t have been singing White Christmas when they became stuck on Christmas Eve.

In five days, reports say ice surrounding the ship to the nearest clear ocean has grown from two to 13 nautical miles.

The expedition is the first privately funded scientific effort of its kind.

The explorers released a statement that was more concerned with the environment surrounding them than their own well-being. 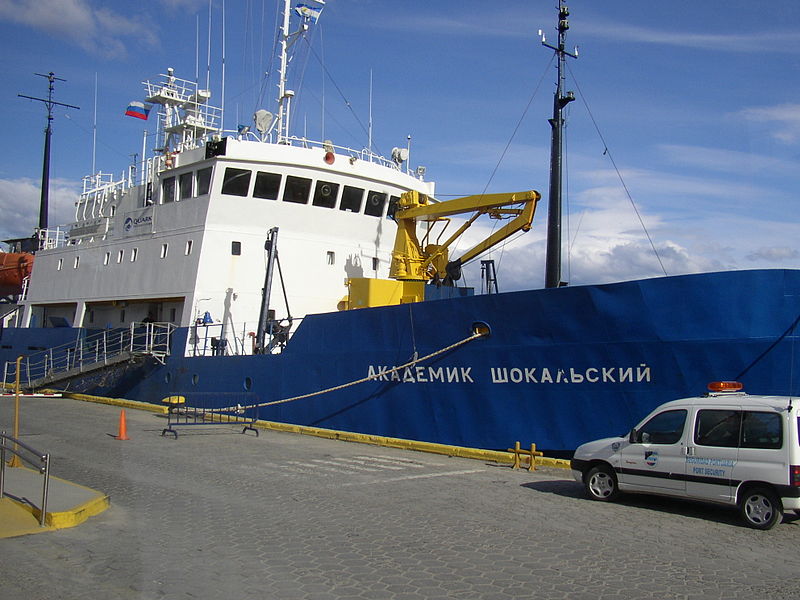 “We’re stuck in our own experiment. We came to Antarctica to study how one of the biggest icebergs in the world has altered the system by trapping ice. We followed Sir Douglas Mawson’s footsteps into Commonwealth Bay, and are now ourselves trapped by ice surrounding our ship,” the statement read.

“Sea ice is disappearing due to climate change, but here ice is building up. We have found this has changed the system on many levels. The increase in sea ice has freshened the seawater below, so much so that you can almost drink it. This change will have impacts on the deep ocean circulation.

“Underwater, forests of algae are dying as sea-ice blocks the light. Who can say what effects the regional circulation changes may have on the ice sheet of the Antarctic plateau, or whether the low number of seals suggests changes to their population.”

Two icebreakers have already tried and failed to reach the Akademik Shokalskiy, China’s Snow Dragon and France’s L’Astrolabe, but they didn’t have the capacity to get through the ice.

The Aurora is the biggest breaker of them though and can get through ice 1.3m thick – there are no guarantees it can get there though.

Plan B, if the weather is suitable, is to use a helicopter on the Snow Dragon.