The arrest of International Monetary Fund chief Dominique Strauss-Kahn for an alleged sexual assault threatens to cast a shadow over talks aimed at tackling the Euro debt crisis.

Strauss-Kahn, who was supposed to have a key role in today’s talks, has been replaced by John Lipskey.

The news of IMF head, Strauss-Kahn’s, arrest saw the euro wobble before rallying.

“For a few days at least, the market will likely suspect leadership paralysis at the IMF,”  Gareth Berry, a currency strategist at UBS told Dow Jones newswires.

“The Euro has most to lose from this, given the IMF is now active or becoming active in three Eurozone countries.” 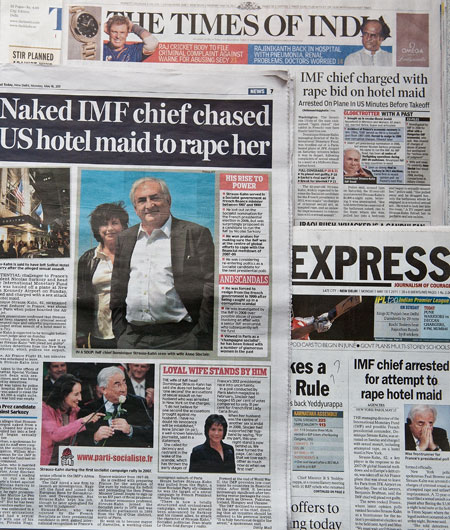 The arrest of Dominique Strauss-Kahn for alleged attempted rape dominated the headlines today.

The IMF have already stumped up 110 billion euros for Greece, 67.5 Euros for Ireland and 78 billion for Portugal.

Also on the table will be Greece’s austerity measures which don’t appear to be working leading to calls for another 60 million euro bail-out of the beleaguered economy.

Strauss-Kahn was arrested  as he was about to fly out of New York for the alleged sexual assault of a hotel chamber maid.

Why you can’t control your impulse buying

The Most Popular Apps for Millennials in 2018