Either because you know the plot already, having read the novel it’s based on or seen the movie, or you can just tell.

That’s not going to be an issue at the immersive theatre-going experience Wilfred Bagshaw’s Time Emporium, a time-travelling adventure in which you have an active influence on the outcome of the story.

“The audience can expect to be transported to another age and to immerse themselves in a story that has a narrative they directly control,” says Wilfred Bagshaw founder Josh Ford, explaining how his about-to-launch project takes the audience back through time to key moments in history where they have a specific objective to carry out and an artefact to retrieve.

“They are sent back in time with a defined goal: a narrative objective which as an audience they must succeed in achieving,” he continues.

“There are multiple factions and routes available to them, just like in a role-playing game, so the way in which they achieve it is up to them.”

The story of this first installment sees the audience begin their journey through the shabby front of Victorian gentleman Wilfred Bagshaw’s shop, from where they will journey to Market Day in the year 1358. 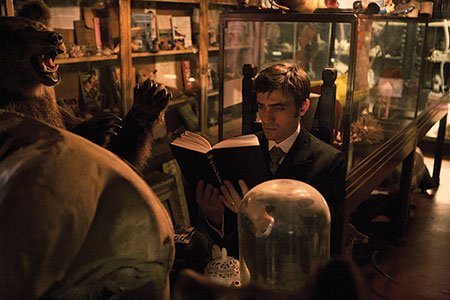 “While the 100 Years War rages, our audience is plunged into a small Essex town, full of revolting peasants and bickering nobles, all of whom are under assault from the last grasp of the Great Plague,” Ford tells us.

Sounds fun, and not just to us – before the curtain has even gone up for the first time, the director has had to add a Saturday matinee performance to his opening weekend line-up, such has been the scale of the public’s response.

“Each expedition explores one time period in all its multifaceted glory,” Ford continues of his grand plans for the Time Emporium’s potential era-hopping destinations.

“In the future we shall go anywhere from the last days of the Roman Republic to the American Civil War,” he tantalises, clearly enjoying his new project and the possibilities he now has at his fingertips.

As much as the ‘make your own adventure’ elements of the story make this a different theatre experience to those you usually find in the West End, it’s not just all about the time-travelling exploits: “The audience will also get an awesome, Dark Ages-themed party afterwards, too,” Ford promises.

The time-travelling show is but the opener to an evening where theatre is mashed together with clubbing, and superstar DJs such as Stereo MCs and Norman Jay will be headlining on the Friday and Saturday nights.

Meanwhile, over the next few months, London theatre has a wealth of top new productions to take your fancy, from intimate shows, Broadway exports such as Matt Stone and Trey Parker’s The Book Of Mormon, to major star-studded seasons that see Jude Law, Judi Dench and David Walliams treading the capital’s boards.

So check out our rundown of the shows not to miss this year. 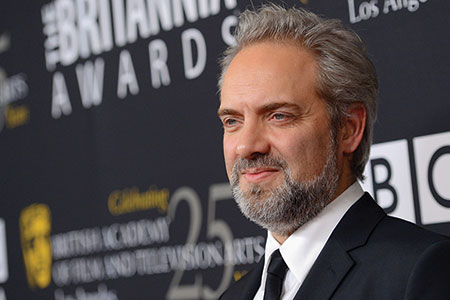 Director Sam Mendes (above) follows up his block-bustin’ Bond Skyfall with a return to his roots, the stage.

He helms a new musical adaptation of Roald Dahl’s classic about the young boy, magical sweet-maker Willy Wonka and his decidedly weird factory.

The most challenging thing, Mendes says, is making “the familiar feel weird again”.  A tale loved by all, this is going to be one of this year’s tastiest triumphs.

The former plays Titania, queen of the fairies, and the latter weaver Bottom in the Bard’s classic comedy where love at first sight proves less a life-changing delight and more an affliction.

An exciting new production of one of the all-time greats.

Knock Yourself Out – The Courtyard

This new play from Tom Holloway with Danielle Watson (This Is England) and Jenni Herzberg (Spooks) leading a top young cast looks at the tough situation facing the youth of today, with unemployment levels and financial instability making it hard to move from the student world to the adult one.

Topical and funny with serious themes, spotlighting problems we all now face. 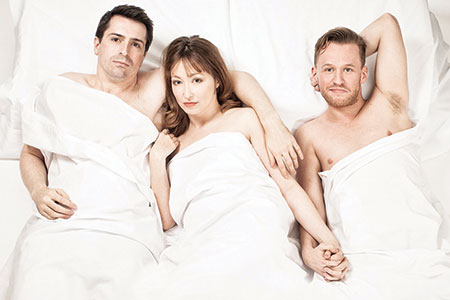 After a sell-out run at last year’s Camden Fringe Festival, where it won rave reviews right across the board and was nominated for pick of the fest by Everything Theatre blog, this quirky, challenging and risqué comedy-drama –about a couple’s drunken night with their best friend – makes a three-week return to the London stage. Must-see.

A new production of Jonathan Harvey’s 1993 tale of love between two young men on an inner city council estate.

Check out a ballet version of F Scott Fitzgerald’s roaring Twenties state-of-the-nation tale in the same month that Aussie Baz Luhrmann’s big screen version is due to hit, too.

The prolific writer Alan Ayckbourn made his breakthrough with this 1967 comedy of errors, where a man sets about trying to ask his girlfriend’s father for her hand in marriage.

The start of one of the most celebrated voices in theatre, this time with Felicity Kendal starring. 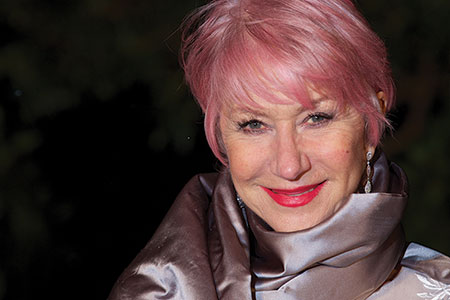 From Peter Morgan (The Queen; Frost/Nixon), this fascinating new play pitches Dame Helen Mirren (above) as HRH once more (she won an Oscar for her 2006 film portrayal).

The Queen has always held weekly meetings with the day’s prime minister – she’s presided over 12 now – but the content of them has forever been kept secret. Morgan imagines what’s been said behind those mysterious closed doors.

Tony Award-winning director John Doyle leads this new musical adaptation of Alice Walker’s 1987 epistolary novel, which made her the first African-American woman to win the Pulitzer Prize for fiction.

It tells the story of Celie and her family, and their life in the US south of the Thirties.

Walker’s tale is a modern classic that’s been translated into more than two dozen languages, adapted for the screen by Steven Spielberg and has now been adapted into this poignant, landmark musical. 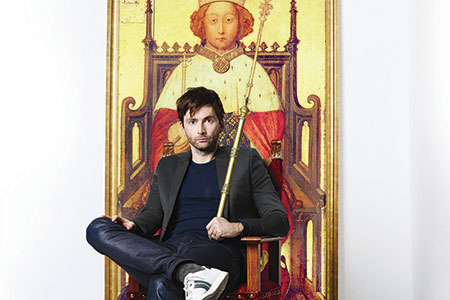 Former Doctor Who star David Tennant (pictured, below) returns to the Royal Shakespeare Co. after a stint as Macbeth five years ago to take on the titular regal role in this winter season-launcher.

Once The Musical – Phoenix Theatre

The charming Celtic musical drama about a Dublin busker and a Czech girl was the low-budget movie hit of 2007 – Steven Spielberg said it was one of his faves of the year and Glen Hansard and Markéta Irglová’s Falling Slowly won the best original song Oscar.

Its Broadway reinvention won eight Tony Awards, so we can’t wait for it to land here. 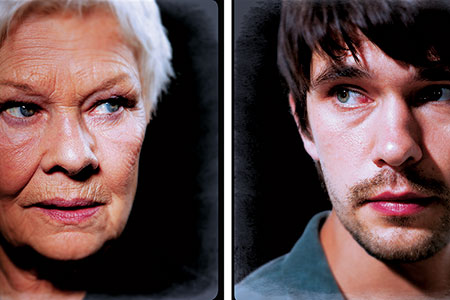 The third of five productions in the Michel Grandage season, and the only new one, John Logan’s drama stars Judi Dench and Bond alumni Ben Whishaw as the title characters, the inspiration for JM Barrie’s eternal boy Peter Pan and Lewis Carroll’s Alice (of Wonderland fame).

This could also, due to the star-wattage of the two leads, be one of the season’s best. 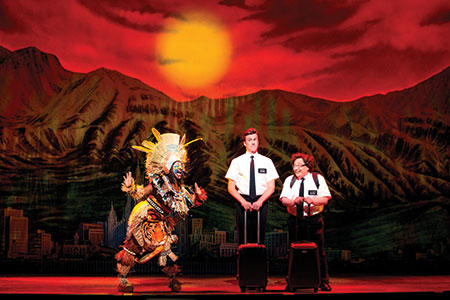 The Book of Mormon – Prince of Wales Theatre

Matt Stone and Trey Parker’s offensively hilarious musical satire stunned critics and audiences in New York and finally hits these shores. Best show of the year? You’d be a fool to bet against it.

To Kill A Mockingbird – Regent’s Park

US actor Robert Sean Leonard (Dead Poet’s Society; House) plays Atticus Finch in this Open Air Theatre production kicking off the summer season including  Pride And Prejudice, The Winter’s Tale and The Sound Of Music.

Evans is Algie Parker, an Essex hardman out after seven years inside who’s post-jail life isn’t as rosy as the £3m-plus he’s stashed should make it.

After The Rainfall – Arts Depot

This time-straddling, multimedia production flits between years, locations and media forms in its dissection of humankind. Challenging, Ed Fringe-winning work. 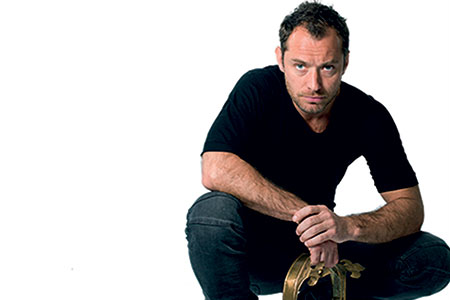 The fifth and final production in the Grandage season sees London-lad-turned-Hollywood-mega-star Jude Law getting down to some stage thesping as he takes on the central role in this Bard adaptation.

A big celeb up close and intimate in this powerhouse production.

Sex And The City star Kim Cattrall becomes the latest US star to tread the UK boards when she stars as a fading Hollywood legend in this production of Tennessee Williams’ powerful drama about fading hope and the reality of failure. Bummer.

The Top Three Casinos in London