In the footsteps of James Joyce in Rome 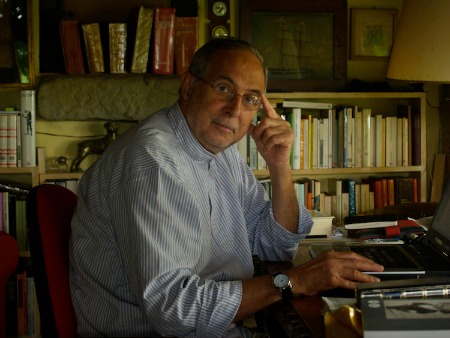 A literary journey wandering streets and visiting monuments that James Joyce wandered and visited during his stay in Rome between 1906 and 1907. A literary journey that helps us discover a different Rome, much changed over the years but always fascinating, with a history that has made it unique since it has conserved within itself and for itself the splendour of ancient glories.

Joyce’s Rome was a city that slumbered even while showing itself devoid of veils and modesties, among stalls with fried fish, boiled tripe and charcoal-roasted corn cobs, and with the luxurious magnificence of the Church. Indeed Oscar Wilde, a non-Catholic but papist, called it the city of rustling petticoats, of richly suggestive rituals, of ceremonies that satisfied the senses. Today it is different, having lost ancient sounds and scents and having rediscovered ancient venues and monuments that seemed swallowed up by time.

It is necessary to visit the Coliseum in order to view with different eyes the amphitheatre which Joyce called a white corpse. Upon seeing it, he was overcome with dismay, with a disheartening anguish, and he was unafraid to state that it was merely an eerily silent funereal vestige, the throbbing sign of disquiet, the unconscious lethargy of history. The Coliseum is indeed a vestige, but it is an extraordinarily impressive architectural structure. Elliptical in plan, constructed on an area previously occupied by an artificial lake, there are 80 travertine arches interspersed with half-columns, sculptures, reliefs and inscriptions, while inside the terraces host balconies, corridors and access stairs.

Not far away is the Roman Forum which we encounter following Joyce’s wanderings. In search of hidden Roman prisons, he visited the “Tullianum Robur”. Built around 184 BCE, it was an infamous place of certain death, of cruel holocaust, where the Numidian Jugurtha, the Gaul Vercingetorix and the Catilinarian conspirators were imprisoned so as to be swallowed by oblivion and consumed by persecution. This place, which can now be visited, is circa 8 by 5 metres and 3.5 meters below ground, enclosed by large boulders among narrow, oppressive tunnels. It is the most hidden part of the prison and is reached from a small room above it built with square tufa blocks. A fascinating place also because it was, for about nine months, the prison of Saints Peter and Paul. This event, as illustrated by some eighth-century frescoes, prompted the cult of St. Peter as Vicar of Rome.

In the Forum, Joyce spent time and anguish for a city which, to him, was a reflection of a past trying in vain to survive the present. Thus Joyce went about counting stones, contemplating the charm of the Atrium Vestae marked by polychrome fragments of pavement as effigies of wealth and affectation among the coralline breccia ruins. A place made sacred by the Virginae Vestales so that the goddess Vesta would receive public worship and be honoured by the priestesses whose heads were encircled the by vittae, by the infula, by the suffibulum which fell as far as the shoulders, with their hair arranged as seni crines. Now a large atrium welcomes visitors to this splendid edifice. All around are two-story columns so that the space, adorned by large basins, forms, as it did then, a beneficial home for the priestesses. At the rear and the sides can be seen various rooms, comfortable refuges to live as best possible and large stores to conserve sacred ornaments.

Then we can proceed quickly towards the Palatine Hill, towards the temple that Joyce loved to visit to respect the ancient rites of purification that required immersing oneself in the river. Thus to pay homage to the Magna Mater, to Cybele who was attended by priests who, in her honour, were castrated on the “Dies Sanguinis”. Thus the need to recall the “ludi megalenses” held during the spring equinox, when the high priest practised “Sanguem” by slicing his flesh with shards and cutting his skin with a dagger to then sprinkle his blood on the sacred pine tree. Today the ruins of the temple are seen as altars between three sheds dug in the rock and the Domus Tiberiana. One seems to hear in the silence the psalms sung to honour the goddess Cybele, the Great Mother.

Finally, we travel along the old Appian Way to experience a place that Joyce hastened to visit since it had been discovered only in 1859 and he had been fascinated by it thanks to some readings made in Trieste. The Vigna Randanini was (as it still is, even though altered externally by restorations) an ancient Jewish necropolis dating to well before the Christian catacombs. Joyce was speechless at the sight of those ruins, recalling the succession of rituals that had marked the place. Imagining the first settlements when, it is said, the area was sacred to the Jews and it was constructed according to patriarchal dictates, with galleries and narrow tunnels making room for tombs carved into the volcanic rock walls. Visiting that place even now we can imagine a synagogue, where there is water, where there is the division of spaces into two units (one for men, one for women), where we can deduce the presence of apses. Thus there is a large oblong space preceding an antechamber, then a vestibule as a place of access leading to another room containing a well of circa 6 metres, a necessary element for a synagogue.

These were certainly the most indelible memories for Joyce as he wandered, bored and inebriated, through Rome. Memories that can be revisited with renewed interest if we decide to consider them as evocative literary tours and Joycean itineraries.

Giuseppe Cafiero has recently published his latest book James Joyce 1906-1907: The Ambiguity of Epiphanies – a fascinating and provocative literary fiction exploring the forgotten year that Irish author James Joyce lived and worked in Rome, enjoying an extraordinary love-hate relationship with the eternal city. 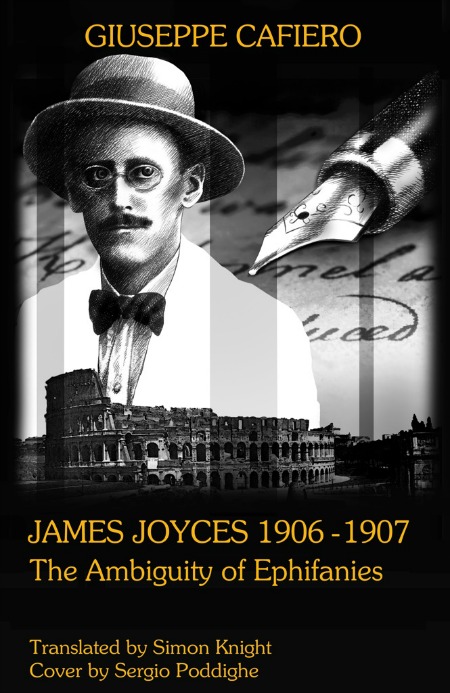 We Are What We Are – review and trailer