Into the fast lane: Aussie Daniel Ricciardo has been handed his dream drive with Red Bull

Big names were bandied about as to who would become the other Red Bull Racing driver next year when Australian Mark Webber left – Kimi Räikkönen (2007 World Champion) would have been popular with fans and Fernando Alonso (World Champion the two years before the Finn) was also rumoured – but there was already a chosen one.

Perth-born 24-year-old Daniel Ricciardo was last week announced to take the Renault hot-seat Webber, 37, had occupied since 2007. While those outside the sport may be surprised at his promotion over more fancied options, a look at his steady yet swift rise through the motorsport ranks, and the words of Red Bull team principal Christian Horner, explain how Ricciardo’s found himself in this position. 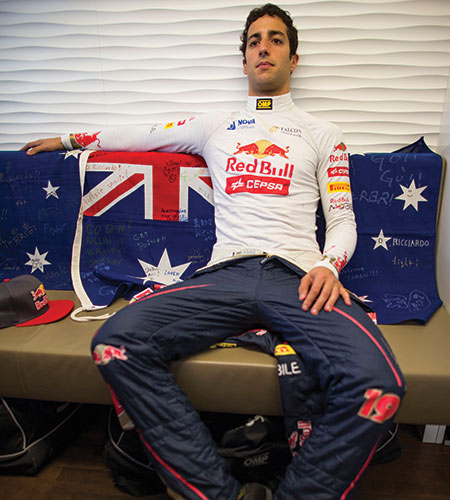 “In the end it was a very logical choice,” Horner says.His success story started at age 11, when he won the Wanneroo Tiger Kart Club’s midget division in 2000, just two years after a compromise with his parents saw him into the mini four-wheelers instead of the motorbikes of his hero Valentino Rossi. After having a crack at Formula Ford in Western Australia, the talented teen went to Asia to take on the Formula BMW series aged just 16.

He was soon at the Formula Medicine clinic in Viareggio, Italy, then racing in the Formula Renault and winning his first European title in 2008’s Western European Cup as a Red Bull driver. His blistering times at the 2009 Young Drivers Test – 1.3 seconds faster than the next – caught the attention of those not already in the know, then he became the first Aussie since David Brabham in 1989 to win the British Formula Three title. 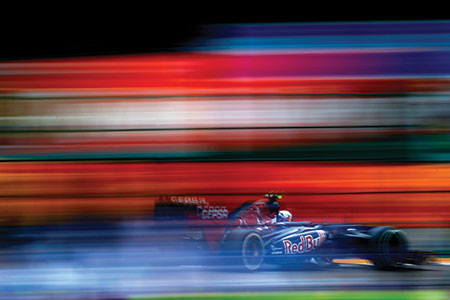 When he got an F1 drive with the lowly Hispania Racing Team in 2011, his tyres were marked. “We’ll certainly be keeping a very close eye on him,” said Horner, before he was put with Red Bull’s junior F1 team Toro Rosso-Ferrari for the 2012 season. “This is the first step on the ladder for him. He’s still very young, but it’s an opportunity that has been presented to him and it’s down to him to grab it.”

Earlier ear-marked by Sir Frank Williams (of the Williams team fame) as the sport’s next star, he’s now got a shot at making it a reality. But his move from Toro-Rosso to Red Bull is significant – he’s going from a team for which a top 10 finish is as good as what a win (or at very least a podium finish) would be for Webber and his new teammate, three-time World Champion Sebastian Vettel.

“We know Daniel is very quick and Sebastian is the best in the business at the moment, but I think people will be surprised at how quick Daniel is,” Horner said. “It’s going to be very surprising to see what he is capable of next year.” 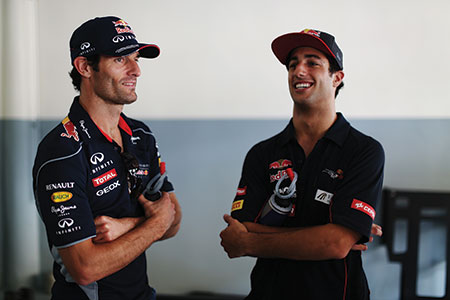 Webber, who goes to drive a Porsche in sportscar racing next season, has backed his countryman to replace him from the outset, despite his at times prickly relationship with the team and his younger, more successful teammate. Many pundits say Ricciardo’s perceived willingness to play second fiddle to Vettel gave him the edge over Räikkönen, but the driver with the cheeky grin doesn’t see it that way.

“Next year I’ll be with a championship-winning team, arguably the best team, and will be expected to deliver,” he said. “I’m ready for that. I’m not here to run around in 10th place, I want to get the best results for myself and the team.

“It will be a great challenge to be up against Sebastian Vettel; I’m looking forward to that. My aim is to finish this season as strong as possible, for myself and Scuderia Toro Rosso. Then, once the off-season is here, I’ll be fully focused on next year and the next stage of my career.” 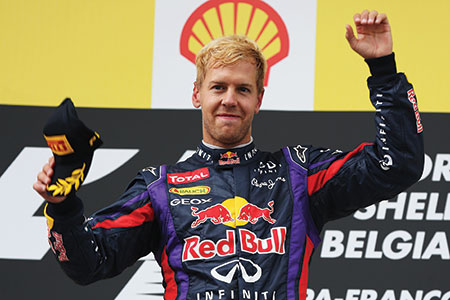 Before the weekend’s Italian Grand Prix, Ricciardo was in 14th for the driver’s championship with seven races to go, one behind his French teammate Jean-Eric Vergne, although he’s managed four top 10 finishes (one more than Vergne). At Red Bull, Vettel is looking at his fourth title in a row having won five of the season’s 11 races and finishing out of the top three just three times (twice fourth and once retired). Webber was in fifth with three podium finishes but just one drive outside the top five. How much this gap in results has to do with Ricciardo’s equipment, we’ll soon find out.

Horner clearly thinks the Aussie has the chops to build on the work of Webber and Vettel, signing him to what’s been called a “multi-year agreement”. “He’s got all the attributes that are required to drive for our team,” Horners said. “He’s got a great natural ability, he’s a good personality and a great guy to work with.

“Daniel knows what the team expects. He’ll learn quickly and it’s very much a medium- to long-term view that we’re taking in developing him. I think he’s going to be a big star.”The team supremo also insists Ricciardo will be given the “identical opportunity and equipment” to Vettel.

“From what I hear the team is very much interested in equality,” Ricciardo said. “I am definitely aware that if I do get the opportunity to race alongside [Vettel], it is not going to be easy. If I can’t, well, at least I can say I tried. But I believe I can.” 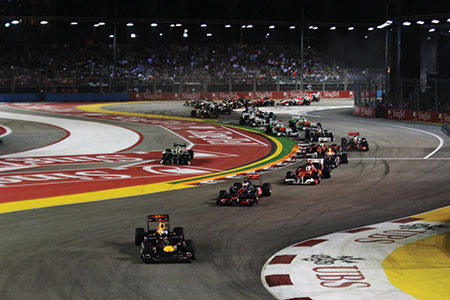 Seven races remain in this year’s Formula 1 season – can the pack catch Vettel or will it be four in a row?

The cold truth? Your iPhone uses more electricity than a fridge