The discussion coincided with the 18th Communist Party Congress in Beijing, in which leaders unveiled the 20 men and women who would govern the country for the next decade, and the US election that chose a president for the next four years.

For the West, a central idea of the last century has been that democracy is the only viable form of governance. To paraphrase Italian philosopher Benedetto Croce, who wrote History As The Story Of Liberty, we seem to believe as civilisations develop they move towards the rights we in the West enjoy today. The assumption is that democracy and freedom go hand-in-hand and, once installed, leave us free to get on with serious human endeavours, such as getting to the moon and inventing the microwaveable panini.

However, the world’s coming superpower, China, the nation most likely to dominate the next century, believe that’s a crock of shit – democracy that is, not the panini.

The scripted solemnity of last Thursday’s Communist Party unveiling (above) was in stark contrast to the worldwide media frenzy surrounding the American presidential race, which returned Barack Obama for a second term.

The hope that China will one day come around on the whole democracy thing was recently dubbed by Canadian politician Michael Ignatieff “a cliché of optimistic Western discourse”. China’s ruling elite share MIT economist Yasheng Huang’s view that democracy is a hindrance to growth. This viewpoint comes at a time when most commentators are predicting China’s economy will overtake the long-dominant US as the biggest in the world – between 2018 and 2020 is the window given – and birth the Chinese-led century.

When the author Martin Amis said, “Anti-Americans in Europe should use their imagination to think what its going to be like when China, a statist authoritarian power, is imposing its values on the world,” he distilled either a belief, a fear or an ignorance – depending on who you talk to – in the West of China, its growing economic might and maybe even its perceived imperialist tendencies.

These thoughts were far from assuaged at Intelligence Squared’s debate last Wednesday at the Emmanuel Centre, where experts argued on the topic, Western Liberal Democracy Would Be Wrong For China.

Speaking for the motion was Martin Jacques, author of When China Rules The World. “The next century is China’s,” he said. “The West needs to get used to it. The world’s culture is going to become less and less American, and more and more Chinese.” The pro-Chinese author who edited the Great Britain Communist Party’s Marxism Today from 1977 to 1991, impressed on the audience the meteoric rise of China’s economy and said people should “show some respect” to the country and “not to judge by Western standards”.

“The problem we have in the West is the conventional approach is to try and understand China using Western terms using Western ideas – we can’t. China is not really a nation state, it’s a civilisation state,” Jacques said in a previous lecture. “The most important political idea for the Chinese is unity, the maintenance of Chinese civilisation.”

Maintaining that civilisation comes at a price – in 2012 China spent more money on internal security than on its own military. Jacques argued that “there have been no real challenges to state power in 2000 years”. But Hong Kong democracy activist, Anson Chan, who said at the debate that democracy could work for China, begged to differ. She referred to Chinese sociologist Sun Liping’s estimate of 180,000 “mass incidents” of organised insurrection or protest in China in 2010 alone. The Chinese Academy of Social Sciences says it’s more around the 90,000-plus mark. The most famous is, of course, the Tiananmen Square protests of 1989.

Author of The China Wave: The Rise Of A Civilised State and former translator for Chinese leader Deng Xiaoping, Zhang Weiwei told the debate Western-style government isn’t for China. When it was noted that India’s democratic system works with a population not far from China’s, Weiwei simply argued his country was too big for democracy. 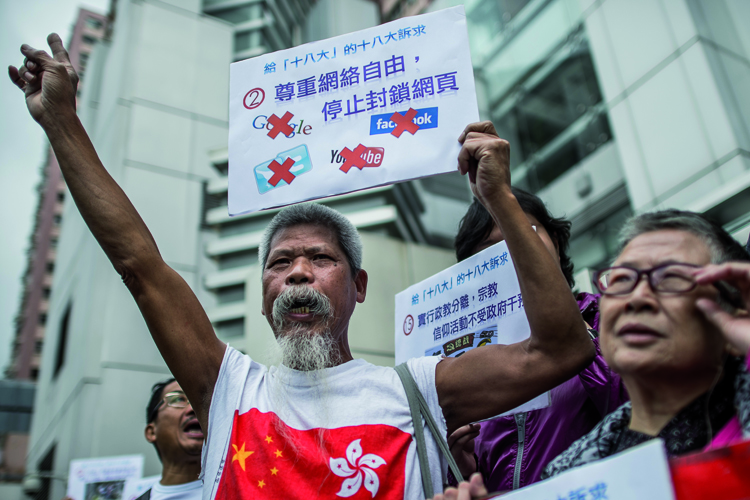 Jacques added the Chinese view of outsiders makes change unlikely. “The Han [the racial group making up 90 per cent of the Republic’s population] have a weak conception of cultural difference. They believe in their own superiority, hence their attitude to the Uyghurs and Tibetans.”

The debate on democracy in China is often linked to China’s rapid economic ascension, which isn’t simple. Economists say China could struggle if demand for its mass production capabilities from Western companies lessens. The revaluation of its fiercely guarded currency is also predicted to come sooner rather than later, making production costs much higher. That could make China a far less palatable place for the West to do business.

There could also be a demographic crisis due to the nation’s one child policy – soon one child could theoretically be responsible for two parents and four grandparents, potentially placing huge strain on the state or significantly  adjusting its economic position.

Making the case for democracy at the debate, former China correspondent for The Observer and historian Jonathan Mirsky wrapped his view up bluntly: “The fact is, if we were having this debate in China, we’d be in prison tomorrow.”

Working as a live-in carer