The crisis at Japan’s Fukushima nuclear power plant is mounting as the rescue crew try frantically to cool the damaged reactors and exposed fuel rods, hoping to avert a major escape of radiation. Japan has now raised the nuclear accident level from four to five.

The battle to prevent a nuclear catastrophe continued as Japan held a minute’s silence to mark one week since the country was devastated by an earthquake and tsunami.

There have been fires, explosions or partial meltdowns in four of the nuclear facility’s six reactors.

Risking their lives, engineers have been working around the clock to avert a potentially devastating release of radiation from the plant.

Powerful water hoses were used to shoot 50 tons of water onto the nuclear reactors but the firefighters have to keep their distance and limit the time they can be inside the buildings because of the radiation.

Yesterday the military attempted to drop seawater from helicopters onto the damaged nuclear reactor buildings but the operation was not a success and today officials from Tokyo Electric Power Co (Tepco) said it will not be repeated. 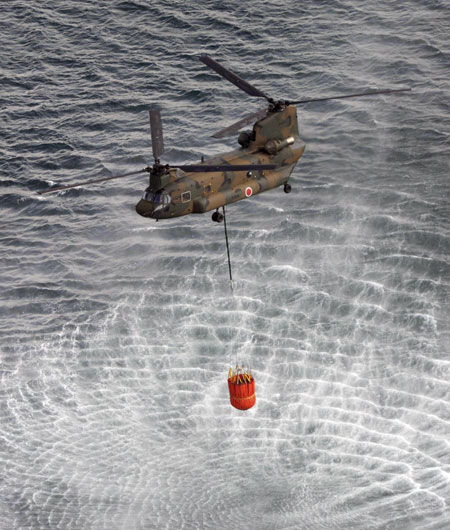 Meanwhile, utility workers are hoping to use an emergency power cable which would allow a steady supply of electricity to run water pumps. However government officials say it could be Sunday before cooling units can be re-started at the number two and three reactors.

A spokesman for the Fukushima 1 plant, 150 miles (240km) north of Tokyo, has admitted the situation is “severe”. 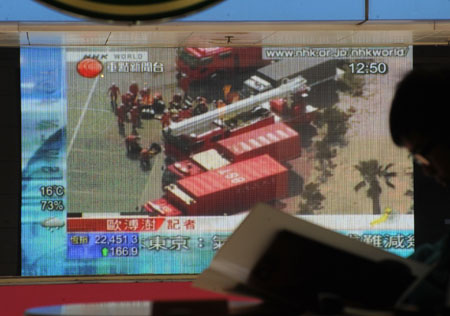 A television screen in Hong Kong shows fire trucks lining up outside the Fukushima power station in Japan.

According to the country’s nuclear agency spokesman, a “Chernobyl solution” of burying the reactors in sand and concrete is in the back of authorities’ minds.

In Tokyo and the north of Japan, millions of people are remaining indoors as fears grow of a blast of radioactive material from the complex.

It is now emerging that the disaster at Japan’s Fukushima nuclear plant follows decades of falsified safety reports, fatal accidents and underestimated earthquake risk in Japan’s nuclear power industry, according to nuclear engineers and academics who have worked in Japan. 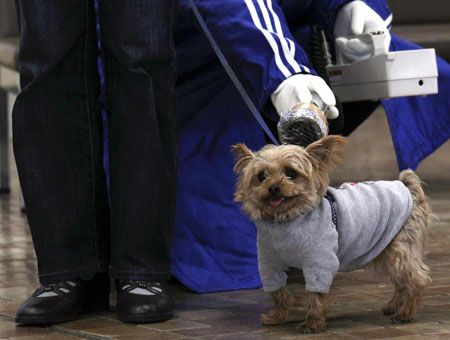 A dog is screened for radiation.

One Direction’s Harry Styles loves to get naked all the time, say bandmates