The hosts were 18-14 up when they were on the attack in the closing moments and George Burgess put a high shot, clumsy with no malice, on Sonny Bill Williams.

The back-to-back set gave the Kiwis the only chance true champions need – the ball made it to fleet-footed Shaun Johnson who skipped around a charging Kevin Sinfield and swerved around his soon-to-be teammate Sam Tomkins to tie up the game with a try.

Then, cool as you like, he slotted the conversion – not a straight-forward one – to make it 20-18 after full-time.

England started well, grinding out an 8-0 lead with a try to Sea O’Loughlin and the conversion and a penalty kicked by Sinfield, but then gave up 14 unanswered points. 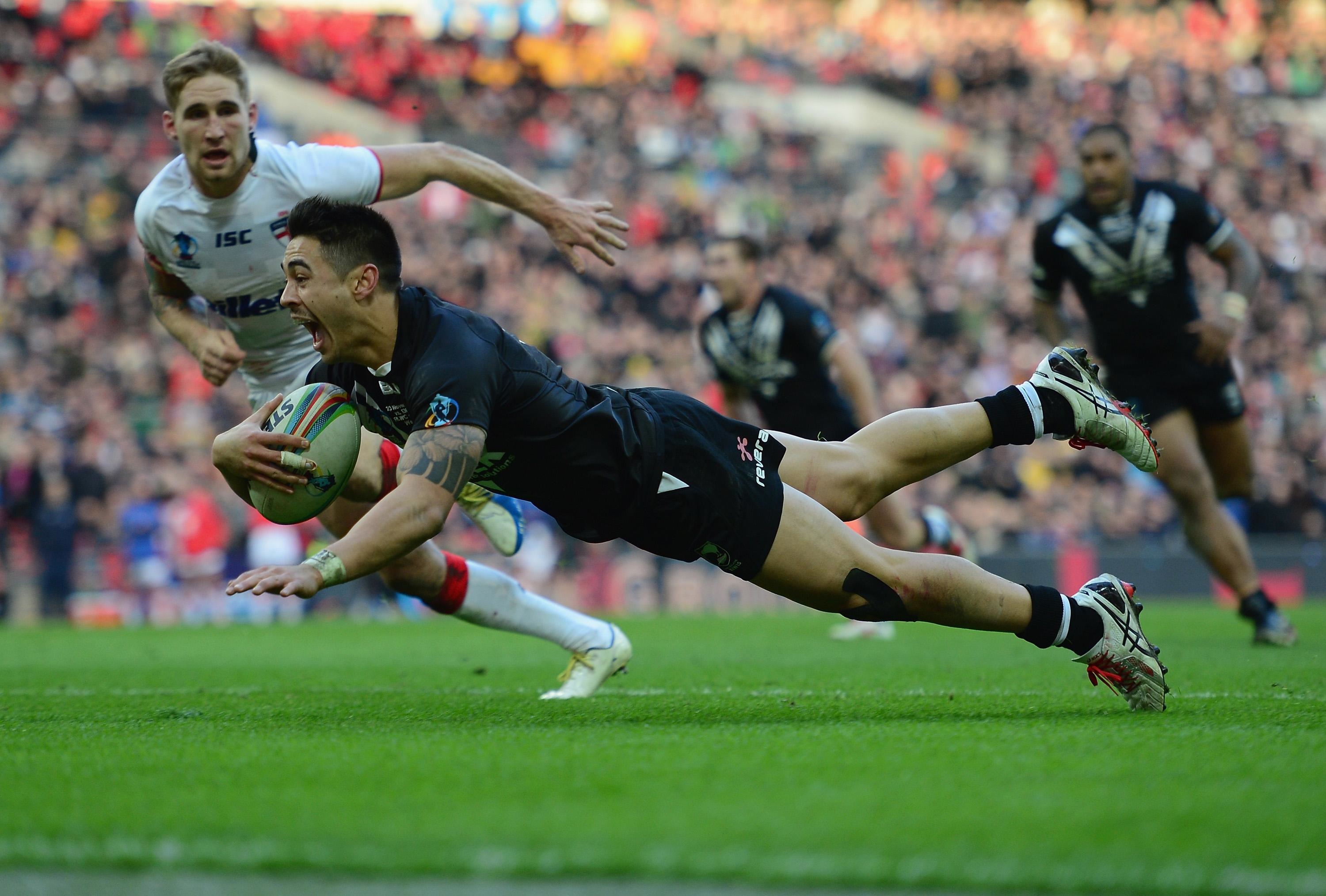 It took a spectacular try to hit back, with a speculator from Isaac Luke bouncing over the sideline but a flying Dean Whare flicked it back in for Roger Tuivasa-Scheck to score his seventh try of the tournament. Johnson converted and then kicked a penalty to tie things up 8-8.

Roger TS was in again just after the break for his eighth and the holders came out on fire and the penalty count mounted before Johnson added two more to make it 14-8. But England didn’t give up the fight.

Kallum Watkins ran a strong line to score an unconverted try, before barnstorming man-of-the-match Sam Burgess scored one of his own to give England the 18-14 lead. Sinfield, painfully for England, missed the conversion again. 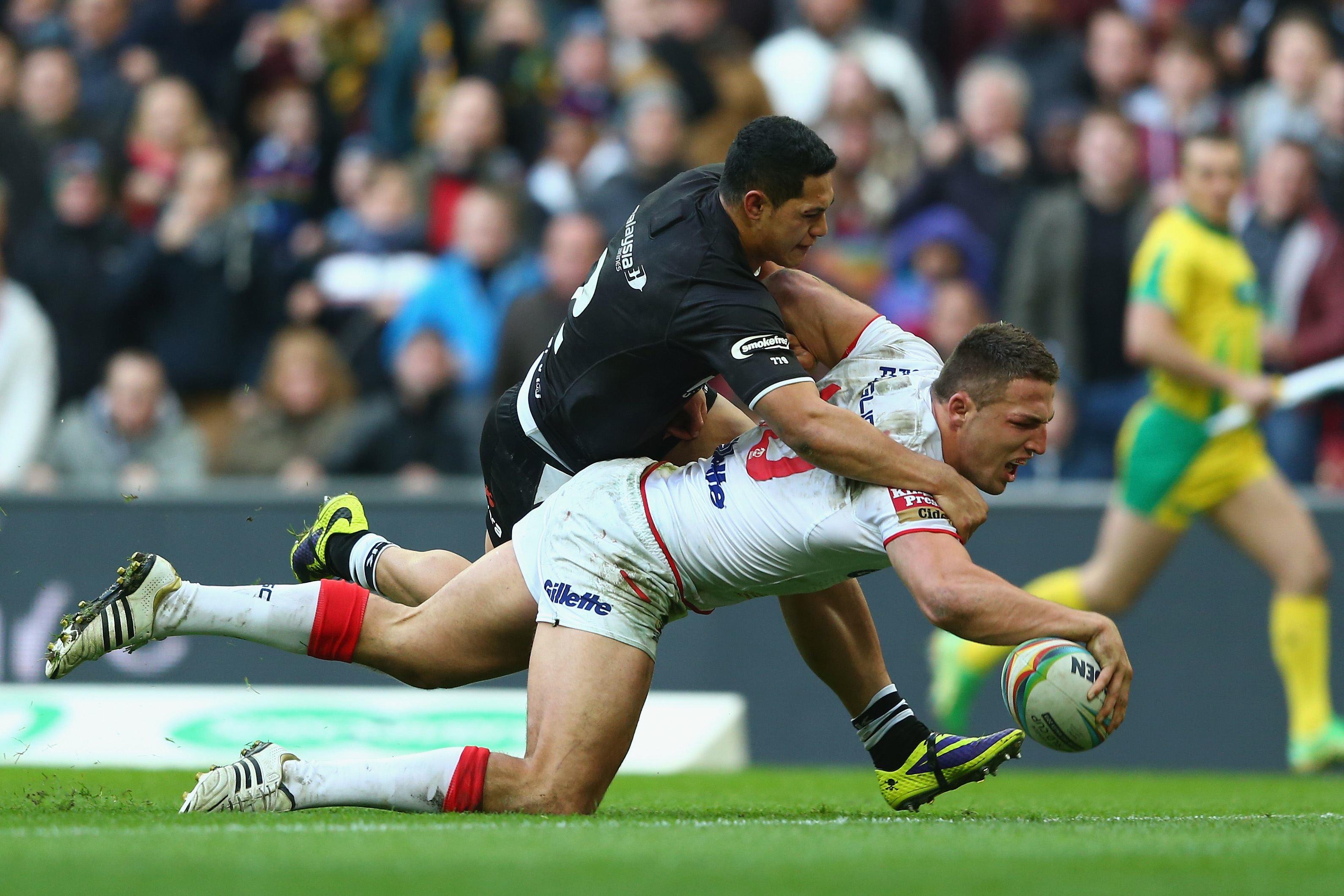 Minutes ticked by until that final play with Ryan Hall, England’s backs to the wall, almost snatching an intercept try to wrap the game up only to spill to to hand back possession within 10 metres of his own try line.

The rest is history, and after one of the best matches in probably any code of anything ever – not even exaggerating, if you missed it, fix it – New Zealand have the opportunity to defend their title against Australia. 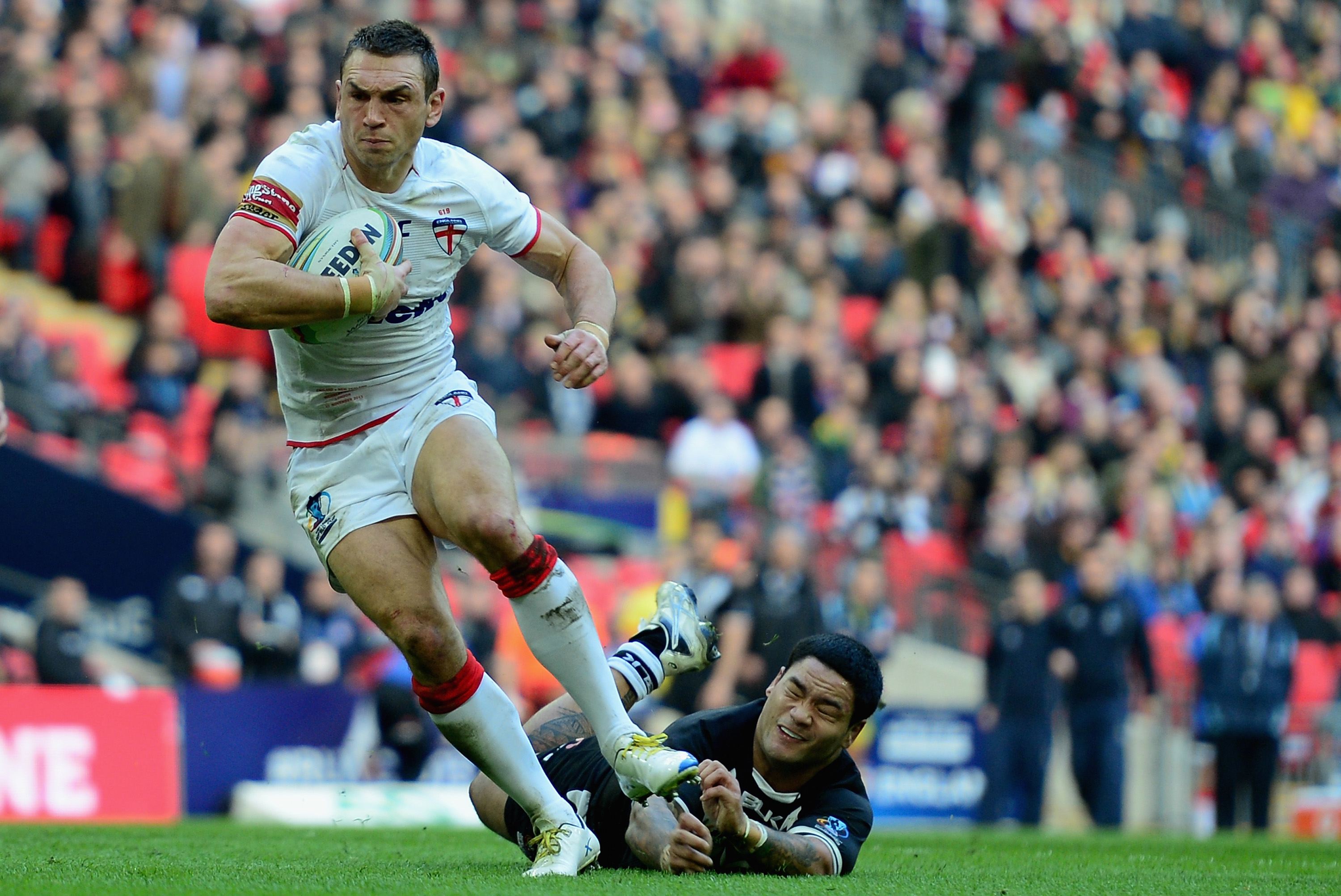 England coach Steve McNamara already started talking about the next Cup: “We have got to move on. Right now we are all feeling this, the worst we can probably be, but worse things happen in the world.”

Johnson was understandably flying after the win.

“It is a bit of a blur,” he said. “It feels surreal at the moment… just to see the looks on the boys’ faces and see how much it means to all of us.

“That’s probably the most pleasing thing about what happened in that last minute. I got the ball and was able to beat a couple of people and score a try, but seeing the boys’ faces, that beats it all. I’m just stoked.”

England has one-day heatwave as temperatures reach 32C in London