Kangaroos go into World Cup final without star fullback Slater, but have talent riches to replace him

A knee injury will keep Slater from the second semi final in The Big Hit, the marketing name given to the double-header semis at Wembley Stadium.

Slater left the field two minutes into the second half of the Kangaroos’ 62-0 demolition of USA, the surprise packet of the tournament who had already won their grand final by making the quarters.

Australia now takes on Fiji at 3.30pm on Saturday, following New Zealand and England at 1pm. 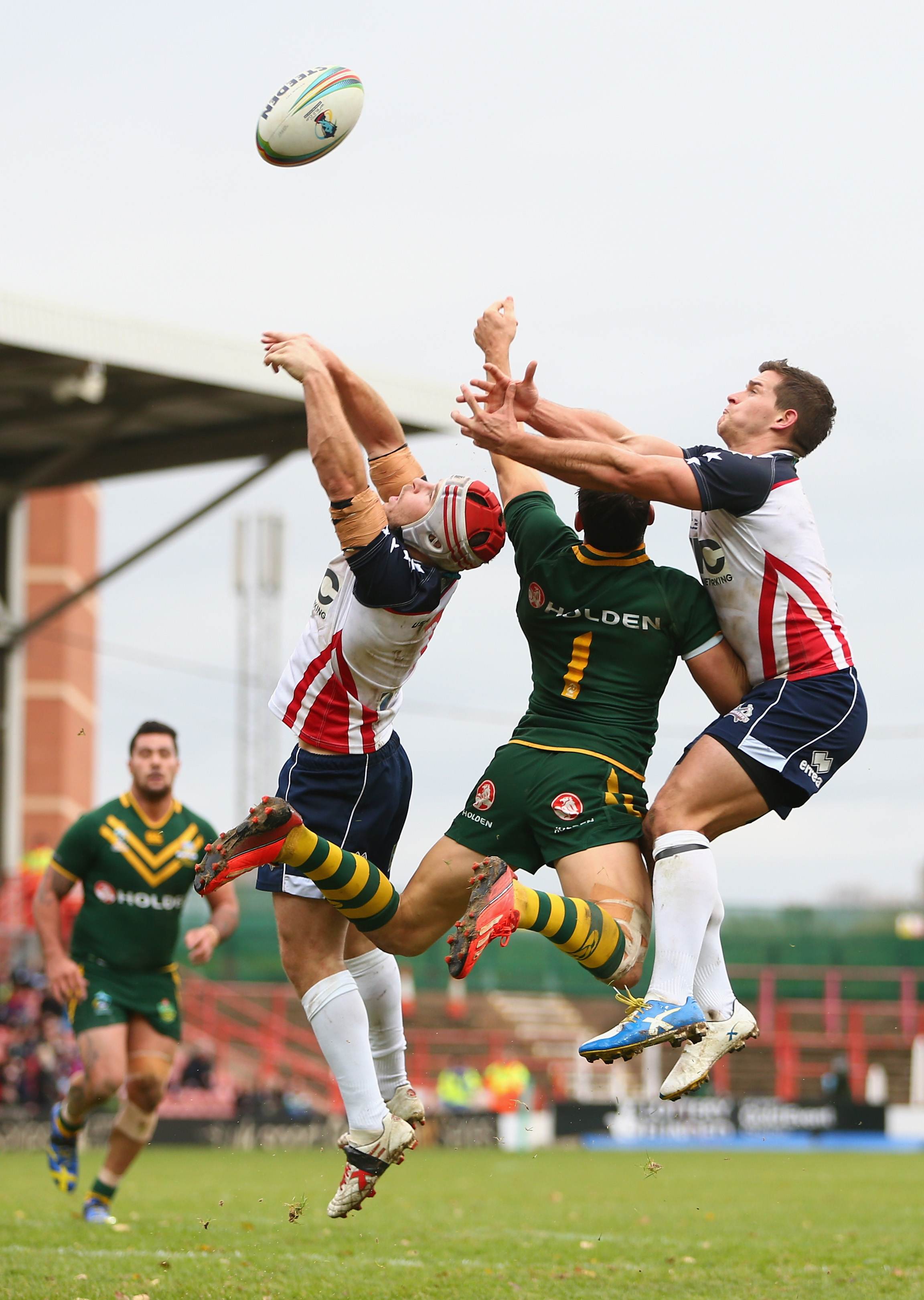 The departure of Slater, a former Golden Boot winner, is the ultimate sign of the strength of Tim Sheens’ side with some pundits suggesting the South Sydney fullback could be more dangerous there than at centre. Inglis also has the luxury of a game at fullback under his belt in this World Cup, and that was against Fiji in their second match when Slater was rested.

If Sheens decides to keep Inglis at centre, he could even go for Jarryd Hayne or Darius Boyd at number one, with both players State of Origin level there despite playing on the wing here.

A team spokesman said Slater’s knee was too swollen for doctors to get a proper diagnosis but then confirmed he’d torn his anterior cruciate ligament, making him a slim to none hope of making the final on November 30 at Old Trafford should the Kangaroos make it.