What Wallaby woes? McKenzie delighted by Australia domination in Dublin

McKenzie, yet to beat a major nation after defeats only to New Zealand, South Africa and England during his tenure, was delighted to win convincingly in a stadium Ireland would hope to make their fortress.

‘I think there’s people out there you never please, someone will say ‘you haven’t beaten the All Blacks.’ We can’t do that until August,” he said.

‘In the meantime, we can beat whoever is in front of us. The thing that is incredible to me is that we’re playing these games in their backyards, and there’s got to be some credibility in that somewhere. 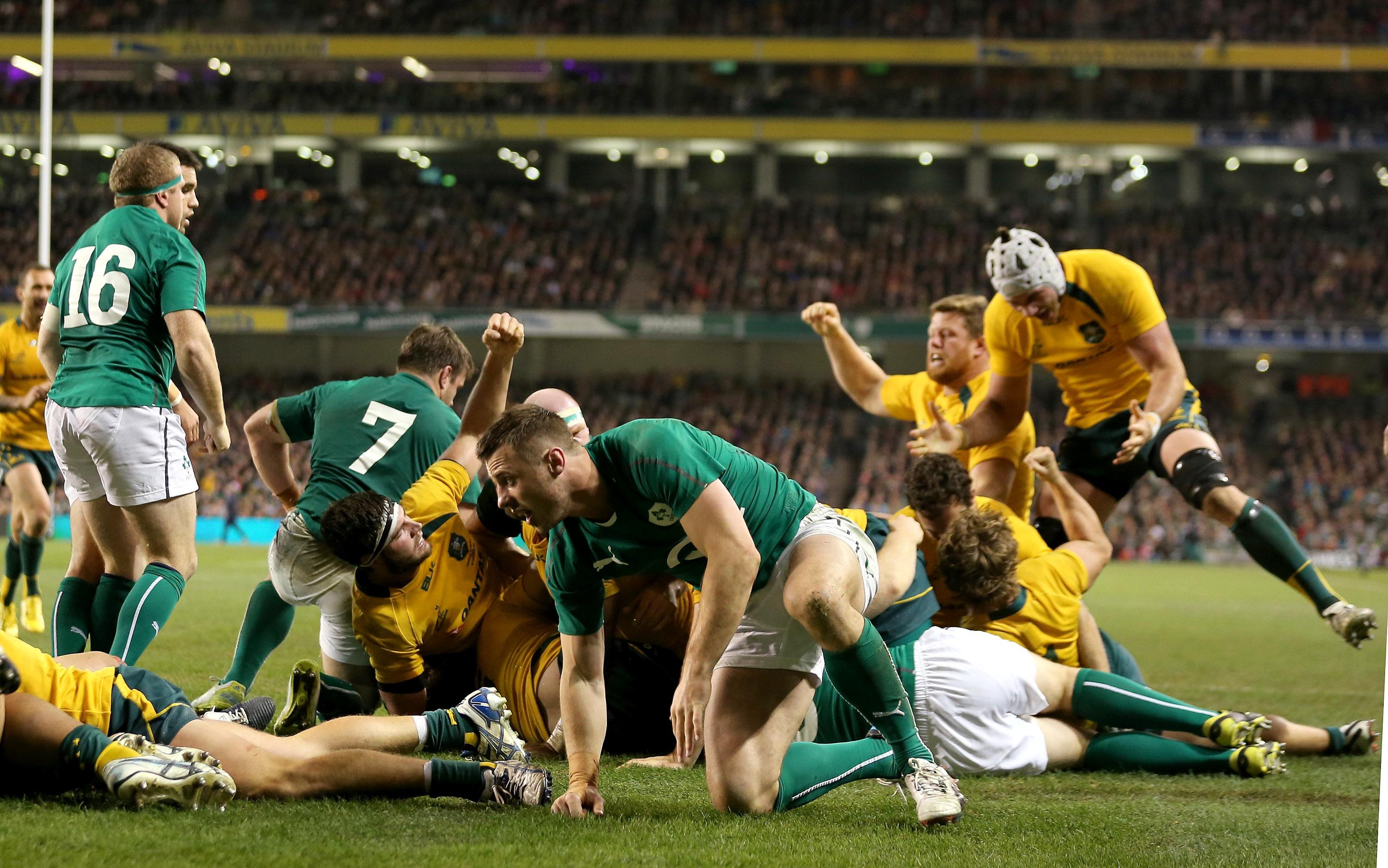 ”Getting over the try line was an issue for the team in the past; hopefully the fans are getting excited about the fact that if they turn on the TV they might see some interesting stuff.”

The Wallabies’ performance featured some genuine spark, none more so than that of Scott Fardy’s break, fend and flick pass to set up Michael Hooper’s first of two tries.

Other tries came through Nick Cummins and Quade Cooper, who scored from a set piece off a scrum that, wait for it, Australia was strong in against a solid Ireland pack. Cooper kicked two penalties and three conversions.

”We nearly got a pushover try; people weren’t expecting us to do that,” McKenzie said.

Next target for McKenzie’s men will be a match Australia will fully expect to win against Scotland, after they were dismantled by South Africa 28-0 at Murrayfield.

They’ll likely play without Tevita Kuridrani, who was sent off for a dangerous tackle on Ireland’s Peter O’Mahony.

The obvious replacement at centre would be Adam Ashley-Cooper, but his shoulder carries a question mark meaning the Wallabies depth will be tested.