This is the first indication that Kate and William may have made up their mind to marry in the historic Abbey. There had previously been doubts as Princess Diana’s funeral was also held there.

A St James’s Palace spokesman said: “Miss Middleton paid a short, private visit to Westminster Abbey in order to be able to consider it as an option.”

The date and venue for the Royal wedding are expected to be announced tomorrow, once they have been cleared by the Queen.

Congratulations from the world

The world’s eyes are on the couple and messages of congratulations have poured in.

US President Barack Obama sent his “best wishes” to the couple and Welsh crooner Tom Jones has offered to sing at the wedding.

Prime Minister David Cameron made a statement to MPs: “I’m sure the whole House will wish to join me in sending our warmest congratulations and best wishes to Prince William and Kate Middleton on their engagement.

“I’m sure everyone agrees this is wonderful news, we look forward to the wedding itself with excitement and anticipation.” 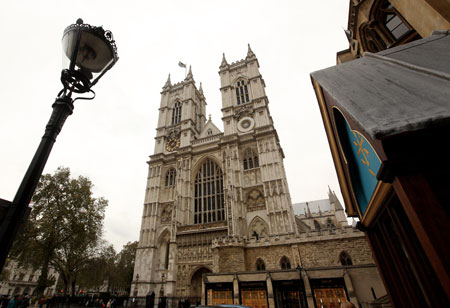 Who will pay for the Royal wedding?

It is likely that Prince Charles will pay for the wedding of his son.

Although it has been reported that Buckingham Palace will be sensitive to the current economic climate, a contrast to the excess of Charles and Diana’s 1980s bonanza, it is still likely to cost a few quid.

The Queen and the Middleton family are also likely to contribute. However, the security bill, which is estimated at £20million, will be footed by the taxpayer.

Anti-monarchy group Republic have expressed their anger, saying that taxpayers should not have to pay any money towards the wedding.

However, economists have pointed out that the Royal wedding could generate £600 million for the British economy through retail and tourism.

Melbourne to Cape York: The Best of the East Coast