Duchess of Cambridge Kate Middleton and Prince William met Barack Obama and his wife Michelle at Buckingham Palace today and, if Twitter is a gauge of political importance, Kate’s Reiss dress stole the show.

Reiss has since experienced such a high volume of traffic to its online store – as women look to buy Kate Middleton’s dress – the shop’s server appears to have crashed.

Buy the Reiss dress Kate Middleton wore here to meet Michelle Obama
(but be warned you won’t be the only person trying to open this page!):
reissonline.com/shop/womens/dresses/shola_/camel

Prince William and Kate Middleton have just returned from their honeymoon and were looking suntanned and relaxed for their meeting with the Obamas.

Kate rocked a bandage dress from high street chain Reiss which she wore with bare legs and black stilettos. 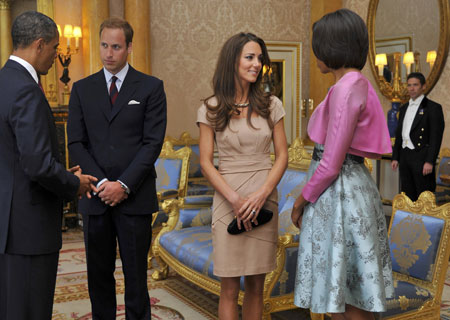 Reiss received a boost to its profile after Kate wore the cream dress to meet Barack and Michelle Obama; the brand’s name was trending on Twitter shortly afterwards. The Duchess has already made famous one of their dresses by wearing it for her engagement photo.

David Reiss, the founder and managing director of the chain said: “Kate has been a customer of Reiss for some time now and we are absolutely delighted that she chose to wear one of our dresses for such a wonderful occasion.”

Stunning though she looked, Michelle Obama was caught out when she stepped outside Buckingham Palace for a photo call, only to find the wind had picked up. Pictures show America’s First Lady clinging onto her skirt for dear life. 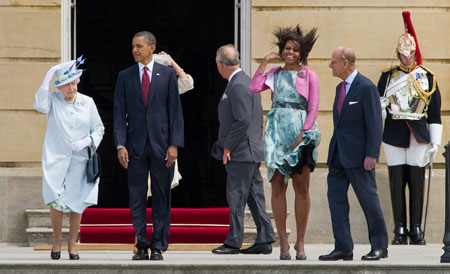 Michelle Obama hangs onto her skirt during a windy moment

The Obamas met Kate and William met Barack and Michelle Obama for around 20 minutes before a formal ceremonial welcome began in the Buckingham Palace gardens. 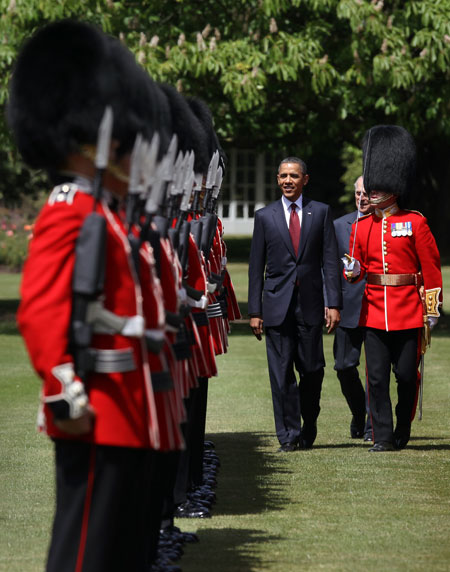 The US president’s state visit is only the third in 100 years and comes as Britain and the US prepare to form a joint national security council which will share intelligence.

But really, it’s all about the dresses. 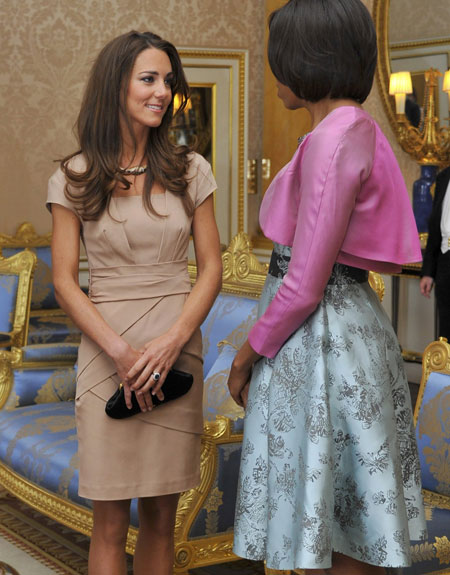 A day at the races: Royal Ascot and more posh things to do in London

Pride of a Lion