That’s what Laura Evelyn decided when presented with a 31-point set of rules on viewing a new share house.

Other demands stipulated no eating in the bedrooms, strict time frames and time limits on showers, a maximum of 30 minutes cooking time and giving two week’s notice for guests who have to be approved.

Breaking any of these rules would lead to immediate eviction from the house or at the very least, a fine.

Also, personal belongings left in communal areas would be “thrown out as junk”.

“Noisy people and rude people will get one chance to calm down,” the rules said in one of their more generous moments.

Laura posted images of the list online yesterday and it has become a viral hit. She wrote: “Need a room to rent? I was given this upon a recent viewing. This is not a joke! #heseemedsonormal”

“The pork sanction was the deal-breaker,” she wrote. “I could’ve handled the shower/sleep/cooking/existing allowances.” 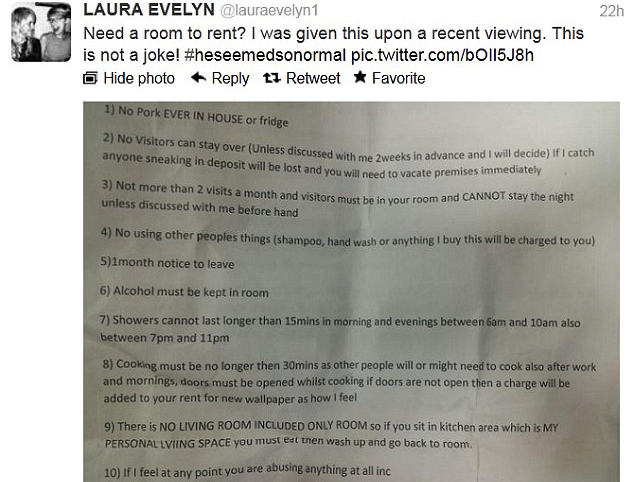 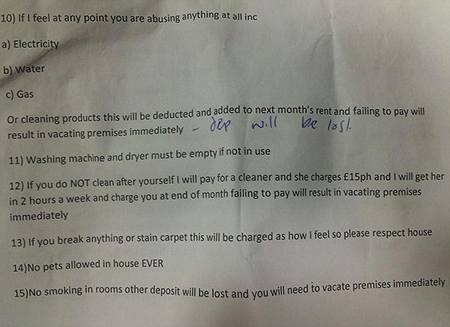 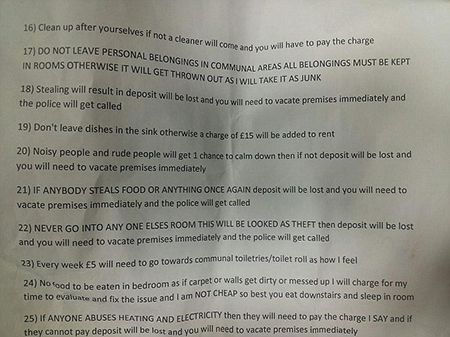 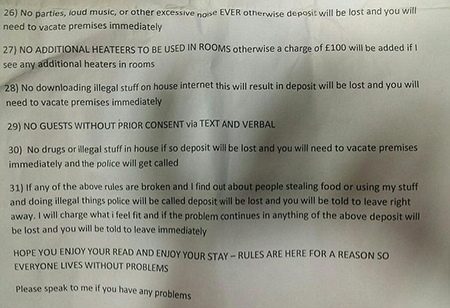 @lauratosney It was reasonable. Oh so reasonable. And then he kindly offered me some light reading for my journey home…