Dozens of film premieres, which the square is famous for, were held at other locations across the city while the work happened over the last 17 months.

London Mayor Boris Johnson, who will officially re-open the square tonight, described the square as a “beacon for world premieres and stars of the silver screen”.

He added: “This fantastic makeover is an integral part of the legacy that London 2012 will bring, helping to rid the square of the blight of anti-social behaviour and creating a must-see destination for the thousands of people who visit each day.” 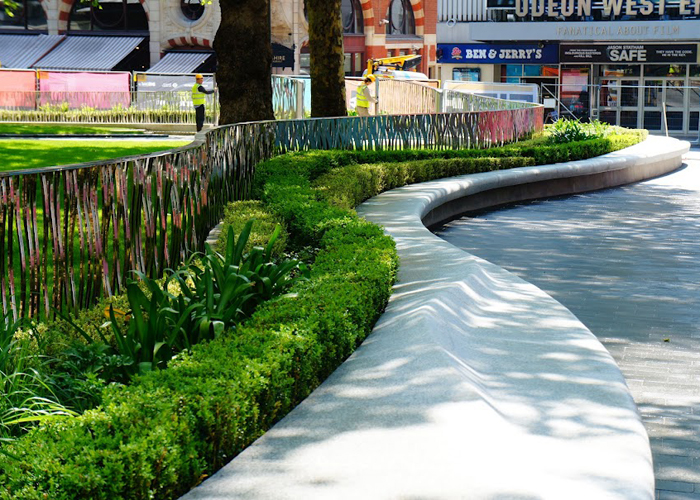 The new-look square, revamped as part of Westminster Council’s effort to improve public spaces, has 12,000 square metres of granite paving, stainless steel railings, and a water feature that shoots two-metre high jets of recycled water into the air around the Shakespeare statue.

The trees in the square now also have uplighters to make visitors feel safe at night.

Westminster council hopes that the new look will help tourism and attract more major business to move there.

To celebrate the refurbishment, five days of film-related events will be happening at Leicester Square, including an Alfred Hitchcock presentation by the British Film Institute.

They’re polishing the new mirrored fencing & gates in Leicester Square. It opens tonight! More from here after 8.30am twitter.com/JasonRosam/sta…