Libyan embassy staff will be expelled from Britain, the UK foreign office has announced. The National Transitional Council has been invited to set up its own embassy.

Foreign secretary, William Hague said that Britain now regards the National Transitional Council (NTC) as the only authority for Libya.

"We will deal with the NTC on the same basis as other governments around the world," Hague said.

Hague that the expulsion of Libyan embassy workers should be seen as a political statement of intent to Libya.

He confirmed that the military aspect of the campaign would continue. Stating its aim to defend civilians, he said that the UN is working to bring about a ceasefire.

There are eight staff at the Libyan People’s Bureau of the Great Socialist People’s Libyan Arab Jamahiriya embassy in Knightsbridge. All will be given a few days to leave the country.

The Foreign Office took the decision to expell the diplomats after a meeting of the National Security Council on Libya on Monday. 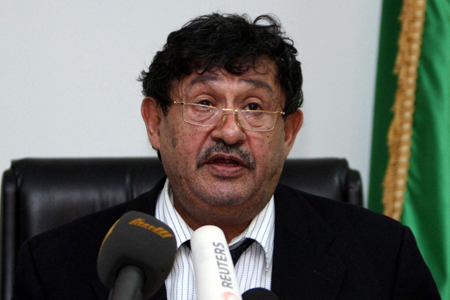 Gaddafi's staff have been expelled from the Libyan embassy in London

“We can confirm that Libyan Charge d’Affaires has been called to FCO & being informed that he & remaining Libyan diplomats are being expelled,” the Foreign Office announced.

Britain’s diplomatic offensive comes as British aircraft have stepped up the bombing against Muammar Gaddafi's security and intelligence apparatus before the arrival of Ramadan, on August 1.

On Monday, Hague said that Gaddafi could stay in Libya if he agreed to relinquish his hold on power.

However today the foreign secretary denied that there was a "back-channel" for Gaddafi to stay in Libya in return for ceding power.

"The pressure on Gaddafi is increasing all the time. We are not setting a timetable," he said.