A 28-year old man was killed yesterday shortly after Wiggins’ win, near the Olympic Velodrome by a the driver of a coach – an official London 2012 media bus. The driver has since been arrested under suspicion of dangerous driving.

Wiggins suggested at a press conference following his gold medal win “legalising helmets to make them the law to wear.” 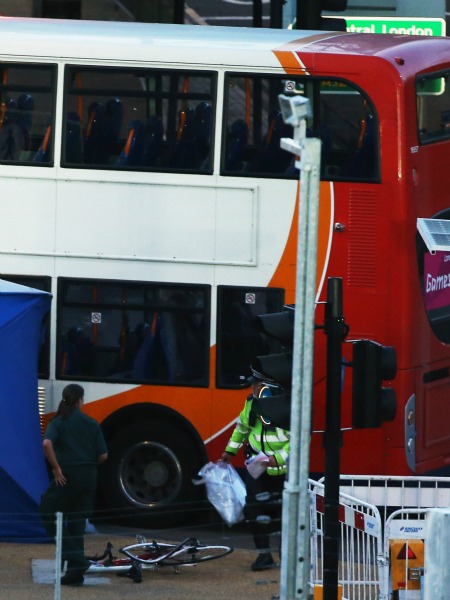 The scene of the accident, yesterday (Getty)

Wiggins spoke about his experiences of cycling on London’s streets, saying “Having lived in London for 10 to 15 years now, it has got a lot busier since I was riding a bike as a kid around here. I was knocked off several times.” 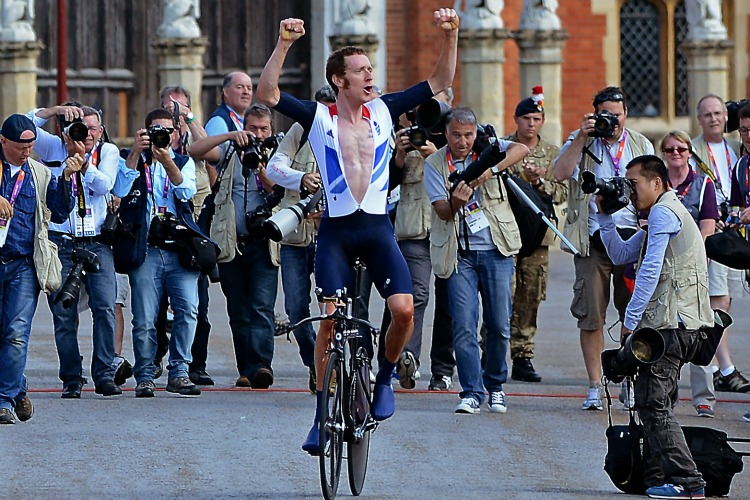 Cycle safe. Not like this. Wiggins celebrates his victory (Getty)

Sadly ironic as @bradwiggins wins Gold in London, a cyclist is killed by an Olympic bus in Hackney. Time to make roads safe for cyclists.

Wiggins suggests cycle helmets should be compulsory. The road safety community consensus is that this would deter people from cycling.

I reckon there will be a bike helmet/safety advert, featuring Bradley Wiggins, on our TVs before the end of the summer. Mark my words.

Bergerac to Girona in the coolest of campervans