Sun, luxury and tax-free cash: Work in the United Arab Emirates, the capital of bling

It’s not just the relentless sun that attracts expats to the UAE, or the lure of a tax-free salary (although that’s obviously a pretty big draw), and the mega-malls.

Equipped with luxury resorts, five-star beaches and huge skyscrapers, Dubai is the capital of bling, offering a fast-paced, fun-packed lifestyle to boot.

While oil-rich Abu Dhabi draws a similar, thriving expat community looking for the same vibrancy, but at a slightly slower speed.

Living in the UAE, you’ll find yourself in one of seven emirates – Abu Dhabi, Dubai, Sharjah, Ajman, Umm Al-Qaiwain, Ras Al-Khaimah or Fujairah.

Although, it will most likely be Abu Dhabi and Dubai, which have received the most cash to build the infrastructure to attract tourists and expats.

And you won’t be alone – about half the population of the UAE is made up of people who have relocated to make the area their home. As such, there’s a buzzing social scene. 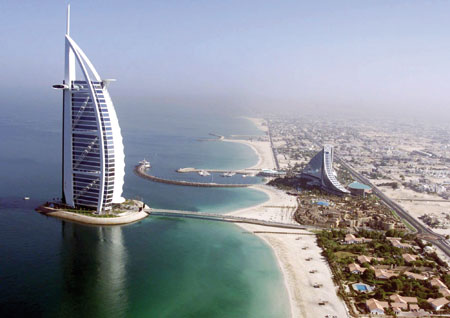 As you’d expect, the country can be expensive to settle in, with its high cost of living. However, decent salaries can be found, and will often include annual flights back to your home country.

There is no shortage of jobs on offer, but, like everywhere else in the world, the UAE has been hit by the recession, so it might be a little harder to gain employment than it was 15 years ago.

Professionals in demand include sales and marketing; healthcare graduates, especially social workers and nurses; jobs in IT, particularly web designers, consultants and programmers; and accountants.

But, for qualify of life, the search is worth it, according to Ben Furfie.

The Aussie took a job as an editor of a trade magazine in Dubai in 2010 after searching for employment in the UK for 10 months.

From earning £13,000 a year, the 27-year-old, who recently started work as MarCom manager with IT company Bios Middle East, now takes home more than £43,000 tax-free. “My lifestyle is night and day compared to in the UK,” he says. 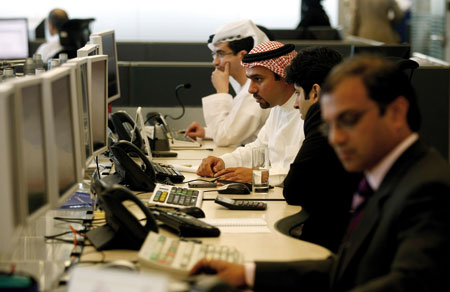 “I originally lived in Jumeirah Beach Residence – I had the beach on my doorstep, and a huge room. It’s much easier to make friends, as everyone is in the same boat. I can afford luxuries I could have only dreamed of.”

Furfie, who now lives in Jumeirah Lake Towers, just behind Dubai Marina, manages proposals and tenders. His package includes medical insurance, a flight home every year, and an accommodation allowance.

“I love it here. I can’t see myself moving back to the UK for years,” he says. Another benefit is that the responsibility of arranging working visas falls on the hiring company.

Aussies, Kiwis and Brits can get a 30-day visa upon arrival in the UAE, but to stay or work long-term, you’ll need a firm – or a spouse – to sponsor you.

Sally Foley-Lewis, who lived in Abu Dhabi for five years with her husband Martin, says: “It has a kind of X factor. Sure there are challenges (they’re everywhere), but overall, it was great.”

The couple moved there in 2005, and Foley-Lewis, from Australia, worked as a management trainer and workplace coach. For hopeful employees heading to UAE without a job, it’s all about who you meet, she says.

“I didn’t have any employment benefits per se, as my husband, not my employer, was my sponsor. But he had an accommodation contribution, health insurance and flights home each year.“I loved our life, we a good disposable income to have a social life and to travel.”

Although the UAE has many draws, there is a downside.

As an Islamic country, it has strict laws to abide by – notably surrounding alcohol, which you may need a licence to buy, and decency – don’t go around snogging in public (Google Charlotte Adams, who was jailed and deported after kissing Ayman Najafi on the mouth in a restaurant). 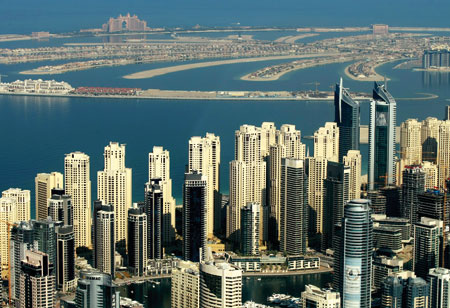 Finding somewhere to live could cost you a bomb, as many contracts request a year paid up-front

A licence is required to buy alcohol from registered vendors. Check with the emirate you’re living in

The UAE’s official language is Arabic, but English is widely spoken

The UAE boasts sub-tropical temperatures, soaring more than 50C in summer (April-Sept), so get used to living in air-con buildings