This morning’s turn of events has brought New Zealand to five medals, including three Olympic golds.

In Australia, the Herald Sun is asking:  “It’s one thing to get flogged by the Poms at these Olympics. How does getting lapped by New Zealand sound?” 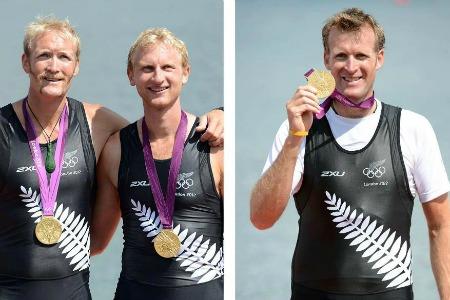 But as Kiwis across the globe head out to celebrate medal glory, it’s less certain if the winning teams themselves will be dancing on tables tonight.

Nathan Cohen and Joseph Sullivan, who won New Zealand’s first gold medal of the Olympic Games yesterday, admitted they were usually too knackered to party after a race.

“We’re pretty tired, to be honest,” Cohen told ONE News afterwards. “The one thing about winning is that you don’t get a chance to warm down.

“You race flat out [and] we normally do an hour warm down, so today we’ll probably seize up and curl up pretty quickly – we probably won’t up that late, really.”

Kiwis in London, therefore, may feel duty bound to go out and celebrate the gold medal wins.

A possible venue for Olympic celebrations is New Zealand House which is offering screenings of Games, BBQ food, MOA beer and live music. Find out about Kiwi House here.

Tell us Kiwis, will you be tearing it up for Team NZ tonight?