Grabarz tweeted the naked picture this morning, a delayed reaction to winning the London 2012 Olympic high jump on Tuesday.

The photo is taken on the balcony of Grabarz’s flat in the Olympic village and shows the high jumper grinning, wearing only his medal and a strategically-placed Union Jack flag.

“Me and my medal,” was the caption when Grabarz posted the picture on Twitter. 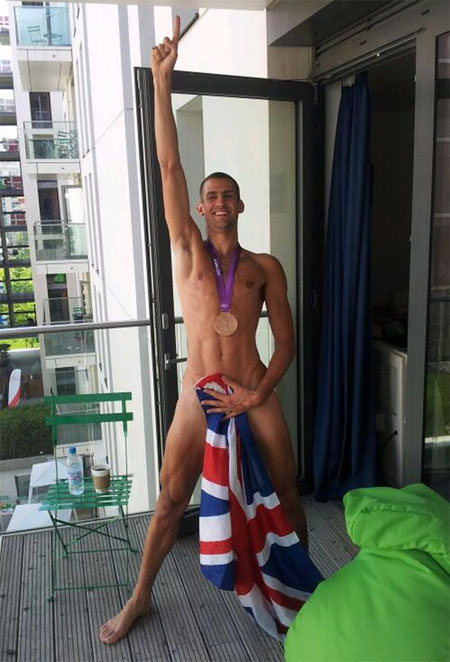 The high jumper didn’t seen as elated at the time of the win, suggesting he could have done better,

“I was really enjoying the competition. I looked and thought ‘I really want to be part of that, I’ve blown a chance to jump really high’”, he said at the time.

“That’s why I didn’t smile for a bit but it’s starting to hit me now. This smile is going to be on my face for a while yet.”

However as the fact he’d won an Olympic bronze for Britain sunk in, Grabarz cheered up, saying later: “It feels a little bit like fiction right now. To the general public, I’ve come from nowhere and they’ll be like ‘who is this kid with a medal round his neck?’ it’s fantastic, slightly surreal.”

At least he doesn’t appear to be as happy as this American rower, who also win bronze.

Other traveller reviews on Turkey

Insider’s guide to exploring Minca and the Sierra Nevada range