TNT rubbed shoulders with the rich, the famous and the random at the London Chortle Awards last night.

While comedians who scooped accolades such as Tim Minchin, The Boy With Tape On His Face and Stewart Lee were too busy to show up for the prestigious event, at least the judges made for good entertainment

Host Al Murray held the show together at Soho’s Floridita, as the crowd heckled and chatted its way through the gongs.

While they were busy at the free bar, TNT made a beeline for judges James May, Lembit Opik,  Richard Bacon, Paul Daniels, Richard E Grant, Greg Davis (the hilarious headteacher from the Inbetweeners) and Rachel Riley (the Countdown girl).

It was a random mix – and we had some random conversations. Although in no way are we suggesting that they were a result of the free bar. 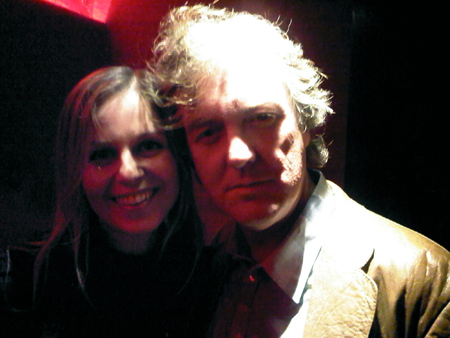 James May. Caught in the TNT headlights.

Top Gear presenter May looked like a rabbit caught in headlights as we approached him, asking him about Mexicans. He stuck his fingers in his ears, and made “lala” noises to pretend he couldn’t hear us.

OK. So we plug May to tell TNT readers something about him no one else knows.

“I own two pairs of underpants,” he reveals.

“I just change them every Equinox. One is blue with white stripes on and the other is red with green stripes on.

“Girls have hundreds of pairs of knickers though, don’t they? Why?”

We explain it depends on what type of mood we’re in.

“I know, from having made the error of trying to buy a woman sexy underwear, woman like big comfy pants, don’t they?” he says, adding the best colour knickers women can wear are “white or pale blue”.

We agree, as a “serious” journalist tries to turn the conversation back to Top Gear. James May doesn’t look impressed. We think he wanted to carry on talking about knickers. 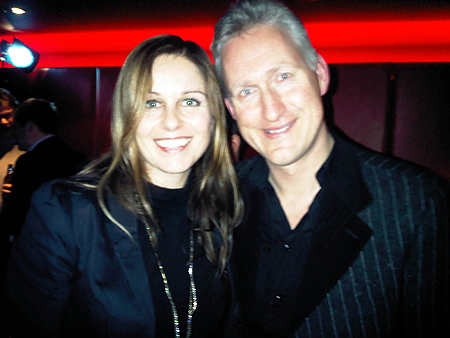 Lemit Opik likes to bake bread with his girlfriend. Bless.

TNT then spies politician-turned-stand-up Lembit Opik, who, of course, we have to speak to.

We make a joke, saying that he’s working harder now than he did as an MP. He tells us “that’s not very nice”, and that he has a good lawyer. Oops.

So does he miss parliament?

He explains that it “takes years” to get good at comedy. “It’s like learning a very complicated musical instrument, it takes years to learn how to play it.

“I was so devoted to coming to terms with the rejection that you get as a comedian, I lost my seat just as a warm-up for that.”

We groan and ask the 45-year-old about his new 21-year-old girlfriend.

“She’s fantastic. I wasn’t looking for a relationship and nor was she.

“The main problem we’ve got is that we both love cooking. My signature dish is roast chicken. I make all my own stuffing.

“And she baked her first loaf of bread only this afternoon. We’ll be playing the Hovis thing, you know.” 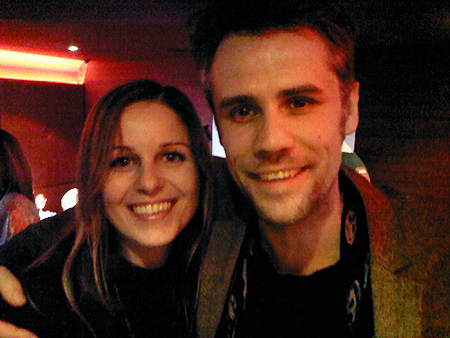 TNT with Richard Bacon. Not the MP!

Right then. We’re off to ask Richard Bacon what he thinks of Opik’s career.

“I think it’s brave of him. He tried stand-up, didn’t he, and it was always going to fail,” he says.

“He’s a very witty man, I don’t know what he’ll do next, but our lives are richer because he’s around. He’s good entertainment, isn’t he?” the radio show asks us, but we think we detect a hint of sarcasm.

“My dream was to become an MP when I was a teenager. But there’s already an MP called Richard Bacon, so you can’t have two in parliament,” he reveals.

“I sometimes get his mail. I write back, pretending to be an MP.

“It’s probably illegal isn’t it, to impersonate an MP? I could be imprisoned. I shouldn’t be telling you this.”

Bacon makes a swift exit and leaves us at the free bar with rest of the judges and journalists.

Surrounded by lots of random people and not many comedians, we remember the purpose of the night – those Chortle Awards. It’s a shame that most of the winners didn’t turn up, they missed a good night.