Spill Festival of Performance – Across London

The SPILL Festival is an international event celebrating experimental theatre, live art and performance. Started back in 2007 by artist and fest director Robert Pacitti, this year’s line-up includes stunning live productions, participatory shows, installations and the odd discussion and film, too.

Our pick of the bunch is Splat! (April 3 & 4), where artist The Famous Lauren Barri Holstein (above) unleashes her new show, in which she dances round the stage with a deer head on her bonce and roller skates strapped to her feet.

The first ever pop-up store dedicated to the greatest guitarist who ever lived, Jimi Hendrix (sorry Slash and Clapton) hits town this week in honour of the London-born mega-legend and the new album of previously unheard recordings People, Hell And Angels. There’s a Fender station, where fans can practice their licks, too.

M.Gira from rock band Swans curates this inaugural music fest where the emphasis is not so much on who’s been crashing the singles charts recently, but on full-throttle live performance irrespective of musical genre. Features Mercury Rev’s Cinematic Silent Sound Tettix Wave Ensemble, Ben Frost, Xiu Xiu and Grouper.

This new interactive exhibition celebrates 100 years of medical advancement, looking at what we once thought was the pinnacle of medical invention, knowledge and advancement. And the realisation that one day, today’s ‘cutting edge’ tech will be viewed with the same disdain. 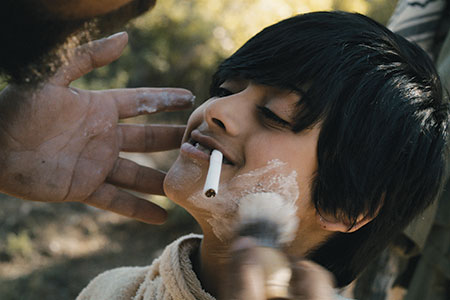 The opening night gala’s centrepiece is When I Saw You, a moving story from Annemarie Jacir about an 11-year-old boy’s escape from a Palestinian refugee camp.

As part of the Barbican’s Wonder: Art And Science On The Brain season, the erstwhile US comedian, writer and broadcaster talks about her life and work, from celebrity success to her struggles with mental illness, and subsequent emergence as a neuroscientist. Expect funny, emotional and educational, as Ruby waxes lyrical.

There will be new work that has been commissioned especially for the week, a Pull Your Own Print event, and an exclusive evening with print-based clothing label Heresy. Get some new additions for the wardrobe.

Summer in the UK: coolest weather for 20 years