London Diary: The best of what’s on in London, February 18-25

While you’re waiting for Baz Luhrmann to stop dicking around and tinkering with his sure-to-be-ace big screen adaptation, get down to unfeasibly cool east London theatre-cum-music-hall Wilton’s for a stonking stage version in which the roaring Twenties of F Scott Fitzgerald’s classic are brought to life.

Best of all, to keep that jazz vibe going, rooms at the front of Wilton’s will be transformed into various places inspired by the book before the show, during the interval and afterwards, so you can really get your flapper on!

The Brits love their chips – believe it or not, fish and chips outsell curry as the most popular takeaway two-to-one.

This is a week-long celebration of the versatile fried potato legends, with all manner of chippies across the country offering special deals in honour, including our fave, Poppies, in east London. Not a week to take on that diet!

This festival of boogie woogie and the blues at Boisdale of Canary Wharf is curated by squeaky-voiced musical maestro Jools Holland.

He’ll open the fest himself, there’ll be a piano-sparring contest, and a roster of top talent from the genres, including Jordan Marsh and three of Holland’s ex-Squeeze bandmates.

The world’s first pop-up mall, Boxpark, hosts this weekender in homage to tie-dyed multicolour madness with workshops and more of the retro designs than you thought your retinas could handle.

You can make yourself a new wardrobe, and find out how to get that DIY tie-dye look, too. 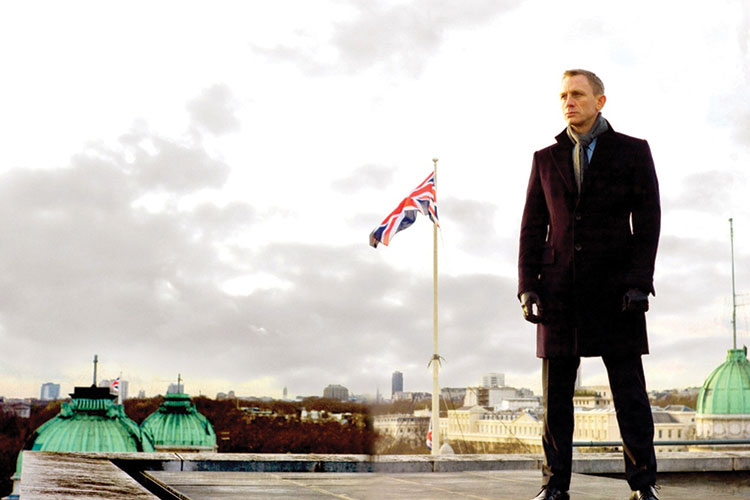 With Adele in contention at the following evening’s Oscars in LA, south London’s premier jazz venue is celebrating the fact with this Bond-themed night.

Legendary singer David McAlmont and blues vocalist Annabel Williams will be among those performing classic 007-related tunes such as Live And Let Die and Goldfinger.

Don a tuxedo, grab a martini (shaken, not stirred) and do your best Connery.

Set in the run up to last summer’s Games, it tells of a young lady from Leytonstone who’s about to compete at London 2012, the first Olympics in which women’s boxing was allowed into the ring.

The Intrepid My Adventure store is holding a free street food tasting event in which you can sample Italian cheese and wines, Turkish dips, spicy burritos and more to get you talking about their new adventure food tours.

There’s a burrito challenge, too, so see how your bingeing skills stack up.