Share house hunt: From finding the right housemates to avoiding scams, here’s how to find the right London home for you

Getting a decent room in a not too crappy place/area should be easy, right? Wrong.

Sharehouse hunting in London is a bitch, as I knew too well and encountered again after my house got the better of me (a power cut when I was grossly hungover was the final straw) and I had to bail.

It was always going to be a mission but, after choosing the place before on the people alone (they remain lovely but the house wasn’t for me), this time I vowed to do it right.

Know what you want

My first London house hunt was time wasting personified. I didn’t know where I wanted to live – everywhere had ups and downs – so ended up traipsing about looking at places I’d never bother with now.

This time, having looked at dumps and places out of my league before, I knew what I wanted and used landmarks and criteria to break the list down.

I wanted to be within 30 minutes of my fave pub, which happened to be convenient for mates and a short hop from work. I also didn’t want to live with hipsters, teens, or in a place without a living room.

What I did want was a home with decent kitchen storage space, and within a 10-minute walk of the Tube – I didn’t mind which direction.

I also conceded, as anyone with a budget must, that I would have to compromise somewhere along the line.

If you think about all of this stuff before you even start looking – same applies for those looking to fill a room – you’ll save everyone a lot of time. 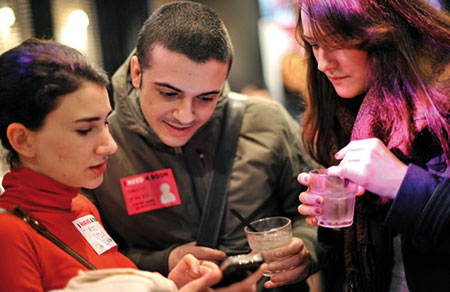 Use a trusted avenue

What we did before property websites was time-consuming chaos.

Sites such as easyroommate.co.uk (“number one on the web”) and spareroom.co.uk (“the UK’s number one”), which I found most useful, are brilliant if you fully utilise their features, such as instant email alerts when a room within your criteria is posted.

Their search functions are logical – commute distance from Tubes, travel zones, number of bedrooms, etc – and they give you a chance to show your personality and get an idea of who is advertising a room, provided they’ve taken the time to say.

You can use them for free, but the perks of paying a small fee – jumping the queue, basically – is worth it if you’re struggling.

Gumtree or Craigslist can be fine, and are free, but aren’t as closely monitored or easy to navigate as the others.

You may get lucky with an old-fashioned “room for let” sign on a notice board, but be very wary of scams. 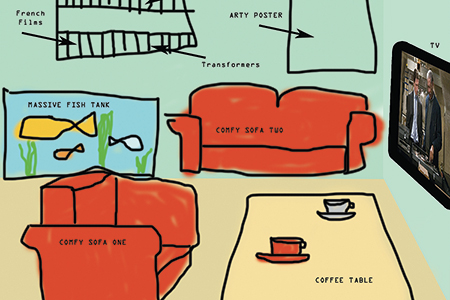 Be honest and specific

My original Spareroom ad had the bare minimum detail and got a response it deserved, a stack of calls from pushy agents for dumps with no living room and where those who I’d be sharing with had no say in the process.

Precisely what I didn’t want. Then I posted a photo and injected a bit of detail, such as likes and dislikes, where I’m from and that I’m not going anywhere else soon, and specified ‘no agents’ and a preference to meet those I may be living with on inspection.

The contacts flooded in. And this time, the vast majority were from people with something close to what I was looking for.

But the best example of someone getting what they wanted from their ad was Max Sendak and his mates, who were looking to fill a room in Limehouse.

It was cheap at £412pcm, so would be popular anyway, but their headline, “Billionaire vigilante seeks additional flatmate”, got extra attention.

The rest of the ad was just as amusing, especially their most excellent graphic and superhero references (see illustration above). It also had good info about the three guys who lived there – self-deprecating in a trendy kind of way.

These guys were not my cup of tea at all, but from the ad alone I knew that – perfect result for both parties.

As suspected, Sendak got a cracking response: “We found five people we’d have gone for in the end – so the decision-making process was tough.”

They also posted a normal ad, but the wacky one got 10 times the interest and from “people who were more our type”. 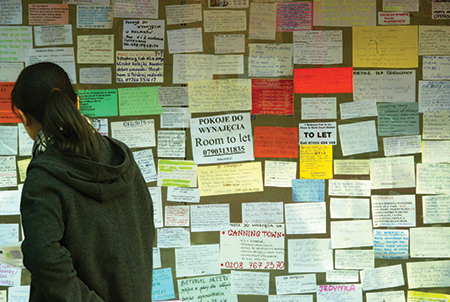 There’s no substitute for meeting those who you could share a roof with.

A great option to get face to face with a stack of possible flatties is Speed Flatmating, from the Spareroom crew, who run events every week for specific areas or a big one for Zones 1 to 3.

The name says it all, it’s speed dating for flatmates, and isn’t for everyone, especially those who aren’t great at meeting strangers or who are going to spend all their time at home locked in their room.

But this works as a first step for many, such as two girls who went searching for two rooms and left with a new best friend who they found a flat with as a trio a week later.

See the panel on the right for this week’s meet-ups.If you go for the more conventional route, you must take advantage of every chance to extract info – emails, phone chats and when you inspect the place – in the nicest possible way.

When there, casually ask if the sparkling inspection-ready kitchen is always like that or how the chores are split up – if it’s going to bother you later, find out if it exists now.

When I walked into the place I’m in now I had all the info, liked the look of it and could apply right then. I hope you have the same level of luck. 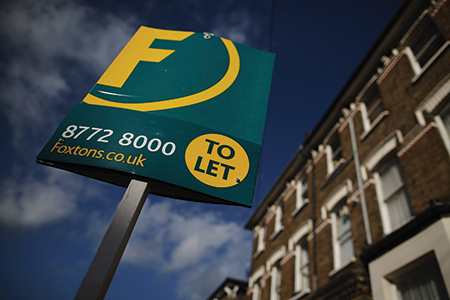 If moving to London from out of town, at least have someone see the place for you.

Think how easy it would be to post an ad with pictures and info, then consider a crook doing it.

Never pay a deposit until you’ve seen and confirmed tenancy and terms.

“Keep a record of everything, from agreements made such as dates of moving in, costs, what’s included in ‘rent’.”

Email yourself any info as soon as it’s exchanged, as if you get screwed, this could come in handy.

If someone asks you to or offers to pay money through a money transfer company such as Western Union, don’t. This is a common scam.

Also, criminals like to overpay with a cheque and ask you to refund the difference, but you never see their money. Don’t send money until you’ve got theirs.

Tickets are still available for these Speed Flatmating events.

Chow down at the Malaysia Kitchen Spring Market