As Madge continues to piss everyone off – from Deadmau5 and President Putin, to those grumpy, soggy souls watching her strut and preen across the stage at Hyde Park a couple of weeks ago – remind yourself of the Material Girl’s heyday, with this two-night cinema party celebrating Desperately Seeking Susan, and all its shiny-gloved, New York City-styled, Eighties-fashion glory.

There’ll be fancy dress, cabaret, live groups, dance-offs and one hell of a lot of audience participation in this Madonna movie party mash-up.

Originally on show in Brisbane in 2010, Priscilla Sutton’s prosthetics-turned-art exhibition arrives in London in time for the Paralympic Games.

Originally conceived when Sutton gave limbs to her friends to design so she could hang them on the wall as decoration, this new show features 43 artists from across the world. 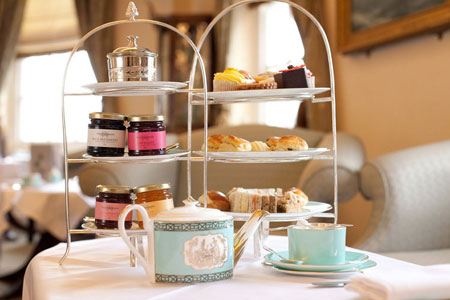 There’s only a couple of weeks left to enjoy the decidedly British tea party atop the glamorous Selfridges store. On the roof terrace, you can sup Earl Grey (or builders’, depending on your tastes), scoff sandwiches (with the crusts cut off) and, should you desire, indulge in a round of crazy golf. Fore!

Dispose of all that London stress with these free yoga, meditation and tai chi sessions in The City courtesy of Rituals.

You can sign up for an hour-long session – or shorter, if you can’t get away from the rat race that long. Feel all that pent-up aggression just ebb away and return revitalised. Highly recommended. 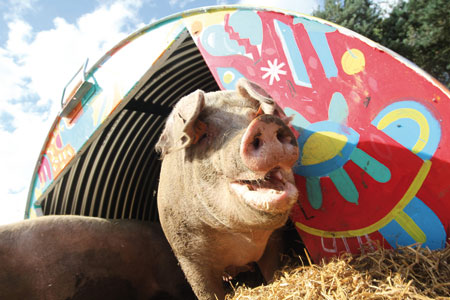 So what constitutes a pork extravaganza? Well, as the kind folk at Dingley Dell and this south London boozer are showcasing, it’s a six-course pork-tasting menu that includes, among its platters, a 14-hour hickory and cherry wood-smoked pulled-pork shoulder, cherry-smoked St Louis-style ribs with black-treacle glaze and a fantastic spit-roast pig.

Shakespeare’s Much Ado About Nothing gets a run out at 19th- century Lauderdale House as part of the national tour of the Bard’s comedy by the Shooting Stars Theatre Company.

The tea lawn provides the perfect setting for a picnic, and you can watch the sun set over Waterlow Park.

Nine internationally renowned artists set up a studio in Grosvenor Gardens to create live works of art inspired by Vienna artist Gustav Klimt, to mark what would have been his 150th birthday.

A giant screen will show their progress, and the creations will be on display from August 23 at Soho’s

London: The best events happening in the capital this week