The rocking Melbournite is having one hell of a 2013. Dallas Frasca and her band have been on the road taking their sophomore LP Sound Painter to the world, and they bring their series of UK shows to an end this week with a headline gig at the legendary 100 Club.

In the past few months, Frasca has played M4C In The Park in south London, rocked out in Corsica with Patti Smith and torn up the main stage at the Le Mans 24 Hour race in France – to no fewer than 250,000 souls. Not bad work.

Frasca and co. released Painter last year and have been busy introducing it to the world since, hitting the road with stops in Canada and the US. The arena show in France, where they’re signed to Verycords, last month kicked off the band’s six-week summer tour through Europe, which culminates this week – so if you haven’t been able to catch the trio yet, then now is your final chance.

Touted as “the next AC/DC”, the hard riffing trinity have toured with the likes of Aerosmith, 30 Seconds To Mars and Billy Joel already, and Frasca’s song All My Love came third out of 16,000 entries in the AAA catergory of last year’s International Songwriting Competition, judged by the likes of Basement Jaxx and Ozzy Osborne.

They have been tearing it up wherever they’ve played, whether it’s small intimate club shows or mega-stage arena gigs, and have got some pretty big fans already. Just ask Guns ‘n’ Roses six-string legend Slash, who was blown away by Frasca’s “great vocals, riffs and groove”. And let’s face it, he should know! 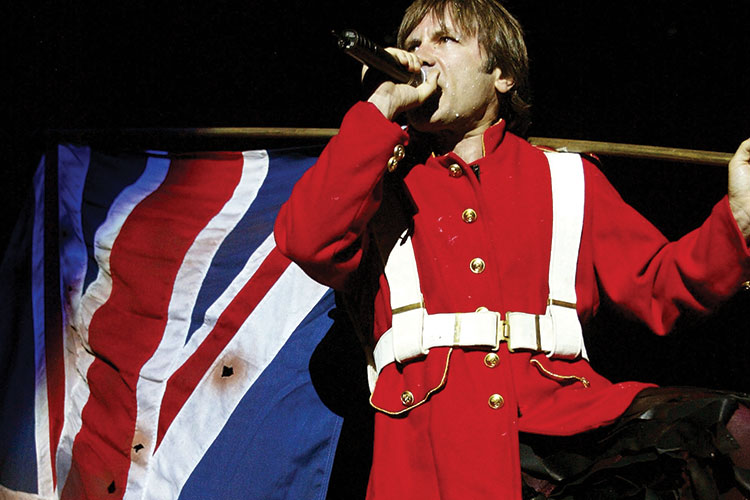 They will never be cool, but Bruce Dickinson and his band of shaggy-haired metallers, who have sold 85 million records and toured the world for 30 years, just don’t give a fuck. We reckon they’d still be playing their anthemic hard rock, such as Bring Your Daughter To The Slaughter, after the bombs had dropped.

The Philadelphia indie-punk poets are back in Blighty for a run of headline shows. The Epitaph label foursome are playing Camden and then two nights on the trot at south London rock and punk venue The Fighting Cocks in Kingston (Aug 4 & 5), treating raucous crowds to last year’s critically lauded third LP, On The Impossible Past.

Half-an-hour on a train out of London and you’ll find yourself at this impossibly cool music and culture fest. This year’s theme is ‘running away from the circus’ and there will be the likes of Digitalism and De La Soul, a swimming pool, a nightclub in a cow shed, an ultra-late night bar, and loads of just-about-to-break bands. 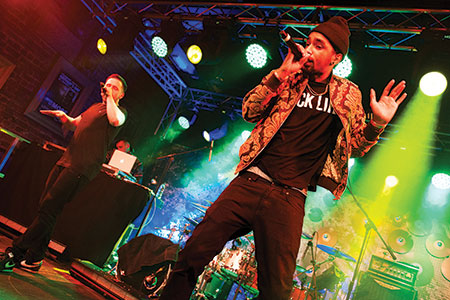 Club: Shorebitch – Back Where We Belong

Summer is finally here, so get out there and catch the tunes along with the rays at this third of four east London roof parties. Poppy Ackroyd (Hidden Orchestra), Polaroid 85 (live), DJ Cheeba, Tom Central & Cosmo Lopez, and Boba Fett will be taking to the decks. There’ll be a Jamaican BBQ, too. Sun-kissed and glorious.

Diynamic artists H.O.S.H, Stimming and Adriatique have all pushed house music in new directions – Stimming has been known to incorporate things like pizza cutters and children’s toys into his compositions, even – and take centre stage tonight, along with Max Chapman, Kolo & Dyze and Willers Bros. 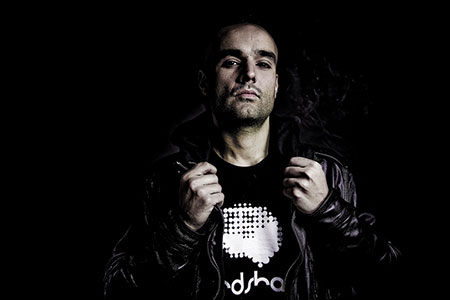 A short train ride from London takes you to this house and techno music fest in Hertfordshire. The line up, spread across six stages, speaks for itself, featuring a who’s who of legends, contemporary stars and up-and-coming talent: Maya Jane Coles, Seth Troxler,  Miguel Campbell, Maceo Plex, Kerri Chandler, Giles Smith, Richie Hawtin, Sasha, Eats Everything, Paco Osuna (above) and Damian Lazarus are just a snippet of the underground stars who will be rocking this weekend.

Three Tests ago Australia was on the ropes, now the Ashes are back by Boxing Day – so what’s changed?