There are events of all shapes and sizes: intimate one-day gigs in remote locations; three-day, inner-city pop-drenched spectacles; and festivals that feature the biggest names on the planet. With hundreds of events across London and up and down the country to choose from, we’ve put together your essential festival guide with the lowdown on the what, where and when you can’t afford to miss. So pack the sunblock, dig out the tent, it’s festival time!

WHEN 3–6 May
WHERE Islington Metal Works
THE VIBE Showcasing ska stalwarts such as Jerry Dammers (The Specials) and Dreadzone Soundsystem, this event is the perfect place to get your funk on.
LINE-UP Dawn Penn, Hotknives, The Pioneers, The Skints. DJs Mark Barrett, Andy Smith, Andy Attic.
TICKETS £122

WHEN 4–6 May
WHERE Camden
THE VIBE A dazzling array of events across this north-London indie-haven, with comedy, spoken word and more than 300 top bands.
LINE-UP Death in Vegas, Alabama 3, Sway, The Futureheads.
TICKETS £39+

I’ll Be Your Mirror

WHEN 3 June
WHERE Victoria Park
THE VIBE Folk, comedy, art cinema and magic combine to satisfy even the snobbiest festival-goer. This is a lively, fun, colourful day event, which boasts a must-see line-up of music, as well as comedy performances from the likes of Phill Jupitus.
LINE-UP Adam Ant, Noah And The Whale, Billy Bragg, Beth Jeans Houghton, Gaz Coombes.
TICKETS £35 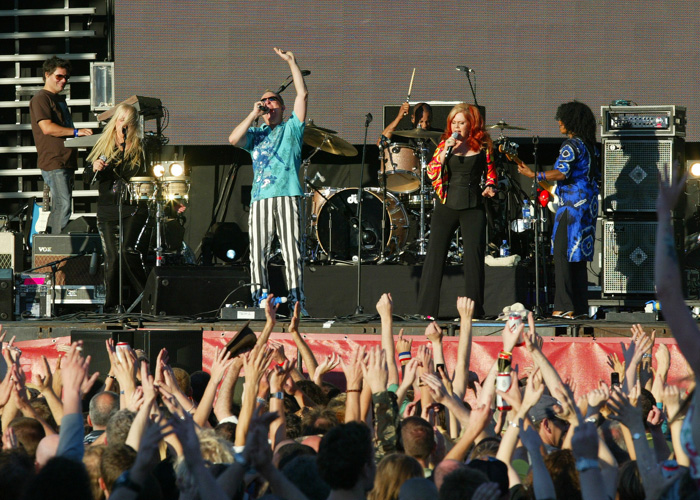 WHEN 6-8 July
WHERE Hyde Park
THE VIBE A pop fest in the centre of the city with an all-star A-list line up. It’s time to get your groove on.
LINE-UP Rihanna, Calvin Harris, Deadmau5, Labyrinth.
TICKETS £55+

WHEN 12 August
WHERE Hyde Park
THE VIBE Whether you’re celebrating gold medals or drowning your sorrows, this will ensure the greatest show on earth goes out with a bang.
LINE–UP Blur, New Order, The Specials.
TICKETS TBC

Things the Queen should do before she dies