These guys have turned their hands to everything – fashion designing, a bit of rapping and DJing – wherever the zeitgeist is headed, Dom and Adrian are already there, without even trying.

Even though they’re the toast of Bondi Beach, they’re still keeping it real and underground. Still, they’ve made the trip to London for the Olympics, which, for the record, is probably the most tryhard thing ever.

We caught up with Dom and Adrian ahead of the Olympics to chat about their incredi London adventure.

Are you excited about arriving in London?

Dom: Why would I be excited about visiting a place that I have already spent several weeks in?

Adrian: Dom spent a bit of time in London back in his male modelling days … He was totes all over the London scene back in the day.

Dom: Yarh, at the time I was signed to Vivien’s so they had me on the door list of literally every club in London, every night. But I never went to clubs because everyone at nightclubs are total tryhards and anything that you have to line up for isn’t worth going to.

My favourite venues were these secret underground clubs in the London Tube tunnels, where you could just get off your face on pingers and watch guys in fluorescent jackets fix trains. It was so underground. There was literally nobody there, just me, and these guys working on the trains. And I would get so fucked up – I dunno how I would categorise their performance style, but I suppose it was kind of percussive. 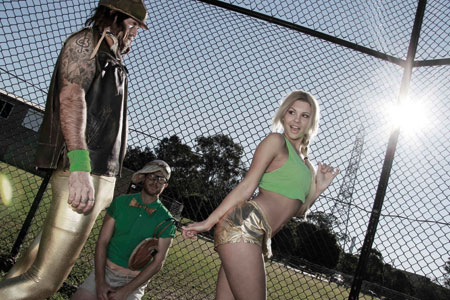 Your fans might not expect you to be that keen on sport – what persuaded you to head over for the Games?

Adrian: Think of all that good stock just going to waste. It’s the stock of champions. I mean, people would pay good money for that stock, and it all ends up on the inside of a rubber. They should collect it and distribute it to poor African women so that they can have unbelievably talented children to support them and their entire villages in the future.

Dom: That’s actually a great idea, brah. We should set up a collection bucket or something. 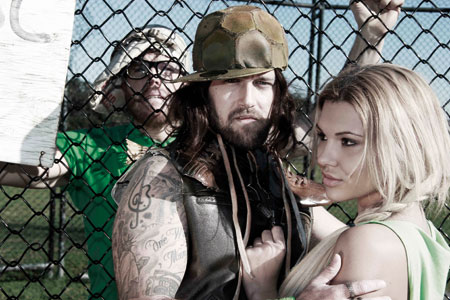 Are there any athletes whose style or look impresses you?

Adrian: From a physicality point of view, I’m impressed with all of them. I like the shapes their bodies can make. Most of them look like they are covered in ropes – it’s amazeballs. But you know what? If I was a tryhard, I could probably have the same body, too.

Dom: Sorry for having more important things to do than run around in circles and try to jump far.

Adrian: I think that the Chinese female swimming team are pretty impressive. I mean, they always have such big shoulders and such masculine builds. It almost looks unnatural. Almost.

Dom: I think Mark Spitz was the coolest sports guy ever. That merman used to get more tail in two laps of the Olympic swimming pool than Shane Warne used to get on a three-week bender in Bollywood.

It’s rumoured that, at the height of his Olympic swimming career, he was having sexual relations with as many as 60 fit birds a week – that doesn’t even include the ugly ones that surely he would have had every now and then, just to mix it up.

Adrian: Would he have had a dude every now and then? Swimmers often swing it both ways. 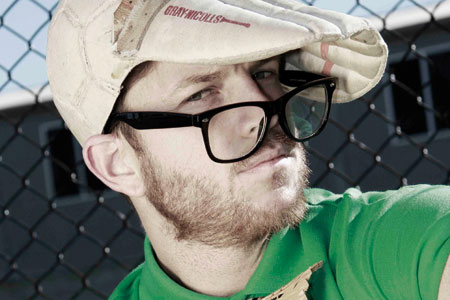 Where will you be hanging out?

Dom: We’ll be staying in Shoreditch, so gonna spend a lot of time there, and hit up Camden whenever we can. I hear it’s pretty cool there.

Adrian: We’ll be doing Shoreditch House for sure, bending it like Beckham. We’ve also got a couple of mates who play in a little synth act at a cafe down there every second afternoon, so we’ll probably go down there and do some spoken word poetry to go along with their set, mix things up and clear our minds of all the sports.

How do you expect from London in terms of hipness?

Dom: This question is a bit lame, and it sounds like it’s referring to ’hipsters’. We are not hipsters.

Adrian: Yarh, hipsters are so lame.

Dom: Hipsters don’t even know when they are hipsters.

Adrian: They all go around laughing at hipster parody videos on the internet and think that their friends are all hipsters, but they don’t even realise that they themselves are hipsters.

Dom: Please, I mean, WAKE UP! YOU’RE A HIPSTER!

Adrian: And London is pretty much the birthplace of the modern hipster, so I’m assuming that there will be lots around. 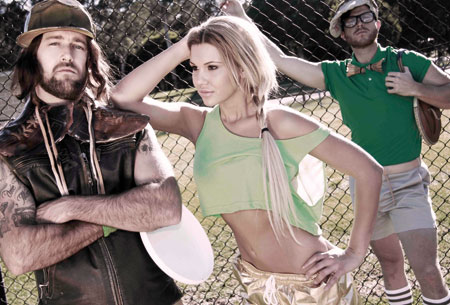 What about all your fellow Aussies living in London? Are they cool or not?

Adrian: They would all inherently be missing their vitamin D, and they are all in danger of being affected majorly by
the Heathrow Injection.

Dom: Yarh, the Heathrow Injection is a very dangerous problem for fit young Aussies. They get over there to London, start smashing starchy carbs and then put on like 10kgs in a matter of weeks.

Adrian: Yuck. That’s so disgusting. Why would you eat carbs? I honestly don’t know why you would live there.

Dom: Then again, I suppose there is the power of the 9/10 rule. in Sydney, the average population is about an 8 out of 10. Sydney people are hot. Sorry bout it, but it’s true. So for anyone that is below that 8 mark, they really struggle to find decent-looking sexual partners.

It’s the laws of the jungle, pretty elementary stuff really. But when they go to London, where the average population is about a 4/10, they automatically go up to a 9, hence increasing their opportunity to have sex with more attractive partners.

So I’m looking forward to seeing Adrian go through that transition, and be with him on his journey to becoming a 9. He’s owed it. Life hasn’t been too kind to Adrian.

Adrian: Yaarh, I can’t wait. Dom’s already a 10 anyway. Hey what do you mean life hasn’t been too kind to me?

Adrian: No, I really want to know what you meant?

Dom: Seriously brah, nothing. Forget about it.

Dom: Can we just not answer any more questions? I’m getting uncomfortable and this is starting to feel like we are talking to a journalist or something.

Keep track of Dom’s and Adrian’s amazeballs adventures at tntmagazine.com/bondihipsters