Love it or hate it? New Marmite ‘animal welfare’ ad met with hundreds of viewer complaints

The ad, which serves as a parody of an animal welfare appeal in the style of a mockumentary, showing people who have neglected their jars of the savoury yeast spread, has promoted 250 complaints so far to the Advertising Standards Authority.

The ad is part of a new £2 million campaign from the company whose catchphrase ‘Love It Or Hate It’ proved to be a big success. 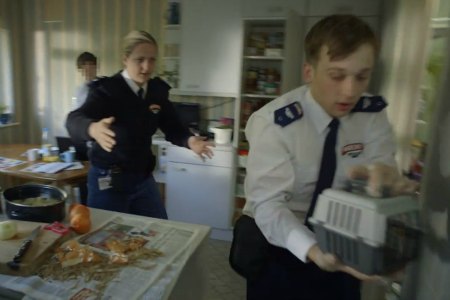 A spokesperson for Marmite said: “It is never our intention to cause offence. We have made every effort to ensure that this commercial entertains anyone who watches it.

“We believe we have created an unmistakably Marmite ad – people will either love it or hate it and they certainly won’t forget it. We hope that everyone will watch and enjoy this commercial in the lighthearted way it was intended.”

A spokesperson for the RSPCA said: “We understand that animal lovers are concerned on our behalf – people either love the advert or hate it. We plan to talk to the makers of Marmite about how we can work together on animal welfare.”

Animal rights group PETA was also unmoved enough by the ad and issued a pun-filled statement, saying: “As an organisation with great affection for Marmite and for all living beings, PETA welcomes the advert because while it is tongue in cheek about the neglect of the jarred yeasty spread, it is jarring enough to remind viewers of the hard job that animal law-enforcement officers have and may generate calls about real abuse of real animals, doing a world of good.”

Recently an Ikea ad featuring gratuitous gnome destruction was met with some upset.

See some of the Marmite complaints on Twitter below and a video of the advert which left a bad taste in some viewer’s mouths.

Main image: A jar of Marmite is given to a more caring family

Usually I love Marmite, but the latest TV campaign has left a bad taste in my mouth… #MarmiteNeglect

Who’s seen that appallingly bad taste #Marmite advert? There’s no context in which child abuse will be funny. Shape up @marmite

Is the #Marmite ad offensive or just jarring enough to remind viewers of the hard job that animal law-enforcement do? http://t.co/ElaL0YPvKG

Thailand: Volunteering in an orphanage