Mad about Munich: Short break to Germany’s most outdoorsy city

Once upon a time, Berlin was Germany’s official city of cool. But gradually Munich, with its killer beer garden scene, range of outdoorsy activities (inner city surfing, anyone?) and all-year beach started to take the edge. So when many of you pile over there to sample the beery joys of Oktoberfest next month, book a few extra days to enjoy the rest of the city’s offerings. 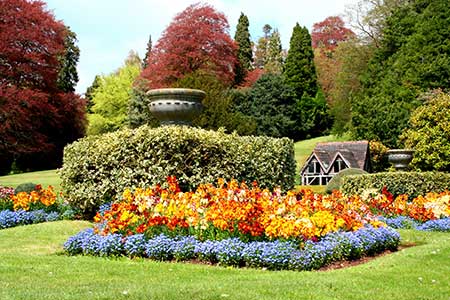 A land-locked city might not be the first place you’d expect to find a killer surf scene, but Munich has it’s very own metre-high standing wave which is a popular spot for surfers. You’ll often find queues of board-carrying thrill-seekers queuing under a bridge at the River Eisbach (in the Englischer Garten (above), just by the Haus der Kunst art museum).

‘Eisbach’ means ice stream, which should give you a clue about the chilly temperature of the water – yes, you’ll need that winter wetsuit. But the cold isn’t all you’ll have to worry about, as the wave is actually a tricky one to surf. A sign nearby warns, “Due to the forceful current, the wave is suitable for skilled and experienced surfers only.”

Ingenious surfers-cum-engineers have used ropes and planks to adapt the break and increase its height, and it’s now also used by kayakers and playboaters, too.

If you don’t want to wait around for your go, other standing waves can be found at Floßlände (near the Thalkirchen U-Bahn station) and the Isar river (near the bridge Wittelsbacherbrücke). 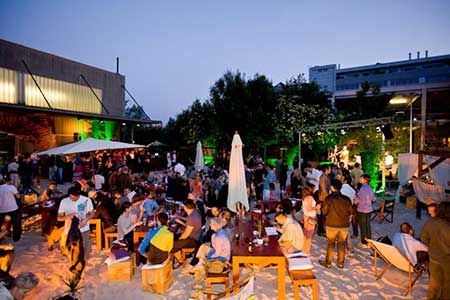 Sea-free Munich not only has it own surf scene, but beaches too. One of Munich’s best loved summer traditions is to hang out on one of the city’s man-made stretches of sand.

Beach 38 is an indoors beach in the Ostbahnhof neighbourhood, open year-round. Housed in an old industrial complex, it even has heaters inside to give you that ’I’m really in the tropics’ kind of feel. You can do any and all sand-based activities here from beach sports to lazing around with your friends, drinking.

More upmarket is the also artificial Roberto Beach, next to Aschheim Wasserskipark. This is a scenic spot for water sports and other activities such as beach golf and yoga. There’s also an excellent cocktail bar here. 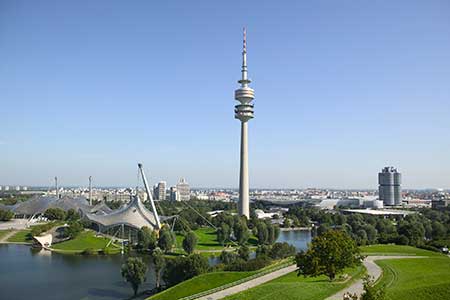 Take in the views

There’s nothing like taking in a sweeping city vista from on high, and there are plenty of options for doing just that in Munich. The lazy option is to take a lift up to the top of the 290m-high Olympic Tower at Munich’s Olympiapark. The thigh-burning option is to climb the 306 stairs to the viewing platform of St Peter’s Church and earn your rest at the top, looking over the characteristic rust-orange roofs of the city. 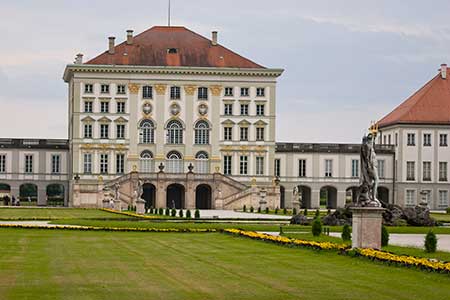 Germany and fast cars are inextricably linked in the minds of most petrol heads, so if you’re one of them head to BMW’s HQ (known as four-cylinder tower) and the museum next to it. There are exhibitions about the technical development of cars and vintage models on display.

As for those who prefer their sightseeing a little more historical, the 17th-century Baroque Nymphenburg Palace (above) is open to the public and boasts grand period furniture and paintings. 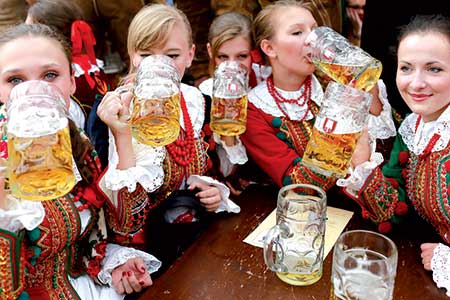 Maybe a few nights in the infamous bierhalles of Oktoberfest will leave you never wanting to see another drop of beer as long as you live. Or more likely, you’ve had your appetite for the amber nectar whetted. In that case, get outside and enjoy some more beer garden action.

Waldwirtschaft, which we promise is much easier to pronounce after a couple of tongue-loosening pints, has a lovely, leafy outdoors drinking area and regular live jazz concerts.

Alternatively, The Chinesischer Turm, which is also based in the Englischer Garten, always has a great atmosphere. Not only does it serve all the beer and Bavarian food you could ask for, but it’s scenic setting is next to a five-storey wooden pagoda (The Chinese Tower, which gives the bar its name). There are also live oompah music concerts here at the weekends.

More info about Munich at  muenchen.de

Oktoberfest runs from September 21 to October 6

Getting there Fly from London Stansted to Munich for £144 return with easyJet. 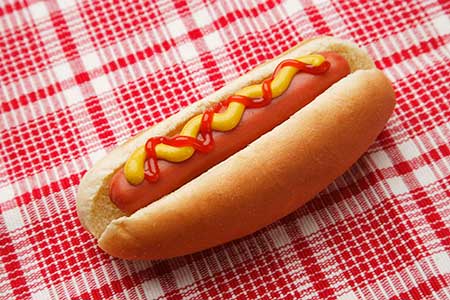 Budget: Just want a quick snack? Munich is famous for its weiners (no sniggering), so pick up a hotdog complete with lashings of mustard at the Schlemmermeyer Sausage and Ham Shop. From £4.(Viktualienmarkt 3, 80331 München; tel. 00 498 929 5575)

Midrange: Have a Bavarian feed up in the quirky Muschelsaal of the Zum Augustiner Restaurant and Bierhalle, where the walls are covered with mussel shells. Get stuck into all the schitzel and sauerkraut you can eat here. Mains from £8.

Budget: For a cheap beer in Munich a backpacker bar is your best bet.  Euro Bar shows sports on the big screen, hosts regular karaoke nights and their beers cost from £1.75.

Midrange: It’s all about the music at The Atomic Café, which has built itself a reputation for putting on the best up-and-coming bands and the odd hip-hop night. Beer from £3 a bottle.

Luxury: Low-key Havana Club is considered one of the best places for a drink in Munich, specialising, unsurprisingly, in all drinks rum-related. Cocktails from £7.50. 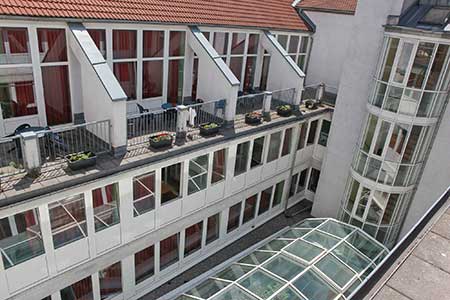 Budget: Cheap and cheerful Wombats Munich (above) is a favourite with backpackers for its buzzing atmosphere and central location. Take a breather in the glass-roofed courtyard after a day’s sightseeing. Dorm beds from £13.50pn.

Midrange: Rooms at the ultra-modern Hotel Cocoon come complete with funky hanging ball-chairs, free wi-fi and all the mod cons a gadgety traveller might want, including iPod docks. Rooms from £59pn.

Luxury: The very swanky Charles Hotel is right in the Old Botanical Gardens, meaning a break from the city bustle without being too far from the action. Rooms are spacious and glamorous, starting from £318pn.

Julia Gillard hit with volley of abuse during Question Time, despite poll boost

No pain no gain