War of the Wines: Forget the Ashes, there’s a new battle brewing in the vineyards of England and Australia

Its castle, a quaint wood-panelled shop; its weaponry, bottles of red, white and rosé lined up along the shelves, ready to be offloaded onto the palettes of visitors from far and wide.

Unlike in The Ashes, however, England are the underdogs in this battle. “Australian wines are thankfully a lot better and more successful on the world stage than our cricket team,” laughs Scott Burton of Australian Vintage Limited, which produces McGuigan wines among other brands. “Our wines are at the forefront of the global industry with a well-established track record of success, while English wines are only just starting to hit the radar,” he adds. 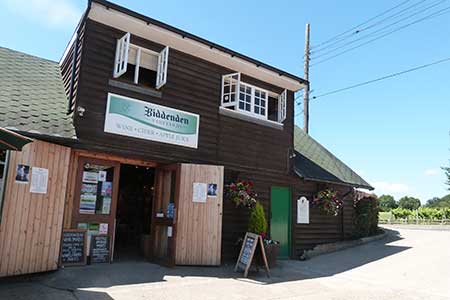 But it seems England has a secret weapon in the form of bubbles, the Aussie tells us. “England is now producing sparkling wines of real quality and consistency that are rapidly gaining a reputation for excellence in this field of winemaking,” Burton concedes. “It’s certainly an area that could develop into a rivalry between England and Australia in the not-too-distant future.”

As I weave my way through the rows of flowering vines on a guided tour at Biddenden Vineyards, I throw down this gauntlet to one of the soldiers on the frontline, manager and grandson to the founder, Tom Barnes (pictured below).

A classic English gent, however, he humbly tells me that England has the advantage when it comes to producing sparkling wines as they have the neighbouring experts in Champagne to learn from, and so know the best processes and techniques to use. However, he does admit that England has the disadvantage of a poorer climate. “We usually produce around 80,000 bottles each year, but last year we only produced 30,000 because of the bad weather,” he laments. 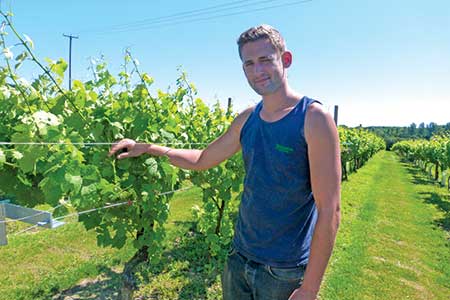 English wines are certainly still on a much smaller stage than Australia’s, but with current trends favouring ‘local produce’, this is something that Tom insists the country’s winemakers are happy to embrace. “We like to support our loyal, local customers who, in return, support us,” he says.

Although with demand already outstripping supply, it may not be this way for long. Biddenden’s bottles can be found on London wine lists – at the Wine Pantry in Borough Market and St Pancras, The Dorchester Hotel and Whitehall’s London Corinthia – and English wines in general are gaining momentum, particularly in Asia, reveals Tom. “It’ll be really interesting to see over my lifetime how it changes and how much bigger English wine gets,” he adds. 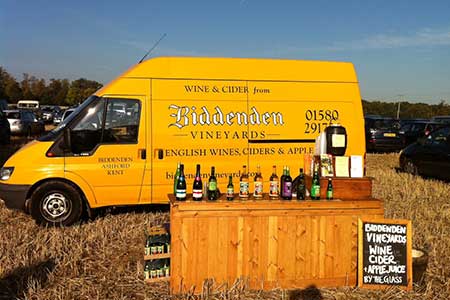 For now, though, the sense of community is what shines at Biddenden. Family owned (Barnes’ savvy gran left the cotton mill to start up the vineyard in 1969 and it has stayed in the family ever since), and with locals paid to help them harvest each year, a trip to their winery is a trip to rural England at its best, bottled and corked. 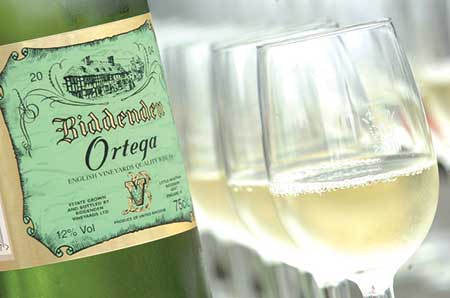 At the end of the day, we’re not rivals to anybody. We are unique and we are building up a product that is purely English.” I’m sold, and next time I fancy a glass of wine (which is always) I will head to Wine Pantry for a bottle of Biddenden’s flagship fresh and fruity Ortega. After all, it seems there are no sour grapes in this friendly rivalry.

Getting there Catch the train from London Charing Cross to Headcorn from £21 return with Southeastern. Then ride the number 12 bus towards Tenterden. arrivabus.co.uk

Bit of a one man band? Be a busker