A house was scheduled for demolition next door in the town of Fort Worth – but bungling workers tore down the wrong home.
“We rounded the corner and my wife, Valerie says, ‘The house is gone David. I’m looking at the yard, so I looked and I’m like, ‘Wow, OK,'” home owner David Underwood told the Dallas Observer.

The property, which had been in Underwood’s family for decades, was vacant during the process of renovating the property for his family to move into. 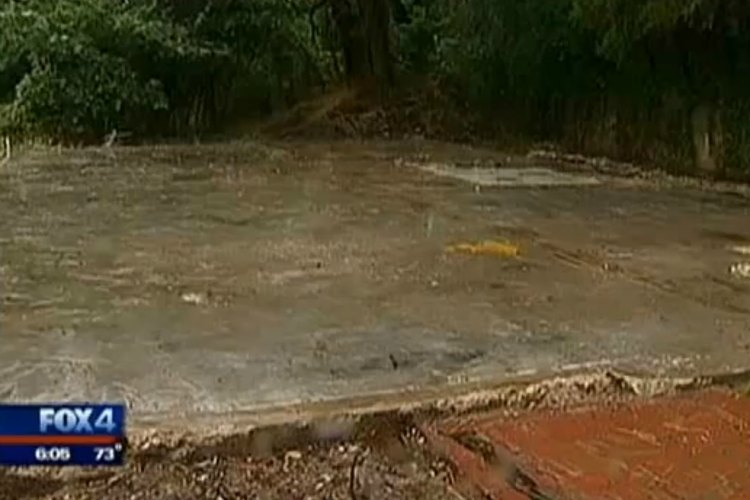 Nothing but crickets – the site of David Underwood’s family home

The unfortunate home owner came across as remarkably upbeat during media interviews, in which he explained was due to his job working at a community centre for poor families.

“Ninety-seven percent of the people we serve earn less than $17,000 per year. I see people every day who have it so bad. I still have a house. It’s not like I’m living in a cardboard box down by the river.”

“A mistake was made,” said local buildings official Brandon Bennett, attempting to explain the screw-up.

“We need to look at all of our upcoming demolitions, and double- and triple-check these things to make sure everybody has dotted the I’s and crossed the T’s.”

Swan brings traffic on the M4 to a standstill this morning

WWCND? Children at christian camp draw Jesus and he came out looking like Chuck Norris