Hundreds celebrated on the streets outside New Zealand’s parliament in Wellington and Auckland bars as crowds watched TV announcements.

“Yay, we did it!” said Labour MP Louisa Wall, who sponsored the bill, speaking to the media outside parliament shortly after the vote.

“I never would have thought that Parliament would have overwhelming supported it – so far two-thirds of Parliament have endorsed marriage equality.

“I think the cross party working group has been incredibly effective, but it also shows we are building on our human rights tradition as a country.” 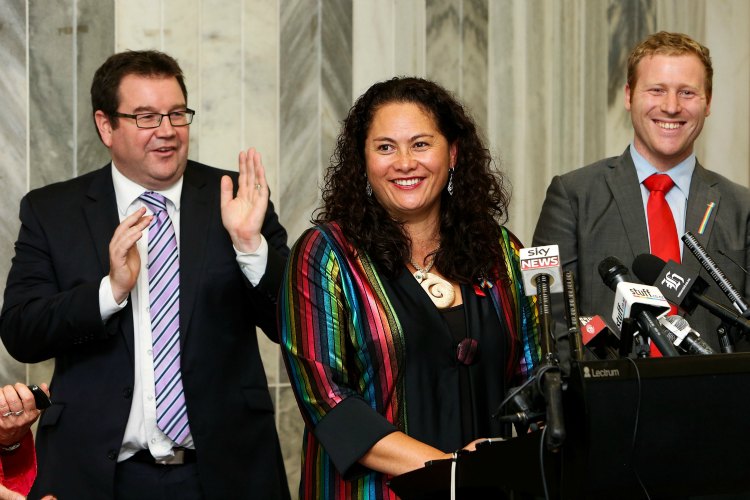 According to the Associated Press, singing started immediately after the amendment to the 1955 marriage act was announced, as observers in the public gallery and some members of parliament sang a waiata (the Māori word for song) ‘Pokarekare Ana’ –  a love song. 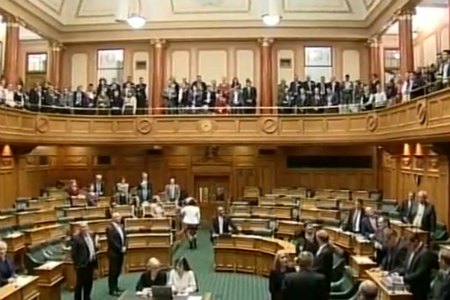 Parliament erupted into celebratory song – scroll down for the video

“For me it’s as if our communities have come on a journey from outside of New Zealand society and we are now right inside.” Kevin Hague of the Green Party told the New Zealand Herald.

“Hopefully it will push the Aussies into doing something.” he added. 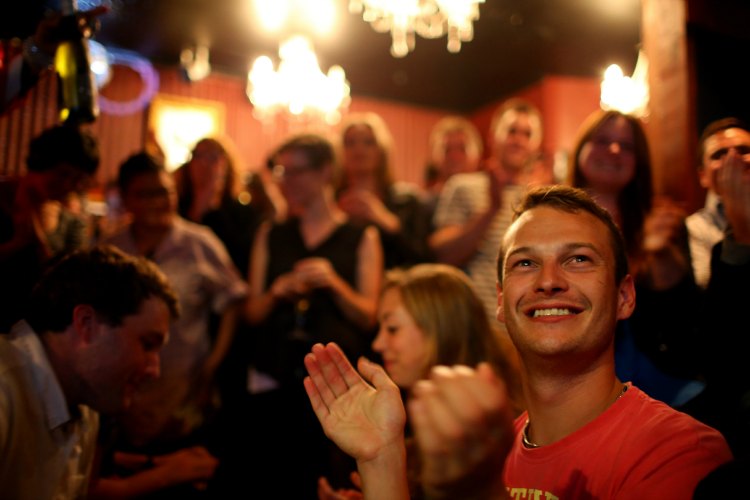 Celebrations at the Caluzzi Bar in Auckland

There were 77 votes in favour and 44 against.

However, not everyone joined in the jubilation.

Family First founder Bob McCoskrie, who has gathered around 75,000 signatures from New Zealanders for his petition against equal marriage, said: “Historically and culturally, marriage is about man and a woman, and it shouldn’t be touched. It doesn’t need to be.”

Images via Getty
Video: See the moment the bill passed and singing broke out in Parliament