McKenzie appeared to be priming himself for a tilt at the Wallabies job after the Reds announced he would move into a director of coaching role next season.

He will spend one year in that role grooming Western Force’s Richard Graham as the new Reds coach before making the transition to Queensland Rugby’s inaugural director of rugby position in 2014 and beyond.

ARU boss John O’Neill has declared McKenzie as an obvious successor to current Wallabies coach Robbie Deans, whose future beyond 2013 remains up in the air.

But McKenzie said on Tuesday his succession plan that was six months in the making was about improving Queensland rugby – not the Wallabies job. 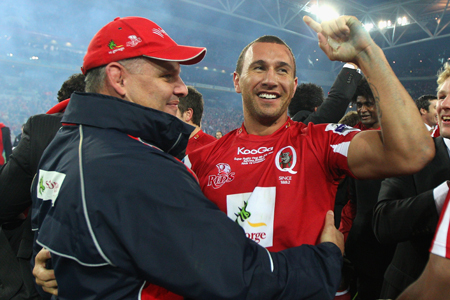 “People speculate about this all the time. I don’t have any thoughts external to Queensland rugby – it’s all I am thinking about,” he said.

“You can speculate all you want about the motivations.

“In the end we are trying to put in place the best model for Queensland rugby.

“I have had no discussions with the ARU about anything.”

McKenzie will work closely with Graham next year to ensure the 39-year-old’s smooth transition.

In 2014, McKenzie will turn his attention to more broader issues, including the redevelopment of Ballymore and driving growth and development in the community game. 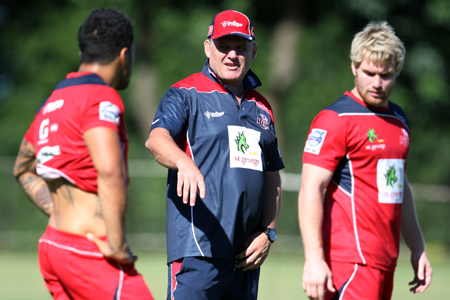 “It’s not often in rugby let alone sport where you get to plan for the future,” McKenzie said.

“We have been able to have a good look at the succession side of things – this is part of an ongoing process where we make sure we have the right people, with the right input at the right time.

“My time is finite. It always is in coaching. You have to prepare for other things.

“We have a chance to transition that.

“It is all very well having success but you have to build on that and turn it into some sort of legacy.

“There’s no point in having success then going backwards.”