Urban, who is currently working as a mentor on the Nine Network’s The Voice, went under the knife in November to remove a polyp on his vocal cords and he was subsequently placed on voice rest for several weeks and told to stay silent as part of his recovery.

The country star has since made his singing comeback and Kidman has now opened up about the medical drama, joking their house was a lot quieter.

“Three weeks of no sound – no laughing, no coughing, no sneezing, nothing. He could write things down, and he would scribble away,” she’s told W Magazine. 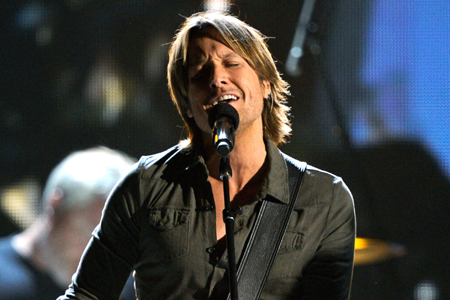 Kidman reveals the two still argued, adding, “You can still fight when someone can’t talk. When he disagreed with me, he would write, ‘This is unacceptable.'”

And she admits the silent treatment strengthened their marriage.

“All of those things make you closer. It was sort of profound to go without his voice, and then to finally hear his voice. What if he sounded different? I was there for his first words, and then we cried. How many people experience their husband’s first words? If that doesn’t bring you closer, you’re not breathing.”

Kidman, who is promoting HBO’s telemovie Hemingway & Gellhorn, about modern history’s greatest husband and wife war correspondents, has also spoken about Urban’s desire to protect her.

“My husband says I’m raw. He thinks the world is not a great place for me because he fears that I’ll be hurt. He says, That’s my job: I’ll protect you,” she’s told the magazine.

Eco-Tourism in The Maldives