Just like Vegas, in the gay world, everything gets bigger, brighter and more fabulous as the years go by. The Gay and Lesbian Mardi Gras started as a protest march in 1978 when a bunch of brave homosexuals marched the streets of Sydney in commemoration of the Stonewall Riots in New York City.

Fifty-four of those people were arrested, and then named and shamed in the newspapers (at a time when homosexuality was illegal, meaning many of them lost their jobs), after the police fought with protestors to break-up the event. Today, the Mardi Gras is not just about the politics. It’s as much a celebration of diversity, a chance for people of all ages, sexual persuasions and races to exert their pride in a glorious stream of colour, dance, floats, glitter, humour and music. This year is extra special because it marks the 35th anniversary of the parade.

But more to the point, where will you find your Mardi Gras summer homo-romance? Well, there are plenty of places, you simply have to know where to look. Just be careful – with Sydney’s metrosexual-looking blokes and Lisbeth Salander-loving Tomboy girls, you can be mistaken for meeting the queer of your dreams and then meeting their heterosexual other half.

During February there is so much going on. Not content with just a parade to mark the historic occasion, the Mardi Gras now lasts for over three weeks. It kicked off on Sunday, but with the best to come, you are still able to make the most of this wonderful festival – in one of the gayest cities in the world.

Read on to find out some of the best shows, gigs, exhibitions and events on during the Sydney festival. 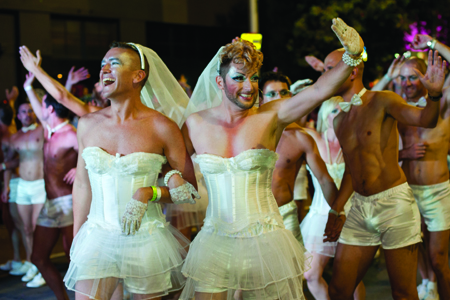 Glitter litters the street, feather boas hang off every limb and sequins sparkle in the nightlight, as the parade entices and excites thousands of onlookers. Originally established in 1978 as a protest march, the parade has become the main attraction for Mardi Gras activities and more importantly, a celebration of diversity. This year is even more special because it’s the 35th anniversary of the origins of the parade, From the Dykes on Bikes to the Lifesavers with Pride, the parade collects hundreds of queer groups from around Australia and shoves them into one fabulous three hour show stopping spectacular. You’ll want to get there early to grab yourself a good vantage point along Oxford Street but if you’re not so lucky, grab a milk crate to stand on or a tall friend’s shoulders. Whether you’re gay, straight or something in between, the parade is for everyone to come and celebrate the differences that bring us together. There are few parties like this around the world so you won’t want to miss out on what’s guaranteed to be a fabulous night.

Fair Day is like the older, more responsible brother of the Mardi Gras Parade. Held in Victoria Park, this event is much more relaxed and invites Sydneysiders to peruse various stalls. With comedy acts, drag routines, live music and some amazing competitions, Fair Day is a queer-friendly family day out for people (and their dogs) to relax, unwind and enjoy a day in the sun. Over 70,000 people are expected to gather for this year’s festivities and enjoy the various food stalls, displays, bars, previews, amusement rides and the pumping Gaydar area. There’s also a Kidszone with toys and activities to keep the kids more than happy throughout the day. The festivities don’t stop during the day though; starting at 6pm, head up the road to the Newtown hotel or the Bank Hotel for Fair Day’s official after parties. There’s even more live music and a chilled out vibe to top off a relaxing, stress-free day. 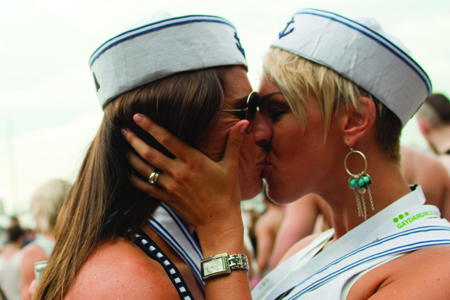 Celebrating 20 years of Queerscreen cinema, the Mardigras Film Festival features the best queer films from Australia and around the world. Playing in movie theatres around Sydney, such as Newtown’s Dendy cinema, Darlinghurst’s Oxford Hotel and Parramatta’s Riverside Theatre, these films showcase amazing up-and-coming Australian talent in queer film. A film to look out for is the documentary entitled Gayby Baby that explores what it’s like for the children of same-sex parents when growing up in a world where their parents can’t get married. This film about marriage equality explores the often missing perspective of this contentious debate – the children. Another film to look out for features Glee’s Chris Colfer and our very own Rebel Wilson, entitled Struck By Lightening. There’s so much to look forward to at this year’s film festival so grab a ticket or two (or even a season pass) and enjoy what this festival has to offer!

Mardi Gras is celebrating 35 glorious years of history this year so what better way to celebrate it than a unique pop-up museum on the street where it all began? This free event (donations welcome) highlights the long history of queer rights in Sydney and showcases the heroes, heroines and homosexuals who paved the way for the rights of queer people in Australia. From the very beginning, when local residents marched down Oxford Street to demand the legalisation of homosexuality, to the acceptance of diversity in the present day, this pop-up museum is a temporary event but will hopefully become permanent at a later date. Special memories line the walls, as memorabilia highlights what makes the gay community special. You won’t want to miss this exclusive look into Sydney’s queer history! 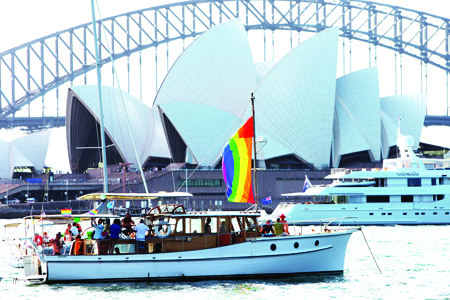 The 2013 Sydney Harbour party is the hottest (and we don’t just mean temperature-wise) event on the Mardi Gras calendar. Attracting thousands of partygoers from around the world, the Harbour Party is set up at the Botanic Gardens, with the Sydney Harbour Bridge and the Opera House as fabulous backdrops for the day’s festivities. This year’s special guests include Ricki-Lee, David Morales, Moto Blanco, Alex Taylor and GI Jode. Picture minimal clothing, beautiful tans, sunnies and that just-got-out-of-bed-but-secretly-it-took-two-hours-to-look-this-way look. When the sun goes down, the real party starts heating up so make sure you check out the view (and the landscape too).

There’s nothing classier than a fancy night on one of the fanciest harbours in the world. The Sunset cruise is the perfect Mardi Gras celebration for any trendy individual. Whether you’re going alone to find a special someone or bringing a group of friends to have a chilled out night on the water, you’ll definitely have a night to remember. Take in the amazing views of the harbour, like the Sydney Harbour Bridge and the Opera House and while you’re there, enjoy a complimentary glass of sparkling wine and canapés on arrival, with a full bar and food available all night. 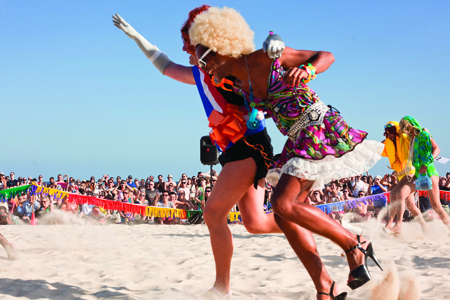 This party originally started out as a private recovery party for the parade festivities from the night before, but has since become an official Mardi Gras event. Hosted in the Hill Street laneway between the Beresford and Flinders Hotels, this quaint little party features all the major players of the gay DJ scene, such as Dan Murphy, GI Jode, Matt Effect and Sveta. This afternoon party is just the hangover cure you’ll need and who knows, you might run into someone you saw the night before!

When you think of drag races, you probably think of the Fast and Furious cars, but this type of drag race is probably more like a ‘Fast and Fabulous’ one. This hilarious event features drag queens and kings from around Sydney who’ll wear their best dresses and heels to impress and then compete in numerous competitions along the beach. The roster of Olympic-style events includes: Competitive Feminine Posing; Beached Volleyball; Three Heeled/Tripod Racing; Handbag Discus and the Dainty Dune Dash. Picture dolled-up drag queens running full speed through the sand in heels. And if you’re adventurous enough, you can compete in the event too! Gender bending costume compulsory. 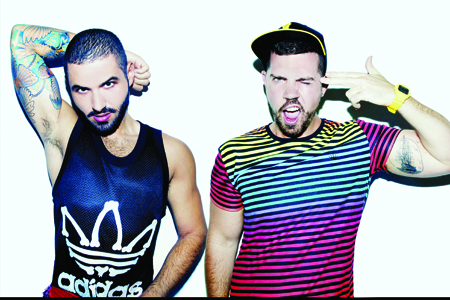 An Evening with Megan Mullally

The ultimate fag hag from Will & Grace, Karen Walker (Megan Mullally) is heading down under with a hilarious musical comedy performance. Starring in numerous Broadway roles such as Grease, Mullally will be performing with comedian and pianist Seth Rudetsky. The two irrepressible friends will shoot the breeze, dish the dirt, and raise the roof with performances of a host of classic Broadway songs. As Karen would say, “I’m fabulous. I’m an incredible dresser, I’ve got buckets of money, I’m a hoot and a half and I got a killer rack.” So go check her out and you won’t be disappointed.

Confessions of a drag queen

“Caution: May contain traces of nuts!” Based on the real life story of Ricky Beirao, this hilarious one man (er, I mean, woman) show tells the story of a young Brazilian boy who discovers his sexuality, but doesn’t quite know what to do. He decides to move to New Zealand, where he is introduced to the gay scene and becomes fully emerged into the world of drag. The show deals with issues of transphobia, religion, language, sexuality, self-esteem and lots and lots of sequins. You’ll laugh during the highs and cry during the lows, but this 80 minute show will thoroughly entertain any audience. It’s only on for one night so it is expected to sell out fast – get in quick!