Model Poonam Pandey has announced she will strip naked if India wins the Cricket World Cup, saying it is her way of supporting the team.

Pandey has promised to strip and run naked around the stadium if India come out champions and, after the team beat Pakistan in the semi-finals, it looks as though the 20-year-old model may have to fulfil her promise.

Showdown for Pandey (and the Indian cricket team) will come on April 2 when India take on Sri Lanka in the Cricket World Cup finals. The model has promised to be present and ready to get her kit off at the Wankhede stadium.

Model Pandey, who features bikini-clad in a popular Indian calendar, has seen a massive spike in her popularity since her pledge, with many of India’s newspapers running stories and new fans galore joining her Facebook page. 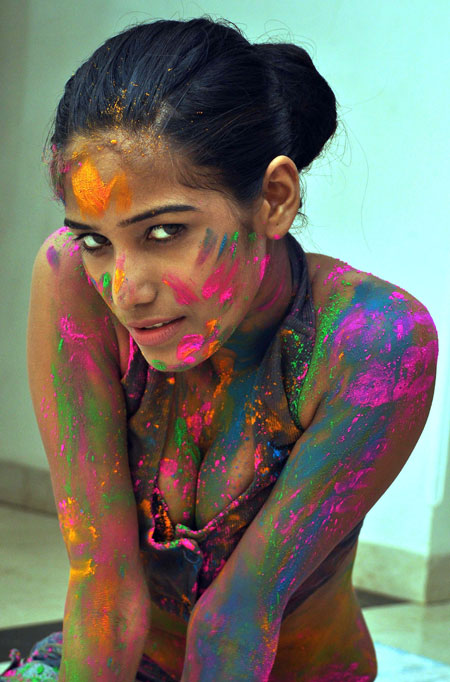 However, Pandey has stressed that her motives are purely altruistic, saying it is “absolutely not” a publicity stunt.

“I’m confident of my body and I’m doing this to excite our boys to play better.

“I’m a cricket fanatic and I’m a diehard supporter of my nation. India needs a lot of support and this is my way of supporting the team,” she said.

Poonam Pandey’s strip pledge follows in the footsteps of lingerie models Larissa Riquelme of Paraguay and Luciana Salazar of Argentina who had vowed to get naked if their football teams won the Fifa World Cup. 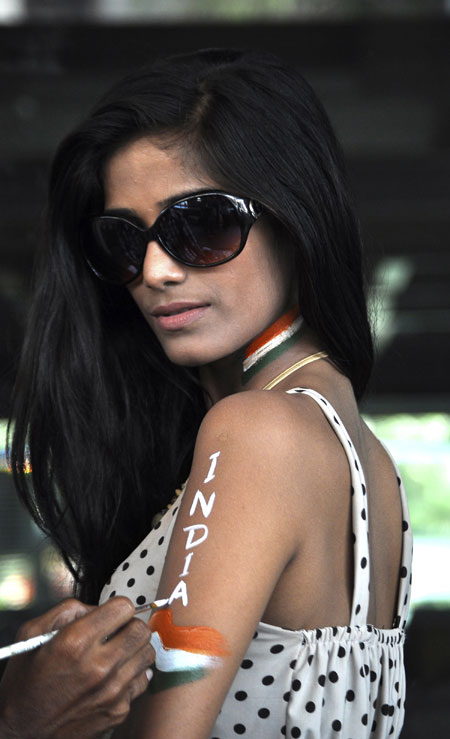 Poonam Pandey: Doing it for India.

Pandey’s Facebook fans have has plenty to say on the matter.

However Sauravv Choudhury is less impressed. “And just one more thing gal, if u really strip…. ur stator of a human being will be nothing less than that of a prostitute.. so gonna get blocked for this post,” he wrote.

Not to be deterred, Pandey tweeted today: “I am a New Generaion Girl!!! Any thing for my Country to get Home the World Cup So INDIA Cheer with me That we need 1983 BACK”

London gig: Eighties electro-rock stars Depeche Mode take over The O2 on May 28