❚ EuroMillions winners Dave and Angela Dawes, of Cambridgeshire, had 101 million reasons to splurge on their 2011 wedding, but instead had a simple do in Gretna Green with five guests.

❚ Les Scadding and his wife Samantha Peachey-Scadding,  from South Wales, could only stomach a Vauxhall Corsa and trip to Menorca after their £46m windfall.

❚ Bob Westland, a sub-postmaster from Scotland, had a £3.7m windfall but, at 57, insisted he was set in his ways and would only purchase a local hotel to run as a family business.

❚ Californian grape inspector Jim Kitauchi may be £19m richer, but it doesn’t mean he’ll take a holiday. His wife, Leslie, a nurse, doesn’t like to leave the US, you see.

DEALS BY LOCATION
Sign up for emails from new website topdealslondon.com
and have discounts, searchable by area, sent to your inbox. The deals – on anything from haircuts to dining out – are sourced from sites such as Groupon, Living Social and KGB Deals, but you’re spared having to wade through them to find nearby offers.

TAKE A CHEAP UK BREAK
If you’re itching to get out of town, £15 fares for anywhere within the London Midland rail network will tempt you. The Great Escape applies to travel after 9.30am weekdays or anytime at weekends, between February 4 and 19. Print a voucher from londonmidland.com

DEBENHAMS SAVINGS
Bag a 20 per cent discount when shopping online at Debenhams by entering the code TH96 at the checkout – you can put
an extra item in the basket with that saving.
See debenhams.com 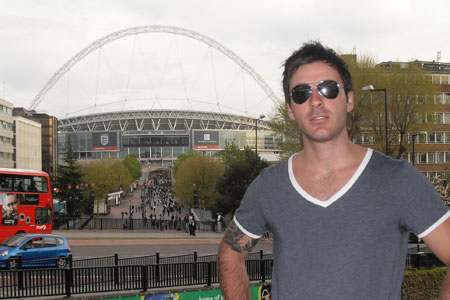 How do you budget?
I get travel, food and bills out of the way each month, then put the rest towards Europe trips, festivals, soccer and gigs.

Any money-saving tips for living in London?
When you try to lay low for a while, it’s impossible because there is always something on. But buying a monthly travel card and a big load of groceries, rather than completing a load of small shops, can help.

Last big blow-outs?
Easter in Scandinavia, a seafood platter in Venice, and a £100 cab ride from Ascot to Hammersmith spring to mind.

What non-essential items do you spend money on?
Live music. But seeing some of the biggest bands perform in the UK has been worth every penny.