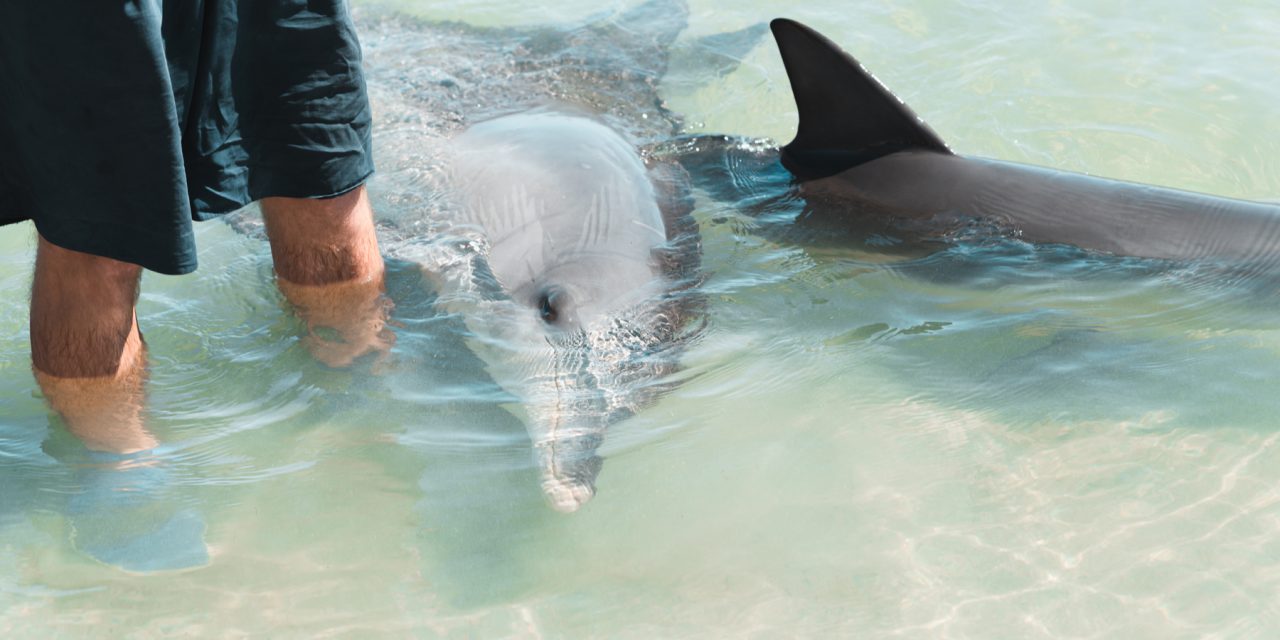 Nicky is a 35-year-old dolphin, a mother of three surviving calves and her fin looks like three jagged peaks on a mountain. I am a scummy backpacker. Our friendship surpassed oceans of differences, although we probably won’t end up Facebooking when I go home.

It was my first day volunteering at Monkey Mia, a world-famous hang-out for the Indo-Pacific bottlenose dolphin, tiger sharks and strange sea-mermaids called dugongs (although they look more like a sea-cow than a mermaid) and I was getting acquainted with the natives. 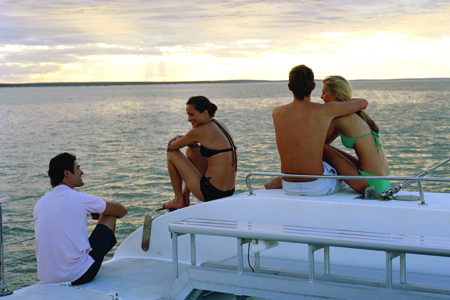 Thanks to my trusty Australian guidebook and a conveniently located payphone in Coral Bay, I had been able to secure a much-coveted position in Monkey Mia’s Dolphin Research Facility, smack in the middle of World Heritage-listed Shark Bay.

Needless to say, I was pretty excited to be working with dolphins in one of Australia’s best kept secrets – 320 days of sunshine a year, free dolphin watching and interaction every day, awesome beaches and hardly anybody to share it all with.

Monkey Mia’s location halfway between Perth and Broome, at the tip of an isolated peninsula, means it can feel like you are travelling to the ends of the Earth to get there, but hey, nobody said that finding paradise was easy.

From the minute I arrived, I was thrown right into the shallow end of Dolphin Beach’s crystal blue shores. Dolphins have visited Monkey Mia for over four decades, missing only four days in the last five years, so on a typical day it’s possible to watch schools of female dolphins with their calves, squadrons of saggy-jawed pelicans drinking from the sprinklers, and the odd turtle just bobbing about – all from the comfort of the shell-decorated strand.

But bleary-eyed backpackers beware: The early morning feed, anytime from 7.30am onwards, is always the biggest crowd puller for dolphins as well as humans. Depending on how hungry they are, the dolphin’s three allocated feeds could be over by 9am. 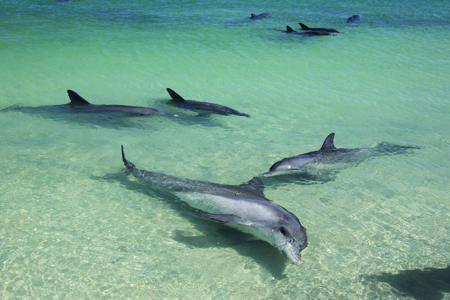 Up close and personal

But Monkey Mia and its world-famous dolphins are worth the effort; volunteering there ranks as one of my top activities in Australia. Have you ever felt the rough skin of a dolphin skim past your legs? Or seen a five-hour-old calf cuddle next to its mother, its fin still soft and curved from birth? I have!

While mums and dads with excited toddlers and nervous tweens ankle-splashed eagerly at the water’s edge, I was in the thick of things – seaweed, pebbles, fish and dolphins galore.

Puck, a 34-year-old grandmother, recognisable by her ‘wave in the wind’ shaped fin, gave birth to Samu on my fifth day of volunteering. It was truly inspiring to witness Puck’s trust in humans as she happily paraded her brand new baby to the tourists.

Her children and grandchildren swam nearby, offering their protection or congratulations, maybe both. Their actions were so human and so relatable that I immediately wanted to befriend these intelligent creatures.

After a week of interaction I imagined that we had formed a bond – not so much by my daily preparation of yellow-tailed fish for their meals – but because of an intense childish wish to make friends with ‘Flipper’. 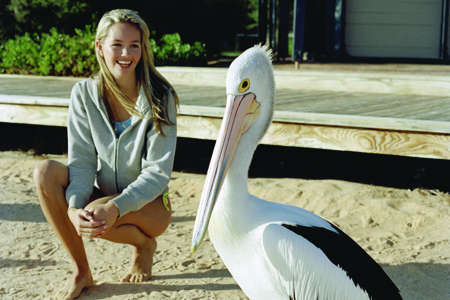 For those who are not dolphin lovers or who have a phobia of water creeping above their ankles, Monkey Mia and Shark Bay offer countless other distractions. 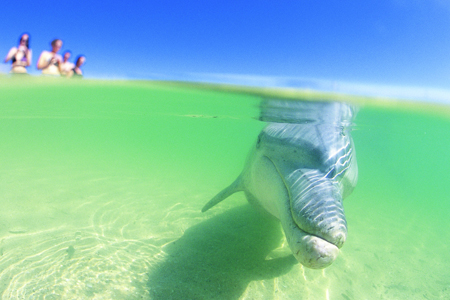 Considering Denham is Australia’s most westerly town, food is also super pricey. I’m not sure they’ve even heard of Woollies or Coles. Mia advice: stock up on tins in Perth or Broome and, while in Monkey Mia, embrace the pearls of the West.