Specialty coffee bar Mother’s Milk, has a new home in Oxford Circus (right down the road from their last one!) inside the bar and public gallery space at creative communications agency Exposure, on Little Portland Street.

Open to the public now, the coffee bar – which is number one on the London’s Best Coffee app – was founded by Will Hilliard and James Wise. The coffee is supplied by one of Munich’s foremost roasters, JB Kaffee, who source the best beans from around the world and supply a selection to Mother’s Milk.

The move was initiated by Raoul Shah, one of Exposure’s CEOs, who befriended the Hilliard and Wise when he came across the coffee shop’s self-confessed, tongue in cheek, “confused but not totally unpleasant, sanitised environment.”

Exposure has been making brands culturally relevant through the power of its network since 1993 and what better way to cultivate its own in-house culture than by inviting a fresh, relevant entrepreneurial project into the building. Especially one that literally wakes up the workforce.

For Will and James, the move to Exposure was a logical one  – a simple case of supply and demand: a captive audience and ready-made marketplace within the agency.

The guys from Mother’s Milk, in their own words serve, “alright espresso in an already saturated market.” The jokey tag says more about the guys than their coffee – their wry humour and self-deprecation is matched only by the exceptional standard of their coffee.

Mother’s Milk is open to the public in the Exposure Bar (22-23 Little Portland Street W1W 8BU) from 8.30am to 5pm, Monday to Friday with coffee priced between £2-3. 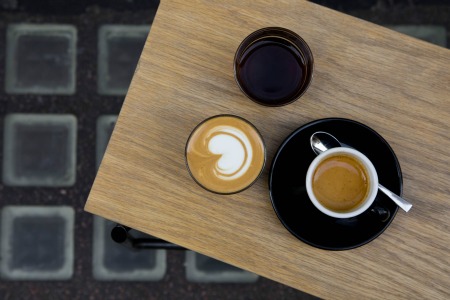 Video: Barack Obama jokes feud with Trump goes back to when they ‘were growing up together in Kenya’