In an embarrassing rejection of the proposal, a debate in the House of Commons led to the first vote on the cull. Although it showed the vast majority of MPs are against the idea, the coalition government could still push the proposal through.

“The government should now come clean with the public and farmers and declare that the cull will not now go ahead. It is not fair for farmers to be strung along, and the public have shown that they will not accept a badger cull.” said shadow environment secretary Mary Creagh.

More than 150,000 people in the UK signed a petition to stop the badger slaughter, and several scientists had suggested the cull could even increase the spread of the disease due to infected badgers escaping from the ‘killing zone’ into new areas. 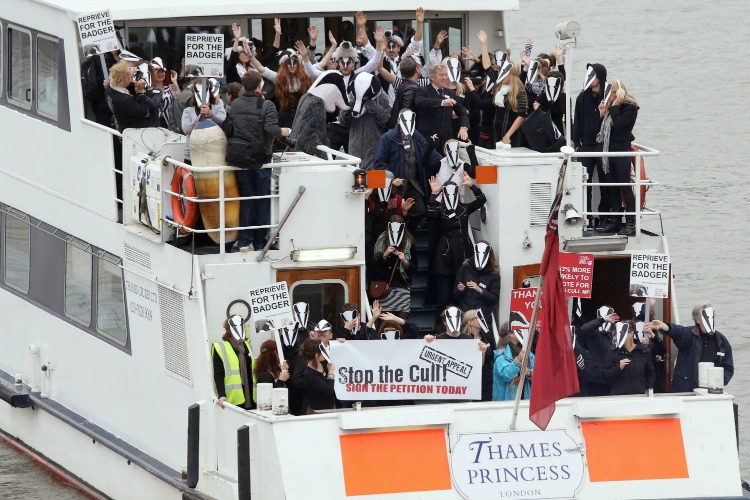 Speaking in defence of the cull during the debate, Liberal Democrat MP and Minister of State for Environment, Food and Rural Affairs David Heath said “We cannot afford to shy away from tackling the rampant spread of TB throughout our cattle herds.”
Heath said that no one so far had come up with a “workable alternative to the cull which would give us the positive impact we need right now.”

Queen guitarist Brian May, who represented the Save Me campaign to protect badgers, had previously called the planned cull “scientifically, practically, and ethically indefensible”.

As the news was announced he told The Guardian “We’re delighted that the badgers have had a reprieve. That goes without saying. Waking up this morning and realising they will live, rather than die, is great news for us.”

“It’s by no means the end of the line. What we need is a complete abandonment of this plan to cull badgers, which has always been irrelevant…I would like to thank the public for rallying around so magnificently, showing that they would not stand for this ill-conceived killing of wild animals.”

TNT recently spoke to some of the campaigners as well as representatives of the National Farmers Union for our feature ‘Badgered: Fury and contention rise over the cull of 130,000 badgers‘