A 74-year-old Queensland man and 12 other seniors leapt out of a plane in an Australian skydiving first.

The group accomplished the first sequential formation skydive by people over 60, jumping from 14,000ft above Toogoolawah, northwest of Brisbane.

The oldest, Gordon Turner, 74, said: “It went very smoothly. There’s some debate on whether we should all have a nap this afternoon! It’s a good advertisement for old people not to sit on the lounge chair, get out there.”

It was the first time a group of over 60s had performed the feat in Australia.

A hunter survived getting lost in the remote area of Mount Allan for 24 hours by cuddling up to his dogs.

Douglas McGhie, 31, was found in the forestry block area in Dunedin after he went hunting for pigs with friends.

After catching one, the dog ran off, so McGhie went to look for it, taking a wrong turn and losing his pals.

When it got dark, he burrowed into a hill, cuddled his dogs and covered himself with baby pines. He started walking again at dawn, drank puddle water to quench his thirst, and eventually happened upon some rescue workers.

He said he was overwhelmed 90 people had searched for him by foot, 4WD, river, rail and air. McGhie added he would take a survival kit, food and water on pig hunts. 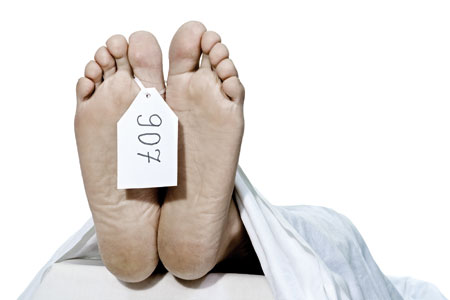 It’s enough to make your blood run cold: a developer is considering turning an old morgue into a hotel. Guests could be spending the night on cold slabs once used for autopisies if plans to redevelop Willow Court in Tasmania get the green light.

The 1950s morgue, on a site which also housed a convict hospital from 1830, served psychiatric patients as well as the wider community before it was closed down 12 years ago.

Hadyn Pearce, the owner, said he hoped the hotel, which would use the pull-out fridges used to store bodies as beds, would “attract the unusual” and described the dissection table as “our main suite”. 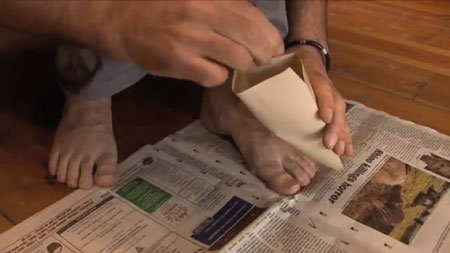 Forget petitions, a South African artist is fighting the rhino-poaching epidemic by sending toenail clippings to the Chinese embassy.

In a YouTube clip, Mark Wilby lashes out at the “brutal ignorance and inhumanity being inflicted on the rhinoceros”.

Wilby highlights the killing of the beasts for their horns, which in some Asian countries are believed to have medicinal value as fever reducers and cancer cures.

A record 455 rhinos have been killed illegally in South Africa so far this year.

Wilby stuffed the clippings in an envelope and mailed them to the embassy in Pretoria. “Yes, it is disrespectful – but that concern pales next to the brutal ignorance and inhumanity being inflicted on the rhinoceros,” he said. 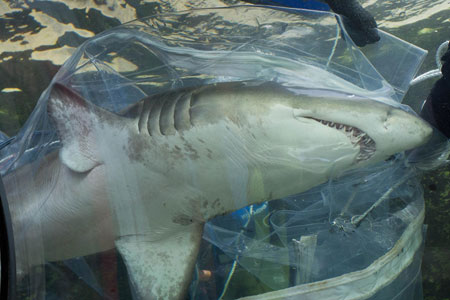 It was just like transporting goldfish to a new fish bowl, except these customers weighed 300kg each and had rows of sharp teeth.
In a six-hour operation involving two teams of divers, a crane and some giant plastic bags, three of Sydney Aquarium’s grey nurse sharks have been relocated to a new home.

Aquarist Amy Wilkes said the sharks were caught in super-sized plastic bags before they were removed from the water, loaded on to a carrying device, winched by crane to their new tank and released.

“It was a very big operation, but it all went according to plan,” she said. “We had one team to catch the sharks, and one to receive them.”

The three sharks, up to 3.2 metres long and weighing 300kg each, moved into their new 1.5 million-litre oceanarium with the help of 20 aquarists.

A couple caught doing the deed in a stranger’s flat were shamed when they were caught on camera.

Residents living in the apartment filmed the man and woman – who sneaked into an empty bedroom for a quickie – and put the clip on YouTube.

It was an awkward moment for the couple who had to do the walk of shame past five people after they had sex. The residents returned home from a party to find the strangers going at it.

The video has gone viral (and has now been taken down) and made it on the front page of thesun.co.uk. That’s embarrassing.