Music, masks and wrestling: Lucha Britannia is no ordinary workout

This is where Londoners congregate weekly, strap on gimp-ish masks and pounce on each other.

If you’re looking for an unusual way to get fit in the city, Lucha Britannia is it!

Wrestling sessions are held at Resistance Gallery, known for its edgy exhibitions such as Till Art Do Us Part – An Homage to Pain.

Fitting, I think, for the British version of Mexico’s famed Lucha Libre, or free wrestling, with roots in ancient Mayan mask culture.

Lucha Britannia has evolved into a hyper-physical performance, with outrageous fantasy characters and Monty Python-style. And they pull off some serious stunt man moves on a regular basis. 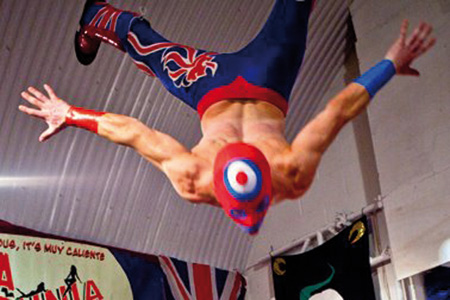 “It’s story-telling and physical theatre,” owner and instructor Garry Vanderhorne says. “But, in our live theatrical shows, mistakes cannot be made. Not only will it look really bad, it’s very dangerous.”

On cue, there’s a colossal thud on the practice mat. Two wrestlers spin each other around, flipping from a stationary position, and bounce off various parts of their bodies.

“You have to have complete trust in your opponent,” Greg Burridge, a pro wrestler and coach, says.

“Compared to other forms of wrestling, what we do is faster-paced and it’s high flying.”

It looks threatening and painful, but that’s the point. “It’s not ballet, but it will keep you really fit and stimulate your brain,” Vanderhorne says. Sure beats the gym. 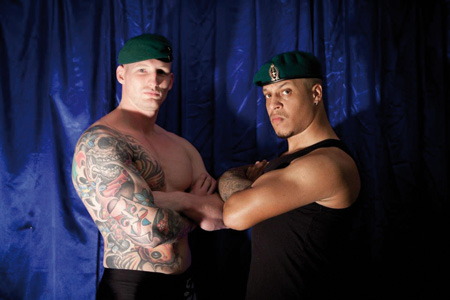 “People even come just for our warm-up,” he adds.

I can see why – 20 wrestlers and wannabes limber-up by dancing and stretching to rave music and strobe lights, and are occasionally interrupted by participants shouting “buttocks” after particularly taxing moves.

So leave your inhibitions at the door, mask up and get involved. 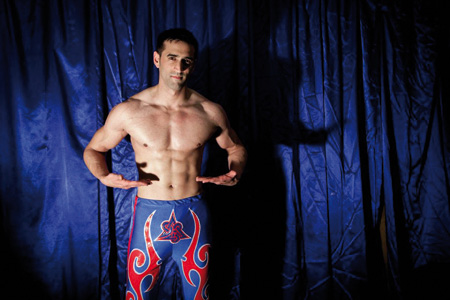 What: Join this club to learn Greco-Roman, freestyle wrestling and submission grappling skills and techniques.

What: They coach freestyle wrestling here, the very same discipline featured in the Olympics. Instructors will also teach you
a few sneaky Brazilian jiu jitsu, muay Thai and boxing moves to add to your arsenal.

What: Get taught the freestyle and Greco-Roman disciplines by professionals at this established competition-winning wrestling gym in east London.